One of the classic cold symptoms is a cough. When coupled with a runny nose, sneezing, sore throat, and fatigue, it can make patients feel pretty miserable. A cold usually runs its course after a week or so and most of the symptoms go away. But for some people, the cough hangs around a little longer. 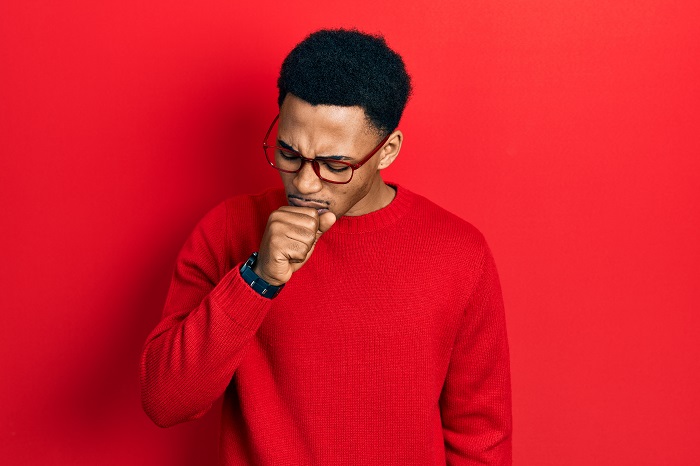 The lungs are quite sensitive, so when they are inflamed and irritated, it doesn’t take a lot to cause a cough.

So why do we cough and what can we do about it?

Dr Jonathan Parsons, director of the Asthma Center and division director in the Division of Pulmonary, Critical Care and Sleep Medicine at The Ohio State University Wexner Medical Centre, explained five things patients should know about a persistent cough.

Humans developed the ability to cough overtime to do a number of things. One is to eliminate things that are in the lungs that cause irritation. We’ve learned to cough to expel the mucus that may be down there. Another is to protect the airway from anything going into the lungs so patients don’t choke.

“We’ve all had the experience where we take a drink and it goes down the wrong pipe, we cough and it comes spraying out of our nose or mouth. That’s a reflex mechanism that we’ve developed to protect our airway,” Parsons said.

Sometimes there’s still some residual airway inflammation in the lungs from typical upper respiratory tract infections. So even after the real meat of the infection is gone and a patient starts to feel better, they have this cough because they still have some inflammation in the lungs. The lungs are quite sensitive, so when they are inflamed and irritated, it doesn’t take a lot to cause a cough.

“If you have an infection, it’s always good to drink plenty of fluids. Staying hydrated help thin out the mucus in your lungs and sinuses to help you get it out of there easier. If it’s thick and sticky, it’s hard for you to cough it out of your lungs or blow it out of your nose. If it’s thinner, it’s easier to expel,” Parsons said.

An expectorant works by loosening and clearing mucus and phlegm from the lungs, bronchi, and trachea making it easier to cough out.

A patient suffering from an upper respiratory tract infection with any kind of sinus congestion or runny nose will find that when they lie down to go to sleep, the mucus drains down the back of their throat on top of their upper airway, causing them to cough.

“For some patients, their cough is so severe that it disrupts their sleep to the point where they aren’t getting any sleep at all, which impacts their ability to function during the day. In that situation, you might consider taking a cough suppressant to blunt the cough reflex and assist with sleep,” Dr Parsons advised.

“When you’re in the middle of an infection and you’re coughing, it doesn’t seem like it’s ever going to end. It’s frustrating but it’s a normal, protective, and self-limited reflex,” said Dr Parsons.

Advise patients who are still coughing and feeling sick after three weeks to be evaluated by their doctor. If necessary, their doctor will refer them to a pulmonologist.

“In our cough clinic, the definition of a chronic cough would be a cough that is persistent for more than three weeks. That usually will extend past most viral infections or any other respiratory infection.” The common causes seen by Dr Parsons and his team are:

There are warning signs that a patient should seek medical care for a persistent cough before three weeks have passed.

“If you’re coughing up blood, spiking fevers, or have significant shortness of breath associated with the cough, you need to be evaluated quickly. You could have walking pneumonia. If you’re a smoker, it could be cancer. A doctor will examine you to determine the cause of the cough and establish a treatment plan,” Dr Parsons concluded.