While the weather’s still warm, the fact that autumn’s around the corner means OTC cold and flu meds will soon be flying off the shelves again. With no cure to the common cold of flu, relieving symptoms is the focus of treatment. The key is recommending the correct medications for patients’ individual symptoms. Because with so many all-in-one products, patients are at risk of taking medicines that they do not need, and this can increase the likelihood of side effects. Here we take a closer look at decongestants, antitussives, expectorants, and analgesics. 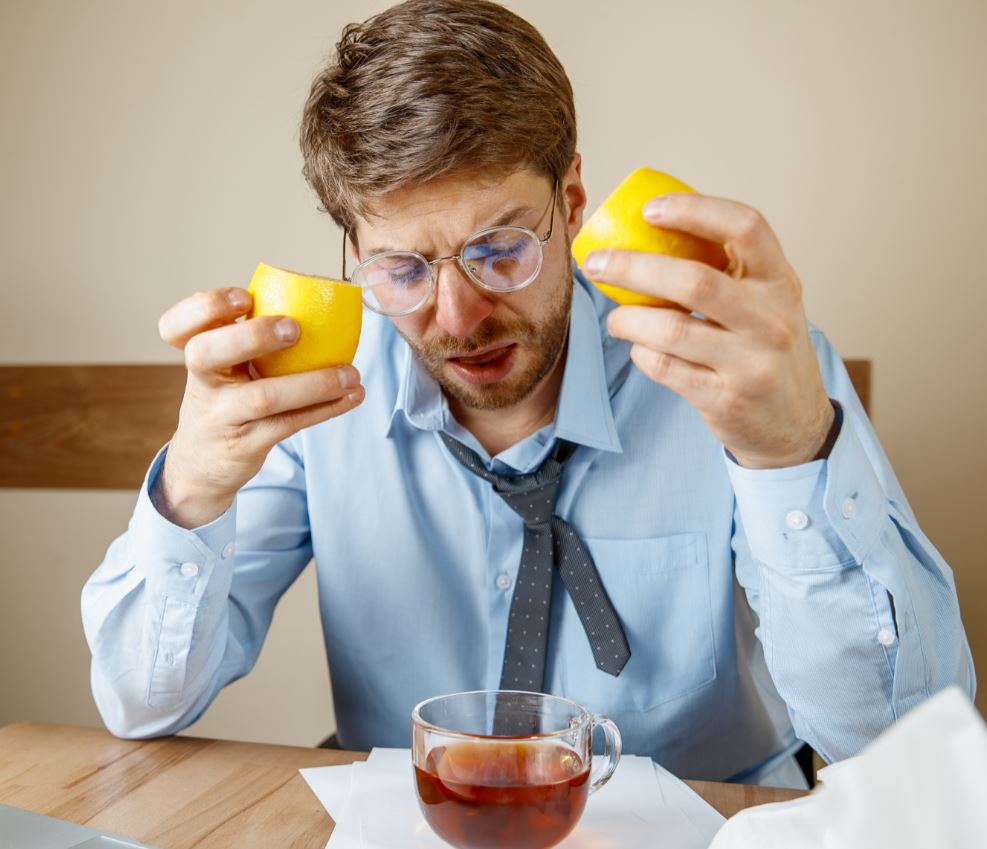 With no cure to the common cold of flu, relieving symptoms is the focus of treatment [Image: master1305/Freepik].

Although mild when suffering from a cold, general aches and pains are common symptoms in patients suffering from the flu and can be quite severe. On occasion, a patient may suffer from a sore throat acute enough to benefit from a painkiller. The two most common analgesics found in cold and flu medications are paracetamol and non-steroidal anti-inflammatory drugs (NSAIDs), in particular ibuprofen.

An analgesic (painkiller) is any member of the group of drugs used to achieve analgesia (relief from pain). “Paracetamol or ibuprofen can be helpful in relieving some cold symptoms such as fever, headache, ear pain, muscle, and joint pains,” said Dr Jorge Moreno, an internal medicine physician at Yale Medicine.

A common cold and flu symptom, congestion is caused by swollen nasal passages. The swelling leads to increased mucus production, resulting in a runny nose.

Decongestants are used to relieve symptoms of nasal congestion commonly caused by cold and flu.

Dilated blood vessels ​in the nasal and airway membranes are what cause congestion in the nose, sinuses, and chest. Decongestants work by narrowing those blood vessels, decreasing swelling and inflammation and the associated mucus production.

Cough is one of the most common complaints during cold and flu season. Professor of respiratory medicine at Royal Brompton Hospital, Professor Kian Fan Chung describes cough as “an essential innate protective mechanism that ensures the removal of mucus, noxious substances, and infections from the larynx, trachea, and large bronchi.”

Oral tablets and syrups, topical rubs, or are inhaled through a vaporiser.

In Applied Pharmacology, Dr Stan Bardal, Dr Jason Waechter, and Dr Doug Martin explain that antitussives inhibit cough through either a central or a peripheral mechanism, or a mixture of the two.

Expectorants increase secretion of mucins and are defined as drugs that induce discharge or expulsion of mucus from the respiratory tract.

Expectorants are indicated for the management of acute respiratory tract infections like the common cold and flu.

Expectorants break up congestion in the chest by thinning the mucus in the respiratory tract. This makes it easier for patients to cough up phlegm more easily. The most commonly available OTC expectorant, guaifenesin works by drawing water into the bronchi (the passageways that allow air into the lungs), which thins the mucous trapped there and loosens it, allowing it to be coughed up more easily.

There are several effective herbal preparations to treat cold and flu symptoms, many of which are made up of several natural ingredients. “Herbs such as Andrographis, Echinacea and berberine-containing plants can help reduce the duration and severity of the flu,” said Dr Amanda Reimann (Medical Herbalist & Biochemist at ATUNE Health Centres). “They have anti-viral as well as immune supporting activities. Herbs can also help to soothe a sore throat and encourage the production of mucus. This will help to relieve the symptoms of the flu.”