The B vitamins are water-soluble vitamins that help a variety of enzymes do their jobs. These range from releasing energy from carbohydrates and fat, to breaking down amino acids and transporting oxygen and energy-containing nutrients around the body, explained the Harvard TH Chan School of Public Health. 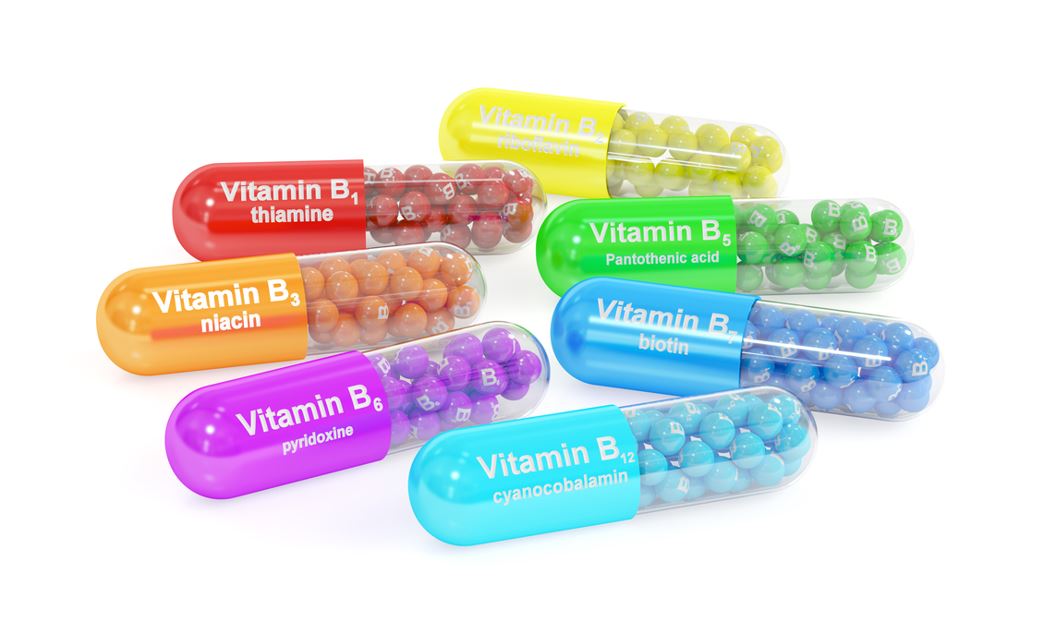 All B vitamins help the body convert food (carbohydrates) into fuel (glucose), which the body uses to produce energy.

Also known as thiamine, vitamin B1 plays a vital role in the growth and function of various cells. “Thiamine helps to turn food into energy to keep the nervous system healthy,” the NHS explained. Because it’s involved in so many basic cell functions and the breakdown of nutrients for energy, the Harvard School of Public Health warned that a deficiency can lead to various problems in the brain and heart that require a constant supply of energy.

Thiamine is found naturally in meats, fish, and whole grains. It is also added to breads, cereals, and baby formulas, and sold as a supplement.

“In addition to producing energy for the body, riboflavin (vitamin B2) works as an antioxidant, fighting damaging particles in the body known as free radicals,” explained Icahn School of Medicine at Mount Sinai. “Free radicals can damage cells and DNA, and may contribute to the aging process, as well as the development of a number of health conditions, such as heart disease and cancer. Antioxidants, such as riboflavin, can fight free radicals and may reduce or help prevent some of the damage they cause. Riboflavin is also needed to help the body change vitamin B6 and folate into forms it can use. It is also important for growth and red blood cell production.”

Riboflavin is found mostly in meat and fortified foods but also in some nuts and green vegetables and is sold as a supplement.

Like most of the other B vitamins, niacin is made and used by your body to turn food into energy, explained Mayo Clinic. “It helps keep your nervous system, digestive system, and skin healthy.

“Niacin (vitamin B3) is often part of a daily multivitamin, but most people get enough niacin from the food they eat. Foods rich in niacin include yeast, milk, meat, tortillas, and cereal grains.”

The main function of vitamin B5, or pantothenic acid, is the synthesis of coenzyme A (CoA) and so only directly affects this metabolic pathway, explained Sanvictores et al. in Vitamin B5 (Pantothenic Acid) published online in StatPearls 2022. CoA a chemical compound that helps enzymes to build and break down fatty acids as well as perform other metabolic functions.

Vitamin B5 is a naturally occurring substance found in various plants and animals (i.e., eggs, milk, vegetables, beef, chicken, and whole grains). It is also artificially added to foods.

Dietary supplements of vitamin B5 are available as vitamin B5 exclusively or in combination with other vitamins in multivitamin/multimineral products.

According to the NHS, vitamin B6, also known as pyridoxine, helps:

“It exerts a wide range of functions in the human body and has been associated with cancer, cardiovascular events, seizures, migraine, chronic pain, depression, cognitive failure, immune deficiency etc,” Kjeldby et al. said in Vitamin B6 deficiency and diseases in elderly people – a study in nursing homes published in BMC Geriatr 2013, 13:13.

Vitamin B6 is found in a wide variety of foods, including pork, poultry (such as chicken or turkey), some fish, peanuts, soya beans, wheatgerm, oats, bananas, milk, and some fortified breakfast cereals, the NHS advised. “The bacteria that live naturally in your bowel are also able to make vitamin B6.”

More simply put, biotin helps turn the carbohydrates, fats, and proteins in the food we eat into the energy we need.

Biotin is an essential nutrient that is naturally present in many foods and available as a dietary supplement.

Biotin deficiency is rare, but Harvard School of Public Health warned that alcoholism can increase the risk of biotin deficiency and other nutrients as alcohol can block their absorption. Also, because alcohol abuse is generally associated with a poor dietary intake.

“Folate is the natural form of vitamin B9 and naturally found in many foods. It is also added to foods and sold as a supplement in the form of folic acid; this form is actually better absorbed than that from food sources – 85% vs 50%, respectively,” explained the Harvard School of Public Health. “Folate helps to form DNA and RNA and is involved in protein metabolism. It plays a key role in breaking down homocysteine, an amino acid that can exert harmful effects in the body if it is present in high amounts. Folate is also needed to produce healthy red blood cells and is critical during periods of rapid growth, such as during pregnancy and foetal development.”

Folate is found mainly in dark green leafy vegetables, beans, peas, and nuts. Fruits rich in folate include oranges, lemons, bananas, melons, and strawberries. “Folic acid is an essential component of prenatal vitamins and is in many fortified foods such as cereals and pastas,” advised Mayo Clinic. “For most people, it’s best to get folate from food. A balanced diet usually provides all you need. However, folic acid supplements are recommended for women who are planning to become pregnant, could become pregnant, are pregnant or are breast-feeding. Folic acid supplements can also help people who have poor diets or conditions that interfere with the body’s ability to absorb folate.”

Also known as cobalamin, vitamin B12 aids in many essential bodily functions. According to Cleveland Clinic, vitamin B12 is an important vitamin for:

“It is absorbed in the stomach and then makes its way to your blood and cells. Any extra vitamin B12 is stored in your liver, for your body to save for the future.”

The National Institutes of Health Office of Dietary Supplements said that vitamin B12 is naturally present in foods of animal origin, including fish, meat, poultry, eggs, and dairy products. In addition, fortified breakfast cereals and fortified nutritional yeasts are readily available sources of vitamin B12 that have high bioavailability. It is also available as an oral supplement or in combination with other vitamins in multivitamin/multimineral products.

Vitamin B12 injections or nasal spray might be prescribed to treat vitamin B12 deficiency.