According to Alzheimer’s Disease International, this number is expected to rise to 78 million in 2030, and much of the increase will be in developing countries. Alzheimer’s progressively affects people over the age of 60 with mild memory loss, which leads to more serious recall, language, and thought problems if left untreated. Fortunately, its development can be effectively slowed through mental stimulation — one such activity is reading, which scientists have found to be one of the key pillars to maintain a healthy brain. 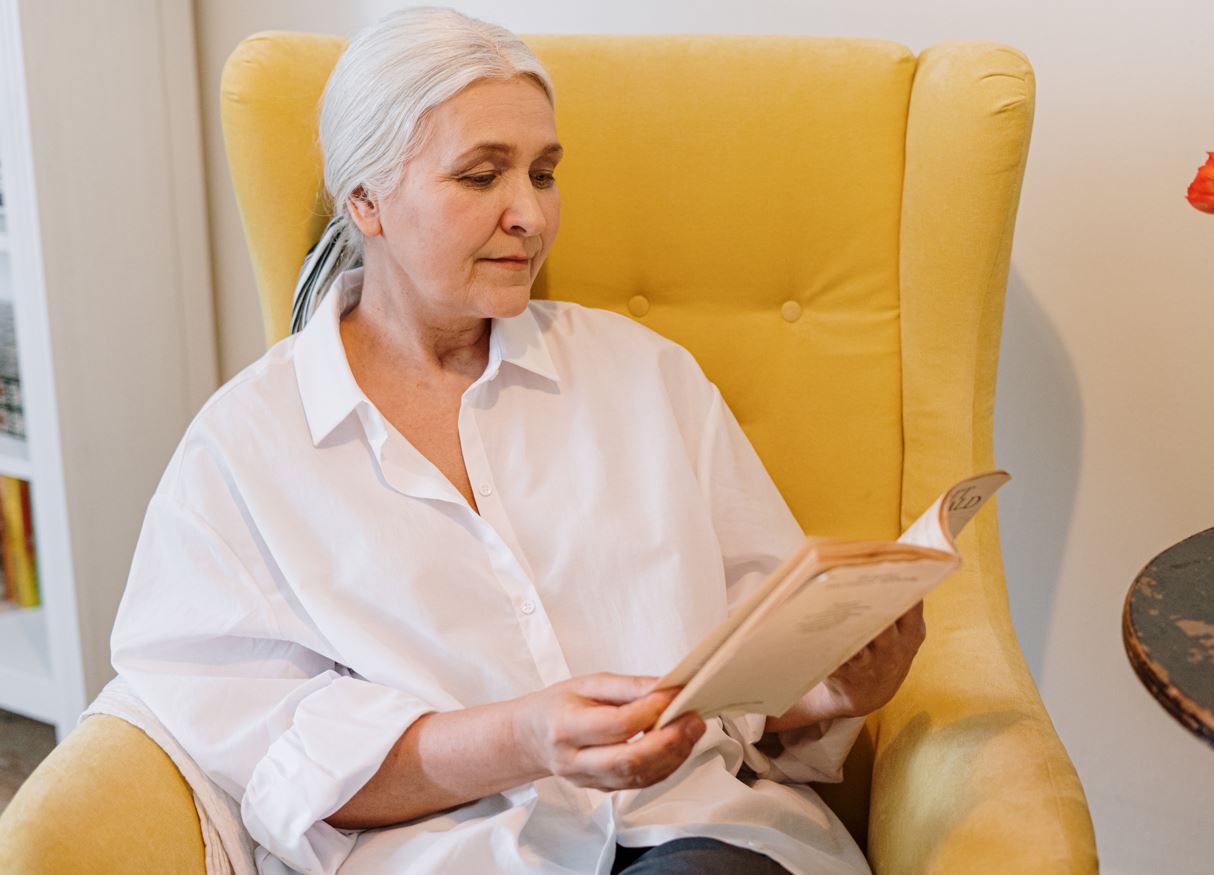 Reading and its effects on Alzheimer’s and dementia

Because Alzheimer’s is a neurological disorder, it’s been found that cognitively stimulating activities such as reading have links to a much lower risk of cognitive decline. In fact, older adults who participate in these types of activities can even delay the onset of the disease by up to five years. In a recent study published by Neurology.org, participants were asked to respond to questions to assess their levels of cognitive activity — how much time they spent reading each day, how often they wrote letters, or how often they played cards, checkers, puzzles, and other mentally stimulating games. Those with the highest levels of cognitive activity developed dementia at an average age of 93.6 years. Adversely, those with lower levels of cognitive activity developed the condition at an average age of 88.6 years.

That said, reading every day has been found to stimulate recollection and imagination, which can help preserve language and memory longer. Reading can also encourage seniors to learn new things and challenge their neurological processes, which can aid them with activities involving multiple tasks or requiring communication, interaction, and organisation.

What to read after an Alzheimer’s or dementia diagnosis

While most people with dementia often retain the ability to read, they may lose focus or get easily fatigued due to old age. Some even feel discouraged from reading because of this. For those with mild dementia, it’s recommended to choose short-story compilations, such as The Book of Extraordinary Impossible Crimes and Puzzling Death by Maxim Jakubowski. Short stories are ideal because they take up less time and can be read in separate sessions. You could also suggest short novels and news articles.

Rather than prose, poetry is a better choice during the moderate phase, especially if someone is reading the piece out loud. The Stone Beach by Simon Armitage, for instance, is well-loved by dementia patients because it is particularly descriptive and tickles the imagination. For more advanced stages, opt for familiar proverbs that resonate best. Moreover, books that incorporate both pictures and text can generally help readers retain focus longer, so coffee table books and travel magazines with lots of images are also great choices.

Being part of a support group such as the one launched by LiveWell Villages could be beneficial for families affected by this illness. Besides being a safe space for individuals and families impacted by Alzheimer’s and dementia, you’ll also have access to even more recommended literature as well as practical advice from members of the same community.

Alzheimer’s and dementia don’t have to be battled alone. In helping your loved ones stave off its development by encouraging them to read, you’ll be with them every step of the way.