An erect penis has long been seen as a symbol of a man’s masculinity, virility, and sexual prowess. However, more than 150 million men around the world are unable to persistently attain and maintain an erection sufficient to permit satisfactory sexual performance – defined as erectile dysfunction (ED). 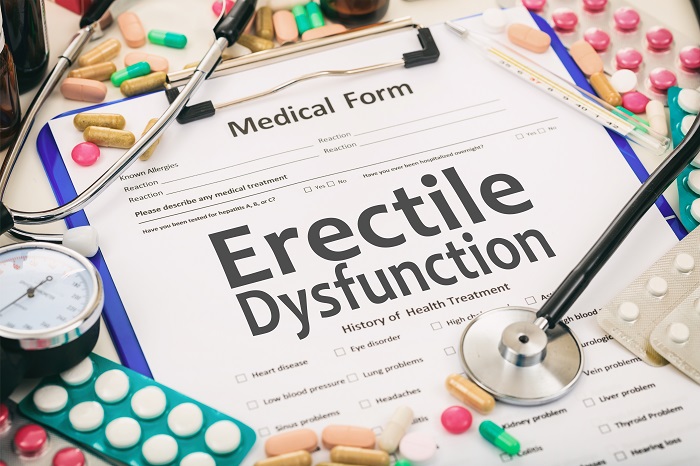 About 40% of men in their 40s will have some form of erectile dysfunction and this prevalence will increase about 10% per decade.

Not only does ED negatively impact the psychological well-being and quality of life (QoL) of those affected, but doctors caution that it may be a warning sign of a serious underlying medical condition including atherosclerosis, cardiovascular (CV) risk, and subclinical systemic vascular disease.

Sometimes described as a barometer of male health, ED in younger, even more than in older men, can be considered a harbinger of CVD and offers a unique opportunity to unearth the presence of CV risk factors, thus allowing effective and high-quality preventive interventions.

There are also strong correlations between ED and:

Most studies agree that ED not only affects the patient’s QoL but also that of his partner. Studies show that ED often leads to frustration, depression and anxiety in couples, and can even result in separation and/or divorce.

Men with ED are at high risk of depression and anxiety, which often exacerbates ED and vice versa. A recent study found that men with ED have a 1.39 odd ratio of suffering from depression, and 37% suffer from anxiety.

In men, the inability to sustain an erection can trigger a loss of sexual confidence leading to the avoidance of sexual situations. ED has also been associated with partner sexual dysfunction.

In the Female Experience of Men’s Attitudes to Life Events and Sexuality (FEMALES) survey, assessing the quality of their sexual experience, female partners of men (>20 years) complaining of ED, reported a significant deterioration of sexual satisfaction after the onset of ED in their partners.

A 2018 British survey of 2 000 men (aged 18-60) revealed that 31% felt a strain on their relationship as a result of ED, 31% even broken up with a partner due to the issue, 25% said they had lost confidence when dating, and 21% indicated that they developed mental health issues as a result.

According to the latest European ED guideline ED can be treated successfully, but it cannot be cured. The only exceptions are psychogenic ED, post-traumatic arteriogenic ED in young patients, and hormonal causes (e.g. hypogonadism and hyperprolactinaemia), which can potentially be cured with specific treatment.

Inhibition of PDE5 results in smooth muscle relaxation with increased arterial blood flow, leading to compression of the subtunical venous plexus followed by penile erection. In SA, three potent selective PDE5Is have been approved for the treatment of ED, namely Tadalafil, Sildenafil, and Vardenafil.