Erectile dysfunction (ED) is defined as the persistent inability to obtain and maintain an erection sufficient to permit a satisfactory sexual performance. In projections for 2025, the prevalence will increase by nearly 170 million men to 322 million worldwide, with the largest increases in Africa, Asia, and South America. 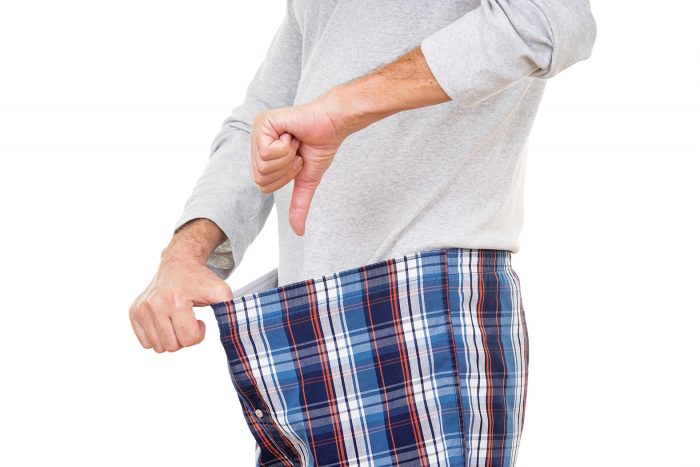 The objective of a study by Vansintejan et al was to determine the prevalence and severity of ED in a sample of the Belgian MSM population, without HIV-infection

ED is a shared sexual disorder for both men with ED and their sexual partners, but this fact is not well understood by affected couples or treating physicians. The relationship between the patient with ED and his sexual partner should be comprehensively assessed. Lack of active involvement of the partner in current medical treatment might contribute to a low recovery from, and unsatisfactory rehabilitation of ED.

Limited data are available on ED in the men who have sex with men (MSM) population. Sandfort and de Keizer summarised 19 empirical studies of sexual problems in MSM and provided some data on the prevalence of ED ranging from 20% to 90%. Bancroft et al studied erectile and ejaculatory problems in gay and heterosexual men and found that ED was reported more frequently by MSM and premature ejaculation more frequently by heterosexual men. Hirshfield et al recently found in an internet sample of 7001 American MSM a prevalence of ED of 45%.

A variety of psychosocial causes for EDs in MSM have been described in the literature. Paff attributed a major role to performance anxiety, closely tied to an individual’s masculine identification. The increased emphasis in the gay community on being ‘macho’ might have promoted the stress on performance and induced the anxiety that one is unable to perform. According to Paff, ED is also commonly found in intimate gay relationships, where it can express a variety of conflicts between the partners, as well as fear of intimacy or fear of rejection.

HIV infection is also associated with sexual dysfunction. The use of antiviral therapy for HIV infection has negative side effects on the ability to get an erection. Additionally, psychological issues such as depression, performance anxiety, or fear of infecting others can cause ED. HIV-positive status and homosexuality make people more vulnerable to the development of sexual dysfunctions. Shindel et al found more ED in MSM with progressive HIV infection. In recent years, the use of phosphodiesterase type 5 (PDE5) inhibitors has become popular as a sexual enhancement aid among some men with ED. There are no specific data available on the use of these drugs among MSM. Shindel et al reported that the use of PDE5 inhibitor drugs was much more common in HIV-infected men.

The objective of a study by Vansintejan et al was to determine the prevalence and severity of ED in a sample of the Belgian MSM population, without HIV infection. In addition, the researchers evaluated the relevance of patient characteristics (such as age, relationship, and education) and their sexual behaviour on the presence of ED. They hypothesised that these factors would influence ED in the MSM population and heterosexual men in a similar manner. Lastly, they investigated the use of PDE5 inhibitors among Belgian MSM.

To determine the prevalence of erectile dysfunction (ED) in a sample of the Belgian men who have sex with men (MSM) population, and to assess the relevance of major predictors such as age, relationship, and education. We investigated the use of phosphodiesterase type 5 (PDE5) inhibitors among Belgian MSM.

An internet-based survey on sexual behaviour and sexual dysfunctions, called GAy MEn Sex StudieS (GAMESSS), was administered to MSM, aged 18 years or older, between the months of April and December 2008. The questionnaire used was a compilation of the Kinsey’s Heterosexual–Homosexual Rating Scale, Erection Quality Scale (EQS), and the shortened version of the International Index of Erectile Function (IIEF-5).

Forty-five per cent of participating Belgian MSM reported some degree of ED and 10% used a PDE5 inhibitor to improve erections. Older MSM reported more ED. MSM, who were in a steady relationship or frequently had sex with a partner, reported less ED. MSM with ejaculation problems indicated having more ED.

Relationship between ed and sexual self-confidence

Sexual self-confidence has been shown to be associated with erectile function (EF) in men receiving PDE-5 inhibitor therapy. However, few studies have investigated the pathways (for example, sexual satisfaction, communication, time concerns and spontaneity) through which improvements in sexual self-confidence occur. Sontag et al examined this relationship using a path analysis model in men with ED enrolled in an open-label clinical trial of 20mg tadalafil, administered on-demand over 12 weeks.