Two major wearable studies were recently launched. One by the University of California San Diego, and the second, by Stanford Medicine who teamed up with Scripps Research and Fitbit. Possibly the most challenging factors when it comes to fighting the global COVID-19 pandemic are the disease’s incubation period, and the ability to track and predict it’s spread. 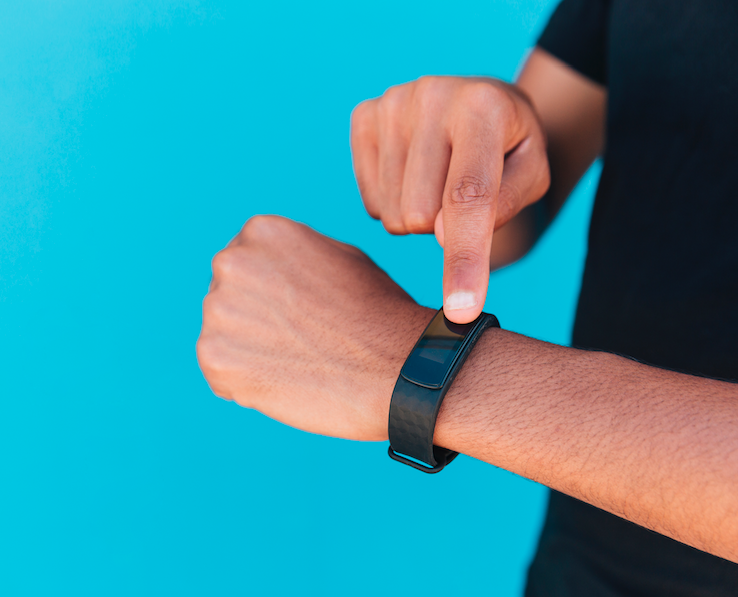 Although the average is five to six days, it can take up to 14 days before symptom onset. To better understand early signs of COVID-19 and the virus’ spread, physicians across America and data scientists at University of California San Diego (UC San Diego) are working together to use a wearable device to monitor more than 12 000 people, including thousands of healthcare workers. Based on early data analysis, the researchers seem able to predict whether someone is getting sick; whether it’s going to be mild or severe; and potentially whether the illness is specifically COVID-19.

“This will be the deepest data dive into an illness that has been attempted and carried out,” said Dr Benjamin Smarr, who leads the data analysis effort and is a professor of data science and bioengineering at the Jacobs School of Engineering at UC San Diego. “The basic idea is that in the future, it would be nice if we had some intelligence in our health infrastructure around who’s getting sick where,” said Dr Smarr.

“As a society we want to know that, and these wearables right now are the best way to get that data. So, in some ways this is a test case for whether we can rally around COVID-19 as a way of smoothing out public-private partnerships, the ways in which individuals share data, and from there, come up with the physiological patterns that identify COVID-19.”

The ultimate goal is to develop the equivalent of a weather map for COVID-19 spread and severity, based on developing algorithms for sickness prediction and early alert, with the help of Ilkay Altintas, the chief data science officer at the San Diego Supercomputer Centre and a fellow at the Halicioglu Data Science Institute at UC San Diego. “Our first push is to get as many people involved as possible,” said Dr Smarr.

The wearable device is a ring provided by Oura, a Finnish start-up. The ring monitors a range of signals, including continuous temperature, heart rate, respiration rate, and activity. Initial analysis suggests that a destabilisation of temperature happens a couple of days before coronavirus symptoms manifest. The Oura ring detects this pattern. The app also reports daily temperature changes, which can be a signal for healthcare workers to check their temperature with a thermometer and stay home if it’s elevated. More than 10 000 Oura ring users have signed up to provide data and fill out questionnaires for this study.

Researchers at UC San Francisco have also equipped healthcare workers at the UCSF Medical Centre and Zuckerberg San Francisco General Hospital with the device free of charge. As part of the study, Santa Clara Valley Medical Centre will also receive rings for 1 000 healthcare workers. The hospital, located in San Jose, the third largest city in California, is in one of the areas most severely affected by COVID-19.

“Our healthcare workers are probably the worst hit,” said Dr Marco Lee, a neurosurgeon at Santa Clara Valley and a clinical professor of neurosurgery at Stanford University, who first brought the idea of using the device there. “We want them to feel that we are supporting them and providing them with tools so they may get an early warning.” Lee also said he hopes the study will help gather crucial data about the coronavirus and how it manifests itself. “We don’t know what the study will show,” said Dr Lee.

“But this is a unique situation and we suddenly have a device where we can monitor a group that is very susceptible to infection.” Ultimately, said Dr Smarr, the researchers hope to use the data to predict the virus’ spread and set up an early alert system.

Stanford Medicine scientists also hope to use data from wearable devices to predict the onset of viral infection, including COVID-19. Along with their collaborators, Fitbit and Scripps Research, Stanford Medicine researchers have launched the new ‘COVID-19 Wearables Study’ that aims to detect early signs of viral infection through data from smartwatches and other wearable devices.

By using wearable devices to measure things such as heart rate and skin temperature, which are known to elevate when the body is fighting off an infection, the team seeks to train a series of algorithms that indicates when your immune system is acting up. If the algorithms succeed, the team hopes they could help curb the spread of viral infections, such as COVID-19.

“Smartwatches and other wearables make many, many measurements per day, which is what makes them such powerful monitoring devices,” said chair of genetics at the Stanford School of Medicine Professor Michael Snyder. “My lab wants to harness that data and see if we can identify who’s becoming ill as early as possible – potentially before they even know they’re sick.”

For the study, Prof Snyder is collecting data from five different brands of wearable devices, including a smart ring and a variety of smartwatches. He hopes the algorithms will eventually alert people that they might have viral illnesses, including COVID-19, up to two-three days before symptoms of the virus show up.