Dr Lavinia Lumu, currently in private practice with a special interest in perinatal psychiatry and currently running a pro-bono maternal mental health clinic at the Rahima Moosa Mother and Child Hospital, recently presented a webinar for Medical Chronicle. This was made possible by Dr. Reddy’s. The following article is based on her presentation. 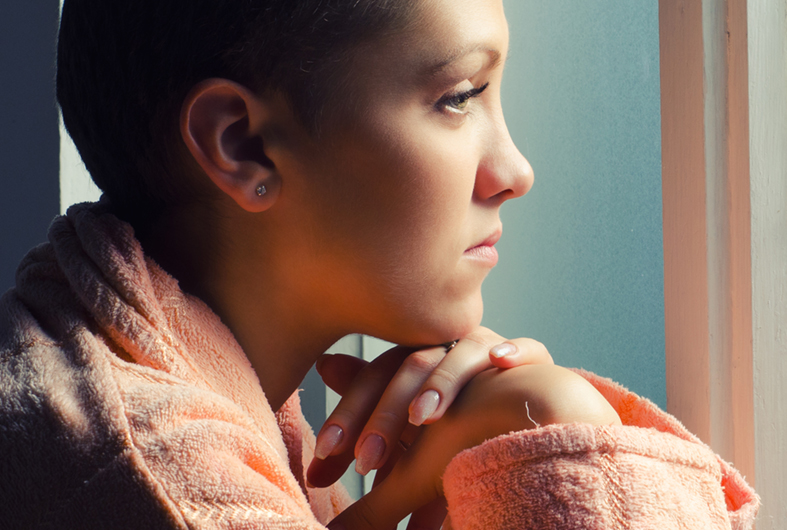 Heritability is significantly greater in females than in males

To watch the replay of this webinar and earn a CPD point, go to: https://event.webinarjam.com/go/replay/472/xq0nqa6rup7ckxs9

Email john.woodford@newmedia.co.za to let him know that you have watched the replay.

Globally, more than 300 million people of all ages suffer from depression.​ To date, over 530 million people have been infected with Covid-19. Depression is a common illness worldwide with an estimated 3.8% of the population affected, including 5% among adults and 5.7% among adults older than 60 years.

Currently, an estimated 100 million people in Africa suffer from clinical depression, including 66 million women. ​Close to 800 000 people die due to suicide every year. Suicide is the second leading cause of death in 15-29-year-olds.

Depression is the leading cause of disability worldwide and is a major contributor to the overall global burden of disease. The World Bank considers it ‘the greatest thief of productive economic life’. ​

Globally, mental, neurological and substance use disorders cost between $2.5 and 8.5 trillion dollars per year. That figure is projected to nearly double by the year 2030.​ More than 75% of people in low- and middle-income countries receive no treatment.

A new analysis published in The Lancet showed that the Covid-19 pandemic led to a stark rise in depressive and anxiety disorders globally in 2020.​ The overall number of cases of mental disorders rose dramatically, with an additional 76.2 million new cases of major depressive disorders worldwide.

Is it really a disease?

The average human brain has about 100 billion neurons. The precise mechanisms by which depression develops is incomplete, and this is partly because depression is a heterogeneous disorder with a complex phenomenon and multiple potential aetiologies.​

This hypothesis proposes that the reduced availability of these major monoamine neurotransmitters (5HT, NE, and DA) results in decreased neurotransmission and impaired cognitive performance which may lead to depression.​​

The functional deficiency of monoamines seen in depression could also result from decreased protein transporter functions and abnormalities in the neurotransmitter receptor function.​

Noradrenergic neurons spread from the brain stem to almost all brain areas where norepinephrine (NE) modulates the function of the prefrontal cortex, the processing of working memory and regulates behaviour and attention.​

Alterations in cerebral 5HT levels have been linked to changes in behavioural and somatic functions (including appetite, sleep, sex, pain response, body temperature and circadian rhythm) that are seen in depression.​

Family, twin and adoption studies, and epidemiological evidence provide convincing evidence for a genetic contribution to the development of depression.​

Heritability is significantly greater in females than in males corroborating the higher incidence and prevalence of most forms of depression in females.​

Several genes have been associated with the development of depression, however, only a few genetic polymorphisms have significant relationships. Some of these genes include the:​

Dysregulation of the hypothalamic-pituitary-adrenal (HPA) axis

Notable life events that precede depression can include death of a spouse, divorce, loss of job or redundancy and retirement, unwanted pregnancy, social isolation, sexual trauma, childhood abuse, fighting and war, and major accidents or even a global pandemic ie Covid-19.​

Stress mediates the activation of the HPA-axis.​

They function as regulators of all other immune cells (eg, lymphocytes, monocytes, neutrophils, basophils, eosinophils and natural killer cells) involved in the process of inflammation in the body.​

Several immunologic or inflammatory cytokines have been implicated in the pathogenesis of depression. ​

Neurogenesis in adult individuals involves the generation of entirely new neurons and neuronal connections in the dentate gyrus of the hippocampus and the sub-ventricular area of the lateral ventricles. ​

In depression pathophysiology, it has been proposed that a lack or reduction in adult neurogenesis capacity causes depression.​

Psychotherapy is a collaborative treatment based on the relationship between an individual and a psychologist. ​

Grounded in dialogue, it provides a supportive environment that allows the patient to talk openly with someone who’s objective, neutral and non-judgmental. ​

There are several approaches to psychotherapy – including cognitive-behavioural (CBT), interpersonal, and other kinds of talk therapy – that help individuals work through their problems.​

The psychologist works together with the patient to identify and change the thought and behavioural patterns that perpetuate the mental illness.​

Isoniazid was developed for the treatment of tuberculosis and proved to be a successful antitubercular compound as the mortality rate of tuberculosis significantly decreased. ​

While developing new antitubercular compounds, Fox and Gibas (1953) synthesised Iproniazid, a monoalkyl derivative of isoniazid, which would later serve as a catalyst for pharmacological treatment of MDD. ​

Clinical observations reported marked ‘side effects’ of Iproniazid in patients being treated for tuberculosis, which included euphoria, psychostimulation, increased appetite and improved sleep. ​​

Thus, Iproniazid became the first successful pharmacological treatment for depression and is classified as a MAO inhibitor.​

As a result of the discovery and success of Chlorpromazine for the treatment of schizophrenia, the search for more potent antipsychotic drugs intensified. ​

One compound in particular, G22355 (Imipramine), was derived from Promethazine. ​​

Dr Roland Kuhn one of the researchers, identified that although Imipramine did not exhibit antipsychotic properties in patients with schizophrenia, Kuhn found that imipramine produced marked improvements in patients suffering from severe depression. ​

In the late 1960s evidence began to emerge suggesting a significant role of serotonin in MDD. For example, a post-mortem study revealed decreased concentrations of serotonin in depressive suicides (Shaw, Eccleston, & Camps, 1967).​

As a result, the pharmaceutical company Eli Lilly began developing ligands that would selectively inhibit the reuptake of serotonin at serotonin transporters, and as a result would increase serotonin concentrations within the synaptic cleft. ​

Since the introduction of Fluoxetine to the market, several other SSRIs have been approved by the FDA (eg Sertraline, Citalopram, Paroxetine and Escitalopram).​

Agomelatine, Vortioxetine, Desvenlafaxine: No data available on use in pregnancy​.

What about electroconvulsive therapy (ECT)?

ECT is among the safest and one of the most effective treatments available for depression. With ECT, electrodes are placed on the patient’s scalp and a finely controlled electric current is applied while the patient is under general anaesthesia. ​

The current causes a brief seizure in the brain. ECT is one of the fastest ways to relieve symptoms in severely depressed or suicidal patients. It’s also very effective for patients who suffer from mania or several other mental illnesses.​

ECT is generally used when severe depression is unresponsive to other forms of therapy. Or it might be used when patients pose a severe threat to themselves, or others and it is too dangerous to wait until medications take effect.​

Although ECT has been used since the 1940s and 1950s, it remains misunderstood by the public including the incorrect belief that the patient is painfully ‘shocked’ out of the depression. ​

TMS creates a magnetic field to induce a much smaller electric current in a specific part of the brain without causing seizure or loss of consciousness. The current is caused by the magnetic field created by an electromagnetic coil that delivers the pulses through the forehead.​

Approved by the FDA in 2008 for treatment-resistant depression, TMS works best in patients who have failed to benefit from one, but not two or more, antidepressant treatments. ​​

Also, unlike ECT, TMS does not require sedation and is administered on an outpatient basis. Patients undergoing TMS must be treated four or five times a week for four to six weeks.​

The FDA approved it as an anaesthetic for people in 1970. It was used in treating injured soldiers on the battlefields in the Vietnam War.  ​

Ketamine was used as a sedative with potent analgesic properties.​

Emergency responders would administer Ketamine to agitated patients who, for example, have been rescued from a suicide attempt.​

Doctors began to realise that the drug had powerful effects against depression and suicidal thoughts.​

Ketamine has affinity for the NMDA receptors in the brain. ​

Binding to these receptors, increases the release of Glutamate – a neuroexcitatory neurotransmitter.​

Dosage: Administered intravenously at a subanaesthetic dose of 0.5 mg/kg as a bolus. The patient should be monitored for one hour after administration to confirm effects. Six doses can be given over two weeks and then the patient can be reassessed by their psychiatrist.​

Side effects: Ketamine can cause dissociations; visual and sensory distortions; a distorted feeling about one’s body; temporary unusual thoughts and beliefs; and a euphoria.​

On March 5, 2019, the US Food and Drug Administration (FDA) approved the first new medication for major depression in decades. ​

The drug is a nasal spray called esketamine, derived from ketamine – an anaesthetic that has made waves for its surprising antidepressant effect.  ​

Because esketamine has demonstrated efficacy in treatment-resistant depression, the FDA expedited the approval process to make it more quickly available.​

In one study, 70% of patients with treatment-resistant depression who were started on an oral antidepressant and intranasal esketamine improved, compared to just over half in the group that did not receive the medication (called the placebo group). ​

Depression is a serious disease that needs public health urgency because it results in significant disability and death.​

As health practitioners we should not allow stigma to deny patients access and treatment.​