Dr Johann de Wet, a dermatologist and Mohs Micrographic Surgeon in private practice in Stellenbosch, recently presented a webinar for Medical Chronicle on the topic: Beyond UVA-UVB protection; high-energy visible blue light, the new frontier. This webinar was made possible by Pierre Fabre. The following article is based on Dr De Wet’s presentation. 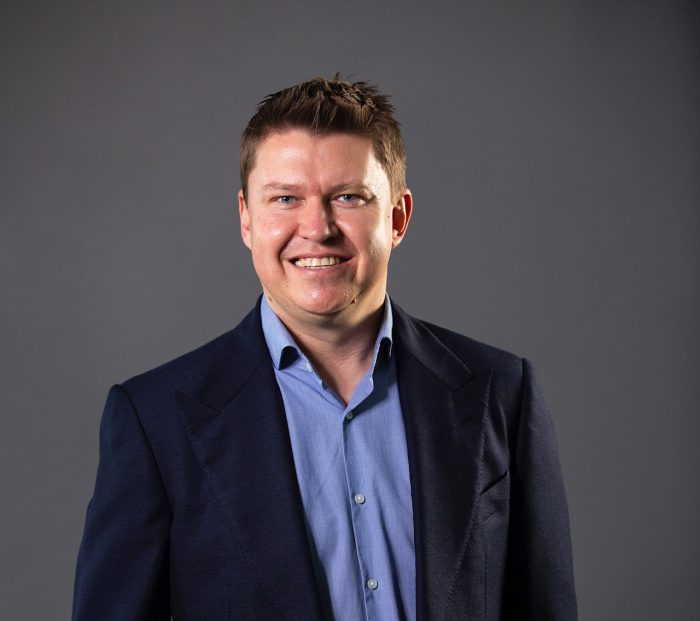 Dr Johann de Wet looked at the properties of TriAsorB

You can watch the replay here: https://event.webinarjam.com/go/replay/382/ox64xuqzhzwt24a0

Sunscreen has been gradually evolving, and new photoprotective ingredients are continuing to be produced in response to growing scientific evidence on the effect of solar radiation on the skin. To combat the deleterious effects of sunlight on the skin, additives have been used or proposed in sunscreens to enhance photoprotection and help prevent photoaging​, such as:

Choosing the right sunscreen has been increasingly difficult and confusing for consumers due to a wide range of sunscreens launched by cosmeceutical companies.

Research has been focused on the harmful effects of UV light that has the highest photon energy and the biggest impact on skin, although this waveband accounts for only 5% of the solar spectrum. ​It is well known that UVB (290–320nm) induced erythema, pigmentation, immunosuppression, alterations of extracellular matrix with collagen/elastin network remodelling, but also initiates carcinogenesis. However, UVA (320–400nm), especially the longest forms known as UVA1 (340–400nm), are also able to induce the formation of DNA lesions even if they are a lot less powerful than UVB. ​

Moreover, it is established that a part of the DNA damage induced by UVA is mediated by the generation of reactive oxygen species (ROS) in sun-exposed skin.​

UVA is also responsible for photoaging (collagen breakdown, irregular spotty pigmentation). Thus, sunscreens have been initially developed to protect the skin against UVB rays and their efficacy was extended to UVA to provide a broad spectrum UVB + A photoprotection for consumers.​

What is high-energy visible blue light?​

The main source of blue light is sunlight. ​The visible spectrum represents more than 50% of solar radiation and these wavelengths penetrate the deepest parts of the dermis. ​Additional sources include digital screens, such as cell phones, computers, laptops and TVs; light-emitting diodes.

What are the effects of HEVBL?​

There is increasing evidence that infrared light (IR; 700nm–1mm) and VL (400–700nm), predominantly in the blue light range (380–455nm), plays a role in photodamage and photoaging. ​The effects of radiation beyond UV (visible light and near infra-red) were first reported in 1983, showing its role in inducing prolonged hyperpigmentation.​ This earlier finding was supported by a more recent study (Mahmoud et al, 2010) which has proven the prolonged hyperpigmentation induced by visible light.​

The evidence suggests that VL and IR may play a significant but underreported role in photoaging and dyspigmentation. ​

Although the exact mechanisms are not yet fully understood, increasing literature indicates a need for photoprotection against the broad spectrum of electromagnetic radiation (UV, VL, and IR) to prevent photoaging​.

A new sun filter from the 1,2,4-triazine family was recently described for improving performance and efficacy in solar protection.​ The filter was 5,6,5′,6′-tetraphenyl-3,3′-(1,4-phenylene) bis[1,2,4-Triazine] and was called TriAsorB (CAS N°55514-22-2).​ It was approved by the Scientific Committee on Consumer Safety (SCCS) of the EC.​

TriAsorB is an innovative sun filter that might be used in sun care products for skin photoprotection from UV to VL radiations​.

The safety of TriAsorB was previously assessed by the US Scientific Committee on Consumer Safety.​ Sun filter safety was evaluated on genotoxicity/phototoxicity assays but also acute toxicity and skin irritation, completed by availability analysis. ​

Based on the data provided, calculation of margin of safety (MOS) was 980, a value largely superior to the recognised safety limit of MOS ≥100, and it was concluded that TriAsorB is considered safe for use as a sun filter in sunscreen products at a concentration up to 5%. ​

In this respect, it was formulated as a cosmetic ingredient at 5% into a sun care formulation. ​

The photoprotective efficacy of TriAsorB from UV to IR was evaluated by spectrophotometric assays. The photoprotective efficacy of TriAsorB was evaluated from UV to IR by spectrophotometric assays and was compared to those of Tinosorb SR, a broad spectrum UVB + A sun filter.​ The results showed that TriAsorB presents the ability to absorb and reflect VL, especially in the 400 to 450nm spectral range corresponding to blue light.​

After topical application of TriAsorB, 8-hydroxy-2′-deoxyguanosine (8OHdG) was detected by immunohistochemistry as a biomarker of oxidative DNA damage.​ TriAsorB topical application allowed to maintain a low level of 8OHdG in the blue light-exposed epidermis​.

The difference between control and TriAsorB formulations was significant (p <0.02). Thus, TriAsorB provides an effective photoprotection against blue light-induced oxidation​.

Genoprotection assays were performed after topical application of TriAsorB formulation​

TriAsorB has no reported risk to human health and represents a new generation of non-soluble organic sunscreen effective against UVB + UVA and blue light. ​

It might be used in combination with other specific sun filters, such TinosorbS, but also with antioxidants (vitamin C/E) to provide a very efficient skin photoprotection from UV to blue light.​

The perception of sunscreen use has shifted from purely protecting against ultraviolet (UV) to also include VL. Evidence suggests that visible light and infrared light may play a role in photoaging and should be considered when choosing a sunscreen.​ TriAsorB is an innovative sun filter that might be used in sun care products for skin photoprotection from UV to VL radiations.