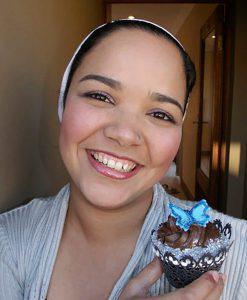 A young Capetonian gynaecologist is on course to become SA’s first locally certified Urogynaecologist, and it won’t come a moment too soon for her two mentors and others in the field who have battled for years to see this ‘unsexy’ discipline get the recognition it deserves.

“That’s how many women there are who need our help, indicating the many, many more who are still thinking there is nothing that can be done for them, so just existing with their conditions,” Dr Ras said.

Urinary incontinence and pelvic organ prolapse, which Dr Ras’s research has shown, is wrecking too many lives of women older than 50.

Dr Ras, 35, is passionate. She is aware that she is leading the charge in respect of not only securing official recognition for the sub-speciality of urogynaecology in South Africa, but also changing women’s lives for the better.

She is Drs Jeffery and Kruger’s first urogynaecology fellow, who will be officially registered by the HPCSA after it recognised the field just last year. The registry is still to become a reality, but Dr Ras will complete her fellowship in October 2018, and hopes she will see many gynaecologists follow in her footsteps.

“General gynaecologists with a special interest in urogynaecology have been practicing in the field for many years, but anyone who wanted to be formally certified previously had to go overseas to do so,” she explained.

As to why she’s so passionate, Dr Ras added: “This is women’s silent shame. They don’t talk about it. They don’t think there is anything they can do about it.

“They think they smell constantly of urine, they don’t want to have intercourse with their partners in case they leak on them, they stop going out with friends because they are afraid they may leak in the car, they stop exercising, put on weight and get depressed.

“They socially withdraw, relationships break down and this may often lead to depression.”

Drs Ras, Kruger and Jeffery are working daily to ensure women don’t go down this path as they age, adamant they will spread the word across the country that there is treatment, some of it cutting-edge, and that there are doctors who care.

Dr Ras explained that urogynaecology was the “unsexy” stepsister of gynaecology, which was why Drs Jeffery, Kruger and a few like-minded colleagues had to fight such a long and difficult battle for its recognition.

“Think of the other fields within gynae; fertility – you make people pregnant, it’s happy. Oncology is life-threatening, so you save lives. But there’s no glamour in urogynaecology, and it’s generally a condition of the older, forgotten population, and that’s why it hasn’t had the attention it deserves,” she said.

Other than Drs Jeffery and Kruger, there are South African gynaecologists working in the field of urogynaecology via the so-called grandfather clause, which means they are recognised as such by their colleagues thanks to their expertise and wealth of experience. But they don’t have the formal certification from a registering board, unless they have travelled overseas to study.

So Dr Ras said she was now standing on the edge of a huge, untapped universe of possibility, and that while she was excited at the cutting-edge work she would still do, her heart remained with the women she helped every day.

She currently works mostly at Groote Schuur Hospital under the mentorship of one of very few women in the field, Dr Kendall Brouard. But she also spends time each week in the private sector at Vincent Pallotti and Christiaan Barnard Memorial hospitals.

“I met Dr Jeffery when I was doing my research project on prolapse to complete my gynaecology training. I went through detailed questionnaires with women about their symptoms and the effects on them. I got the intimate details and I just couldn’t believe that women were living like this when things could be different.

“That was in 2014, and I’ve just completed my two-year follow-up. They were telling me just how much the surgery they underwent had changed their lives, and how they couldn’t believe they had waited so long.”

This confirmed her path to the future.

“It was just mind blowing how much women are prepared to suffer in silence.”

So while she concedes the specialty is hard work, with long hours of surgery that impact on her personal life, Dr Ras is adamant she will rise to the challenge.

“This opportunity that has been handed to me is way bigger than just me, and I am acutely aware of that,” she said.

Go to the website of the Urogynaecology and Laparoscopic Clinic at urogynaecology.co.za, or visit their Facebook page ULC for more information, patients stories and contact details.