Polycystic ovary syndrome (PCOS) is the most common endocrine disorder affecting women of reproductive age, with worldwide prevalence estimated at up to 13%. 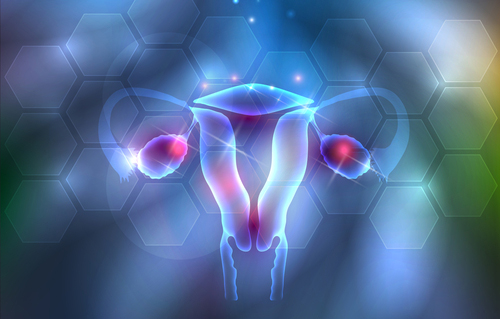 It is characterised by the presence of two of three diagnostic criteria: irregular menses, clinical or biochemical hyperandrogenism, and polycystic-appearing ovaries, and also have well-recognised associations with several cardiovascular diseases (CVD) risk factors, including type 2 diabetes, obesity and lipid abnormalities.

Furthermore, it has also been shown to be associated with an increased risk of psychiatric disorders, in particular depression and anxiety, and complications during pregnancy. Notably, a history of depression before pregnancy is a recognised risk factor for perinatal depression, the most common medical problem during pregnancy, occurring in one in seven patients, and which is associated with significant adverse infant and maternal outcomes. Obstetrical complications of PCOS include gestational diabetes (odds ratio, OR 3.43), pregnancy-induced hypertension (OR 3.07) and preeclampsia (OR 3.28), which further contribute to long-term cardiometabolic risk. This is important, because almost 70% of pregnancy-related deaths in the general population occur at delivery or within the first year postpartum, with CVD and stroke accounting for over one-third of deaths.

To date, there are no studies in women with PCOS specifically targeting the postpartum period (defined as four-six weeks after delivery). To address this, a study by Alur-Gupta et al (2021) compared the prevalence rates of postpartum cardiovascular complications and perinatal and postpartum depression in 42 391 women with PCOS to those in 795 480 women without PCOS.

This was a retrospective cohort study conducted using a United States insurance claims database. Women with and without polycystic ovary syndrome aged 18 to 50 years enrolled continuously in a single health plan during the preconception, antepartum, and postpartum periods between 2000 and 2016 were included. The primary outcome was postpartum cardiovascular disease and depression (perinatal and postpartum).

Comparisons were adjusted for covariates including:

In comparison to women without PCOS, PCOS was associated with significantly higher odds of CVD complications, as well as both perinatal and postpartum depression.

The study authors found that women with polycystic ovary syndrome are at increased risk of both cardiovascular and psychiatric complications during the postpartum period. PCOS should be recognised as an at-risk condition. These findings underscore the need for routine screening and early interventions for these major comorbidities.