Bromhexine is a derivate of the Adhatoda vasica plant used in some countries for the treatment of various respiratory diseases. 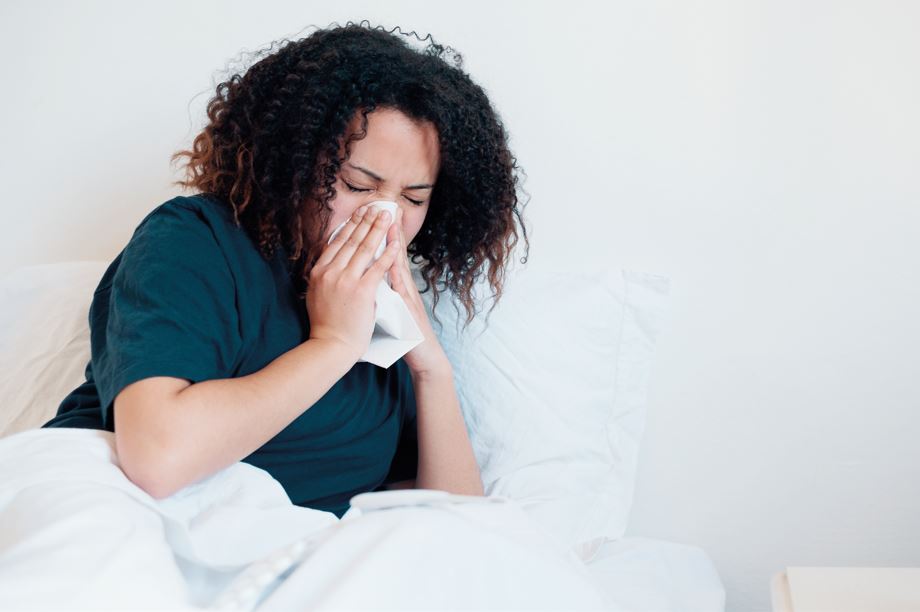 Bromhexine is indicated for its mucoactive activity.

Airway inflammation, mucus hypersecretion, and impaired mucociliary clearance are the major characteristics of a variety of pulmonary diseases. Effective mucus clearance is essential for lung health, and airway disease is a typical consequence of poor clearance. Physiologically, mucus is a gel with low viscosity and elasticity that is easily transported by ciliary action, whereas pathologic mucus has higher viscosity and elasticity and is less easily cleared. Furthermore, beating cilia are in contact with the mucus layer and the contact is dependent, in part, on the rheology of the mucus. The transformation from healthy to pathologic mucus occurs by multiple mechanisms. These mechanisms include modifications in the quality, quantity, and physiochemical features of mucus. The total volume of secretions cleared per day in humans is not known, but it is estimated to be 10-50 ml. This amount can increase up to 200ml in individuals with chronic bronchitis during an exacerbation.

of medicine. Adhatoda vasica is well known for its use in respiratory diseases. Both pure vasicine and its derivatives have been studied for their bronchodilatory and antitussive effects. One of the derivatives of vasicinone is bromhexine (BHC). Since its introduction to the market in 1963, the drug has been investigated for its effects in animal models and in human with diverse respiratory diseases. In addition to clinical aspects, these studies have focused on the effects of the drug on mucus, sputum, and mucociliary activity. In the present overview, we will highlight the principal basic findings about the mechanisms of action of BHC. In addition, we report a series of clinical findings in adults and children.

The mechanisms of action of BHC are complex and remain incompletely explored. To date, few has been reported regarding the cellular effects of the drug on the respiratory tract. Studies in animals and humans have reported actions that influence the production of mucosubstances, sputum quality and quantity, ciliary activity, antibiotic penetration, and cough severity and frequency. These actions characterise the basic mucoactive activity of BHC and differentiate it from other drugs.

Effects of BHC on the production of mucosubstances

Effect of BHC on sputum

Flavell Matts et al. investigated the effect of BHC on sputum fibre systems during exacerbations of pulmonary disease in 53 patients between 15 and 86 years old with asthmatic bronchitis and acute or chronic bronchitis. In patients treated with BHC, the MPS fibres usually disappeared within 7–12 days (average 10 days). Moreover, patients in the BHC group demonstrated clinical progress in that they were more able to expectorate, and sputum production markedly decreased. The authors concluded that antibiotics did not affect the MPS fibres, but BHC therapy could reduce or entirely remove these fibres from the sputum.

In a single-blind study, Bürgi evaluated the effect of BHC and guaifenesin on the fibre system and the viscosity of sputum in 22 adult patients with chronic bronchitis. The results demonstrated that treatment with BHC progressively reduced the fibre content of sputum, which increased again after subsequent treatment with guaifenesin. Irrespective of the treatment order, BHC was clearly superior with regard to the effects on GP fibres (p < 0.01). Sputum viscosity decreased significantly in the BHC group (p < 0.01). It is believed that a reduction in sputum fibre content decreased viscosity.

In a study by Langlands, sputum samples of 20 patients with allergic asthma and the sputum pool of 10 healthy men were analysed before and after the administration of BHC. After treatment all primary demonstrable protein components showed a marked increase, especially gamma globulins. This rise was interpreted as the result of increased secretion of already synthesised immunoglobulin molecules. Similar observations were reported by Kado, who confirmed increased concentrations of IgA and IgG in bronchial washings after BHC treatment in 13 patients with chronic bronchial infections.

Thomson et al. investigated the effect of BHC on mucociliary removal rate in 9 adult subjects with chronic bronchitis (simple, mucopurulent, and obstructive). Each patient was treated for 14 days with 16 mg of BHC three times daily. Mucociliary removal activity was evaluated using labelled aerosol (99mTc) after inhaling a dose of <50 μCi. Clearance of the radioactivity was faster in the patients than in the normal group. The amount cleared at 6 h increased by 6.8% after treatment with the drug (p < 0.05), which represents an increase of 14.5% over radioactivity cleared in the control run. Scanning of the lung after inhalation showed that tracer particles penetrated further and were deposited nearer to the periphery of the lung after BHC treatment than after control treatment and the differences were statistically significant (p < 0.01).

EFFECT OF BHC ON ANTIBIOTIC PENETRATION

Later clinical studies verified that combination treatment with BHC and antibiotics was associated with favourable clinical responses. A multicentre double-blind trial by Roa and Dantes reported a significant reduction in symptoms such as cough discomfort, cough frequency, ease of expectoration and sputum volume in the group treated with amoxicillin plus BHC with respect to the group treated with amoxicillin alone.

Various clinical studies have demonstrated that BHC influences cough. Lal and Bhalla demonstrated that treatment with BHC leads to a reduction in expectoration and reduced the severity/frequency of coughing. The alleviation of cough and the normalization of expectoration have been described in patients with chronic obstructive lung disease in a study by Iaia and Marenco.

EFFICACY AND SAFETY OF BROMHEXINE IN CHILDREN

A unique study conducted by Tarantino et al. investigated the advantages of treatment with BHC (16mg 3 times/day for 8 days) in 30 children (age range 3.5-12 years) with acute sinus inflammation in a placebo- controlled randomised study. Amoxicillin was administered orally to both groups of patients (50 mg/kg/day) three times a day for the entire study period. The results demonstrated a significant reduction of nasal secretions (BHC group 0.06 vs placebo group 1.33) and an improvement of rhinitis (BHC group 0.42 versus 1.38 in the placebo group) (p < 0.01). The benefits of treatment were evident on the second day of treatment. Hyperaemia of the nasal mucosa was significantly reduced in the BHC group (p < 0.01). The study also investigated days lost from school; 11 days of school were lost in the treatment group and 19 days of school were lost in the placebo group. The authors concluded that the combination of amoxicillin with BHC had a positive effect on acute sinus inflammation. Treatment was well tolerated, and no side effects were attributed to the drug.

Molina L carried out an observational study that examined the therapeutic effect of Na-247 (the initial preparation of BHC) in addition to the standard treatment in 48 infants (age range 1 month-−4 years) affected by pharyngo-bronchitis, bronchopneumonia, bronchopneumonia with tuberculosis, and asthmatic bronchitis, with primary symptoms of cough and difficult breathing. The study reported an improvement in less than 4 days in 54.4% of the cases treated with Na-247 compared to 15% of the cases in the untreated group.

Koga and Saito evaluated the efficacy of one week of treatment with BHC at a dose of 0.02 g/kg/day in three doses in 32 children (age range 3–9 years) with upper respiratory tract inflammation, acute bronchitis, bronchopneumonia, and asthma. The study reported a high degree of improvement in the expectorability, character, and amount of sputum in 70-80% of the cases.

This is a summary of A reappraisal of the mucoactive activity and clinical efficacy of bromhexine distributed under the terms of the Creative Commons Attribution 4.0 International License (http://creativecommons.org/licenses/by/4.0/) see below for full reference and link to read the full review.