Increasing financial pressure and access to online health information has resulted in more South Africans turning to self-medication but to find the right cough treatment, you need to speak to your HCP. 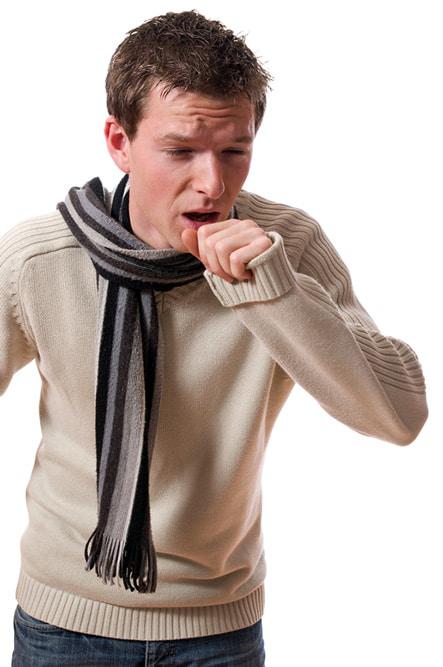 According to an international market research company, the global over-the-counter (OTC) drug market will grow to about $162 billion by 2020. More than 80% of people across the globe are using OTC medications as the first response to health issues, with respiratory drugs – including cough medicines – making up more than one-third of this market.

A recent South African cold and flu study found that the sale of OTC medicines, to treat colds and flu, increased the most last year, with the most popular medications aimed at pain- and fever relief, as well as OTC treatments for wet and dry coughs and colds. Given the high cost of visits to the GP, as well as the availability of tons of information on the Internet, it’s not difficult to see why more people are self-medicating.

Surveys suggest that at any one time, up to one in three children or adults are suffering from a cough. It’s not surprising then that coughs are among the most common complaints for which people seek medical advice. Last year, South Africans spent around half a billion rand on cough syrup medicines alone.

But there are risks in using consumer healthcare products, including the potential for misuse and abuse, and adverse effects when not used properly. The wrong choice or incorrect use of cough syrups can lead to potentially harmful medicine interactions and side-effects and may end up costing you more in the long run.

In addition, the combination of ingredients found in some cough syrups may be counterproductive and addictive. A 2015 report by eNCA’s investigative current affairs show, Check Point found that cough syrups containing codeine were the most abused OTC drug in South Africa. Abusing codeine, in whatever form, may be detrimental to your health and, like other opioid medications, abuse can result in vomiting and nausea, constipation, drowsiness, or even respiratory depression in severe cases.

Treating the cause, not the symptom

A recent survey of OTC medications for an acute cough found no good evidence for or against the effectiveness of these medicines.

An acute wet cough is caused by the build-up of mucus, so one way to treat it is by getting rid of the mucus causing the congestion. This is where OTC mucolytics have a key role to play. Mucolytics are drugs that loosen or break down mucus in the nose and chest, making it easier to cough up, and helping to reduce coughing and congestion quickly. They contain N-acetylcysteine (NAC), are available from your pharmacy, and are suitable for adults and children. Some come in the form of an effervescent tablet, making the medicine a lot easier to administer. They are alcohol-free, and because each tablet contains a fixed dose of NAC, it can be pre-mixed in a bottle of water, limiting the possibility of dosing errors.

Given the amount of money spent on cough medicines annually, it makes sense for you to speak to your health care practitioner about the best solution for your family’s needs. A visit to the pharmacy is a convenient time to ask your pharmacist key questions that could impact your health. When buying OTCs, it’s important to ask what you can expect from the medication, how long you should use it before consulting your doctor, whether any new medication will affect other medicine you are already taking, and what to do about persistent, minor ailments.

The rise of self-medication – a growing global trend h3