A cold can be distinguished from classic flu in the following ways: 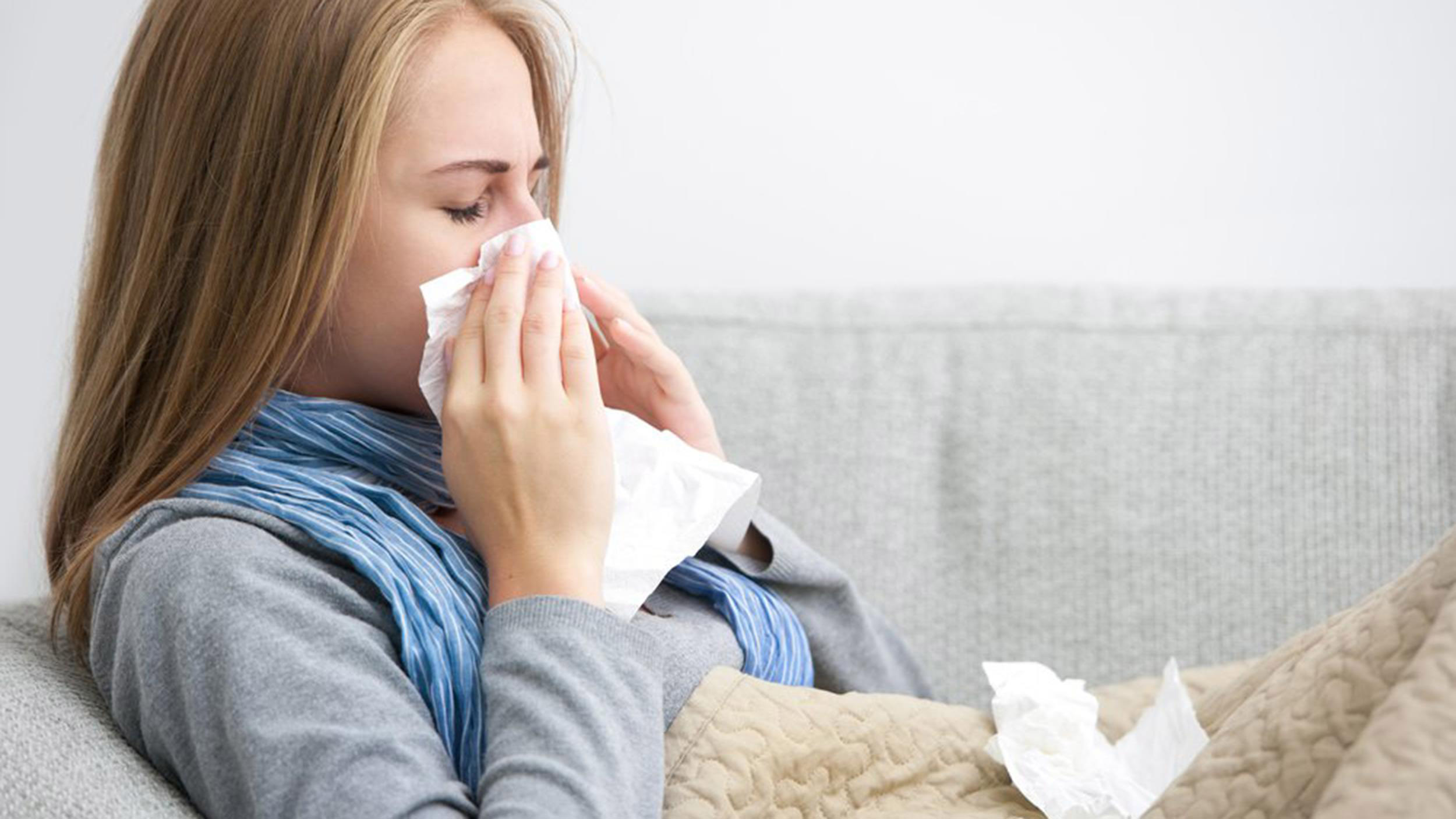 The diagnosis of colds is most commonly made based on symptoms and signs. Fever and more severe symptoms suggest influenza

Most colds will be over in 7 to 10 days, and can usually be treated at home. If there is a mild fever and a feeling of lethargy in the early stages of a cold, bed rest is advisable.

The following are some practical methods that may help to alleviate cold symptoms.

Inhale steam, with or without aromatic oils such as eucalyptus or camphor, but be careful to avoid burns.

Use over-the-counter cold preparations available at pharmacies. Most of these contain aspirin or paracetamol with or without codeine, and a decongestant (vasoconstrictor) such as pseudoephedrine to reduce nasal stuffiness. Pseudoephedrine should not be taken if you have heart disease, high blood pressure, prostrate problems, diabetes or thyroid problems. Do not give aspirin-containing medications to children with viral infections.

Antihistamine preparations are of little value in colds unless one has an allergic tendency. Drowsiness may be a problematic side effect.

Some cough preparations ease a dry, hacking cough, but a wet cough should not be suppressed, as it is important to cough up infected lung secretions.

Mucolytics may help to thin nasal mucus and allow it to drain, which may help prevent secondary bacterial infections such as sinusitis.

Antibiotics will not improve cold symptoms and will not prevent a bacterial infection from developing after a cold. However, antibiotics may be prescribed for bacterial complications such as sinusitis or ear infections.

It has been suggested that use of vitamin C can alleviate symptoms, especially if taken early on in the course of the illness. However, no scientific evidence exists to prove or disprove this advice. Doses of 1-2g a day may shorten the duration and severity of colds, but this varies. Do not use such high doses of Vitamin C for long periods.

If patients are prone to herpes infections (cold sores) on the lips, they should start applying aciclovir cream to the areas where the sores usually occur. This might prevent cold sores from appearing, and if they do appear, they will be less severe.