Published in the Annals of Internal Medicine, a new study conducted by researchers at the Statens Serum Institut in Copenhagen found no association between being vaccinated against measles, mumps and rubella, and developing autism. 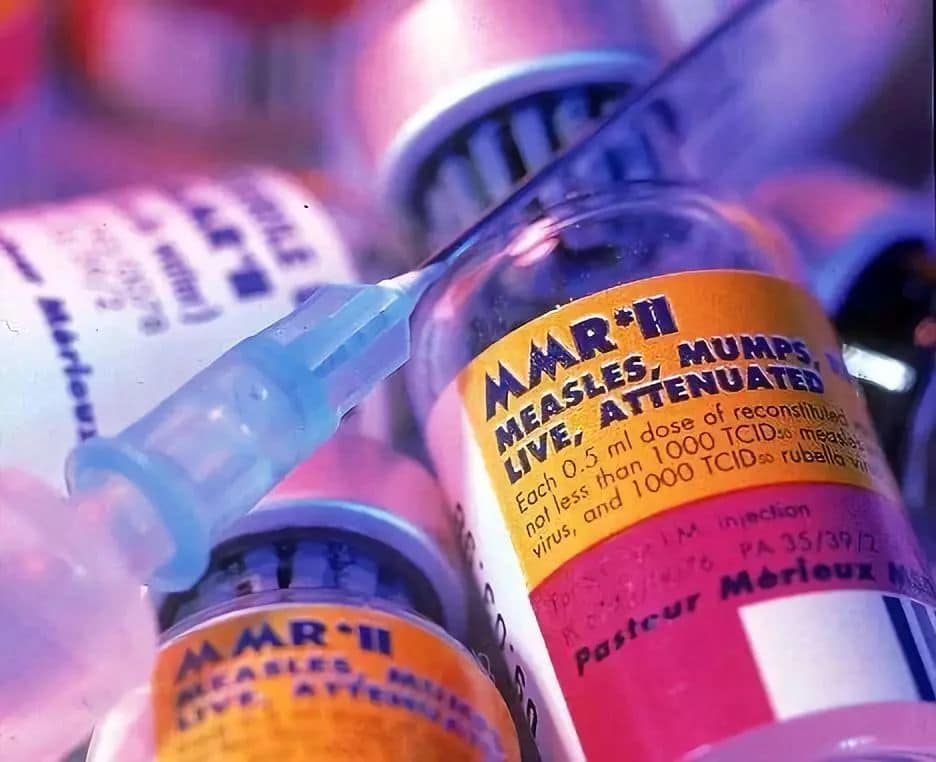 The measles virus will always find unvaccinated children. If we are serious about averting the spread of this dangerous but preventable disease, we need to vaccinate every child, in rich and poor countries alike.

Researchers said, “The study strongly supports that MMR vaccination does not increase the risk for autism, does not trigger autism in susceptible children, and is not associated with clustering of autism cases after vaccination. It adds to previous studies through significant additional statistical power and by addressing hypotheses of susceptible subgroups and clustering of cases.”

Originally published in The Lancet, the 1998 study claiming to show that children who receive the MMR vaccine were at increased risk for autism has long since been proven fraudulent. Following a fitness to practise hearing by the UK General Medical Council, Wakefield and his senior co-author John Walker-Smith were struck off and the paper was retracted. The Lancet admitting several elements in the paper were incorrect and Wakefield et al were held guilty of ethical violations and scientific misrepresentation.

Despite numerous subsequent studies not finding an association between MMR vaccine and autism, public concerns regarding a potential link between MMR vaccine and the development of autism have persisted. Speaking to Boston Globe Media’s STAT News, one of the researchers involved in the study, Dr Anders Hviid highlighted this as the motivation for the new study.

“The misplaced concern hasn’t gone away,” said Dr Hviid. “The idea that vaccines cause autism is still going around. And the anti-vaxx movement, if anything, has perhaps only grown stronger over the last 15 years. The trend that we’re seeing is worrying.”

One of the largest studies published on MMR vaccine and autism, the Measles, Mumps, Rubella Vaccination and Autism: A Nationwide Cohort Study reported that the chances of developing autism were the same in children who received the MMR vaccine and those who did not. Similarly, study authors found, “There was no increased risk for autism after MMR vaccination in subgroups of children according to sibling history of autism, autism risk factors, or other childhood vaccinations or during specific periods after vaccination.”

1. A concern about observational studies is that they do not often consider the possibility of MMR vaccination triggering autism in susceptible subgroups of children. The large number of cases in our study allowed us to define subgroups with sufficient statistical power for useful inference

3. A general criticism of observational vaccine effect studies is that they do not include a completely unvaccinated group of children. The number of children completely unvaccinated throughout childhood will be low in a country such as Denmark. We evaluated the association between MMR and autism in children with no DTaP-IPV/ Hib vaccinations in the first year of life; we found no support for an association in this vaccine-naive subpopulation.

Study authors highlighted several strengths of their study. “Comprising 6 517 cases, it is by far the largest single study to date and adds significantly to our knowledge on the issue, in that it allows us to conclude from one study that even minute increases in autism risk after MMR vaccination are unlikely, assuming unbiased results.”

The World Health Organization (WHO) recently named vaccine hesitancy one of the top 10 threats to global health, with The United Nations Children’s Fund (Unicef) reporting over 20 million children worldwide missed out on measles vaccine annually in the past eight years, creating a pathway to current global outbreaks. “The ground for the global measles outbreaks we are witnessing today was laid years ago,” said Henrietta Fore, Unicef executive director.

“The measles virus will always find unvaccinated children. If we are serious about averting the spread of this dangerous but preventable disease, we need to vaccinate every child, in rich and poor countries alike.” Expressing the FDA’s continued confidence in the safety and effectiveness of the MMR vaccine, Professor Peter Marks (director of FDA’s Center for Biologics Evaluation and Research) said, “The MMR vaccine has been approved in the US for nearly 50 years to prevent measles, mumps and rubella.

As a result of its use, measles and rubella were completely eradicated in the US, and mumps cases decreased by 99%. However, we’re seeing an increasing number of outbreaks of measles in communities across the country. It’s an urgent public health priority to monitor these diseases and raise awareness of the importance of timely immunisations.

“Measles is far too contagious,” stressed Fore. “It is critical not only to increase coverage but also to sustain vaccination rates at the right doses to create an umbrella of immunity for everyone.” “We cannot state strongly enough,” said Prof Marks, “The overwhelming scientific evidence shows that vaccines are among the most effective and safest interventions to both prevent individual illness and protect public health.”