The launch of these two products offer clinicians in South Africa new options, which will enable them to individualise treatment. Numerous studies have shown that individualised treatment improves patient outcomes, said Ashley Pearce, managing director of the Prescription Division at Adcock Ingram. 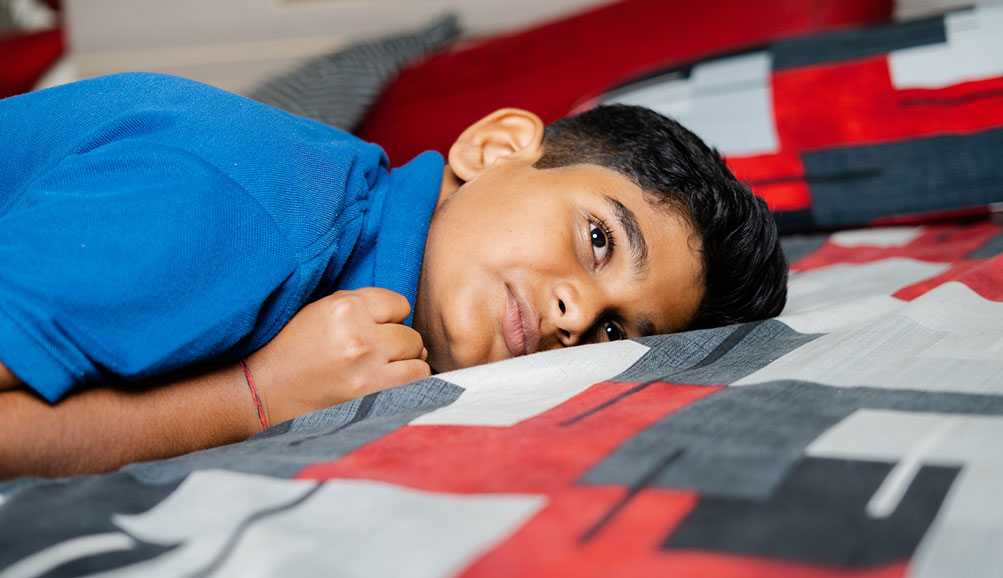 ADHD is a common neurodevelopmental disorder that has been estimated to affect approximately 5.3 % of children and adolescents worldwide and persists in adulthood (66%).

Current treatment options in South Africa include stimulants and non-stimulants. Stimulants include methylphenidate and amphetamine. Other options that can be used if stimulants or non-stimulants are ineffective include for example atomoxetine, and as third line bupropion and venlafaxine, said Dr Korb.

Methylphenidates are available in three formulations: immediate-, extended- (ER) or intermediate-, and sustained-release or long-acting (LA). Each of these formulations have different release mechanisms.

Dr Korb stressed that methylphenidate MR is not a generic of an existing medication, but an entirely new agent. The capsule contains white and blue beads in a 50/50 ratio. The white beads are immediately released in the stomach, while the blue beads have a special coating and are released slowly in the intestine.

The blue beads have a special gastric coating, which means that it is pH sensitive. The gastric coating will only start dissolving to release methylphenidate at a pH above 5.5.

How does the MR formulation compare to existing LA intermediate methylphenidate?

The LA formulation also contain two beads in a 50/50 ratio but uses a different release mechanism. Beads are covered in a polymer coating. When the beads are released in the stomach, stomach fluids start to penetrate the coating, dissolving the beads and releasing the methylphenidate.

How does the MR formulation compare to osmotic release oral system (OROS) methylphenidate?

The OROS formulation has an external coating of methylphenidate that releases 22% of the total dose within one to two hours. The remaining 78% of the dose is osmotically controlled and released over the next 10 hours. The maximum effect occurs six to eight hours after dosing. Methylphenidate MR has a rapid onset of action in the stomach, followed by a slower release in the intestines.

According to Dr Korb, many patients with ADHD report that they need a ‘kickstart’ in the morning to get going, which is addressed by the MR formulation due to its initial quick peak in serum concentration after absorption.  A second dose of MR is possible at midday should the effect of the methylphenidate be required throughout the school/working day.

In South Africa, methylphenidate MR will be available in 5mg, 10mg, 30mg, 40mg doses. In paediatric patients (≤17-years), the maximum dose is 40mg. In Europe, clinicians start at a low dose and titrate it weekly until they get to the therapeutic dose. In adult patients, the maximum dose is 80mg and twice daily dosing is recommended (eg morning and afternoon, with or after a meal).

Some patients do not respond to treatment with methylphenidate or experience significant side effects. These include irritability, difficulty falling asleep or staying asleep, dizziness, loss of appetite  and unintended weight loss. For these patients, dexamphetamine can be used as an alternative.

Dexamfetamine is not indicated in all children with ADHD and the decision to use dexamfetamine must be based on a very thorough assessment of the severity and chronicity of the child’s symptoms in relation to the child’s age and potential for abuse, misuse, or diversion. Treatment should be under the supervision of a specialist in childhood and/or adolescent behavioural disorders.

Dexamfetamine has a dual effect. It acts by preventing reuptake, increasing release, and stimulating reverse-transport of dopamine in synaptic clefts in the striatum.

Dexamphetamine will be available in dosages of 5mg and 10mg. The maximum dose is 40mg and should be titrated weekly. Dexamphetamine has a quick onset of action (within 20-30 minutes). It is intermediate acting, with effects lasting up to seven hours. In South Africa, dexamphetamine is indicated as second-line treatment for patients <17-years. No adult data is available.

Exciting, novel additions to the armamentarium in small children

Over the last six months, there has been an ‘explosion’ of new agents launched for the treatment of ADHD, but very few are novel, with the exception of these two new products, said Prof Venter.

Methylphenidate MR is available in a wide range of dosages (5mg, 10mg, 30mg, 40mg). To be able to start with a low dose of a LA methylphenidate formulation is an enormous advantage in paediatric patients – especially in pre-schoolers, stressed Prof Venter.

The fact that the capsule can be opened and sprinkled onto food, makes it very useful in age groups in where swallowing tablets are not yet fully developed. Methylphenidate MR is also very versatile, because you can start with a higher dose in the morning and a lower dose in the afternoon.

Other advantage is that food intake does not impact the onset of action, and the ability of personalise or individualise treatment. It is extremely important that we get the medication right for every child, said Prof Venter. Not only to fulfil the needs of the child, but also to limit side effects.

The current amphetamine stimulant available in South Africa is indicated for adolescents and adults. Dexamfetamine is therefore an exciting addition to the armamentarium in small children.

The fact that dexamfetamine is available in low dosages (5mg and 10mg) and the fact that it is available as a snaptab, which makes it possible to break it down to smaller dosages (eg 1.25mg), further supports the efficacy of this agent in younger patients.