Studies show that an estimated 20% to 30% of patients living with diabetes develop renal impairment, a major cause of chronic kidney disease (CKD) and end-stage kidney disease (ESKD). Patients who develop CKD are at increased risk of morbidity and mortality as a result of cardiovascular (CV) disease.1,2 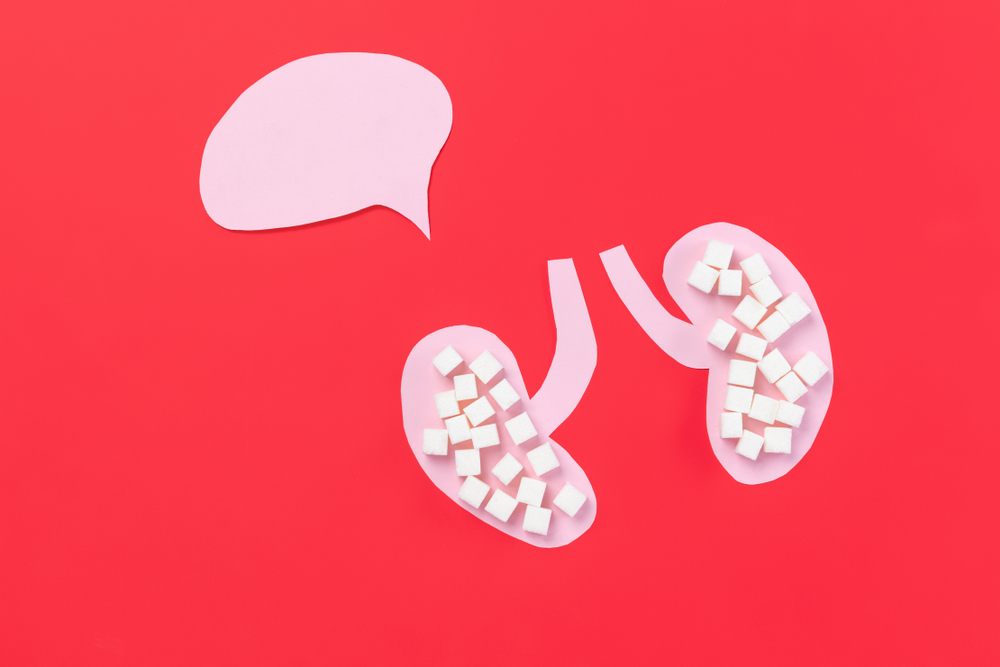 According to Thomas et al, the kidney is the most important target of microvascular damage in diabetes, which may lead to the development and progression of diabetes-related complication such as renal impairment (eg CKD). The main drivers of kidney impairment are chronic and transient hyperglycaemia, transient hypoglycaemia or increased glycaemic variability.3

Apart from the mentioned drivers, another potential cause of renal impairment include past periods of poor glucose control (even before diagnosis) – this is known as ‘metabolic memory’, ‘metabolic karma’ or the ‘legacy effect’.3

CKD is classified into six categories based on glomerular filtration rate (GFR). Staging is based on three levels of albuminuria and each stage of CKD is sub-categorised according to the urinary albumin-creatinine ratio in (mg/gm) or (mg/mmol) in an early morning ‘spot’ urine sample (see Table 1).4

In patients with an established diagnosis of diabetes, CKD is defined as a urine albumin/creatinine ratio at or above 30mg/g and/or persistently impaired renal function, defined as an estimated GFR below60 mL/1.73 m2.5

The single most important intervention to prevent CKD development and progression is strict glycaemic control in both types of diabetes. In addition, blood pressure control is essential in patients living with diabetes. All patients with CKD should also be encouraged to implement lifestyle changes and treated with a statin to address hyperlipidaemia in order to reduce CV risk.5,6

Patients with CKD should be referred to a nephrologist when estimated GFR is less than 30ml/min/1.73m2 to discuss the options of renal replacement therapy.4

As mentioned above, strict glucose control is of utmost importance in all patients with diabetes to reduce the risk of micro- and macrovascular complications and subsequent renal impairment. The 2022 American Diabetes Association (ADA) guidelines recommend an HbA1c goal of <7% for many non-pregnant adults without significant hypoglycaemia.6

Setting an HbA1c goal lower than the recommended <7% is acceptable if there is no significant risk of hypoglycaemia or other adverse effects. The decision should be based on clinical judgement and patient preference.6

Less stringent HbA1c goals (such as <8%) may be appropriate for patients with limited life expectancy or where the harms of treatment are greater than the benefits.6

The ADA recommends early introduction of insulin if there is evidence of ongoing catabolism (weight loss), if symptoms of hyperglycaemia are present, or when HbA1c levels (>10%) or blood glucose levels (16.7mmol/L]) are very high. The choice of medication added to initial therapy should be based on the clinical characteristics of the patient and their preferences.6

Limitations of insulin in patients with CKD

According to Harh et al, glucose control in patients with CKD is complex. It requires in-depth knowledge of which medications can be safely used and how CKD affects the metabolism of these agents.7

Kalra et al define an ideal basal insulin as: ‘a formulation which is able to deliver a steady, stable, peakless, continuous insulin concentration for at least 24 hours, in a predictable manner, with low intra-individual and inter-individual variability, without causing side effects such as weight gain or hypoglycaemia, while ensuring that mitogenicity is not induced because of excessive binding to non-insulin receptors. It should have the ability to be used as monotherapy and as part of a basal-bolus regime, as well as in combination with oral hypoglycaemic. It should be equally efficacious, safe, and well tolerated in type 1 and type 2 diabetes’.8

However, while evidence indicates that renal impairment may influence the pharmacokinetic parameters of some glucose-lowering therapies including human insulin, it seems as though long-acting insulin analogues are not affected.14

Impact of degludec on renal function

Furthermore, insulin degludec has unique pharmacokinetic and pharmacodynamic properties, allowing for once daily dosage. It has a half-life of more than 24 hours and a duration of action of more than 42 hours and can be injected at any time of the day, preferably at the same time of the day. These advantages suggest that insulin degludec should be the basal insulin of choice, both as a basal regime and as part of a basal-bolus regime, according to Karla et al.10

Insulin degludec is the only insulin analogue to self-associate into multi-hexamers upon subcutaneous injection. When injected, these multi-hexamers form a drug depot store from which monomers are slowly and continuously absorbed into the circulation insulin.11

Kiss et al (2014) investigated whether the ultra-long pharmacokinetic properties of insulin degludec observed in patients with normal renal function are preserved in those with mild, moderate, or severe renal impairment or ESRD undergoing haemodialysis (see Table 1 for classification of CKD).9

The ultra-long pharmacokinetic properties of insulin degludec were preserved in subjects with renal impairment, with no statistically significant differences in absorption or clearance, compared with subjects with normal renal function.9

While insulin dose must always be adjusted on an individual basis, this trial suggests that the pharmacokinetic properties of insulin degludec are not significantly influenced by renal function, and thus specific dose adjustment may not be required for subjects with renal impairment. Accordingly, insulin degludec represents a useful insulin treatment option in subjects with co-morbid diabetes and impaired renal function, including ESRD patients undergoing haemodialysis, concluded Kiss et al.8

Endpoints were HbA1c change, hypoglycaemia and units of insulin used (mean follow-up period, 36 months) in 90 patients. Two groups of participants were identified: patients with CKD stage 2 (n=46) and patients with stage 3b (n=44).12

In advanced renal failure, insulin degludec caused statistically significant less hypoglycaemia than IGa100. Ironically, reverse occurred in CKD stage 3a which may be contributed by concomitant usage of SUs. Both drugs were found to be similarly efficacious in this population. Insulin degludec has lower rate of hypoglycaemia in advanced renal failure T2DM patients and may be a safer option to use in this scenario.13

Intensive management of patients with diabetes includes controlling blood glucose, blood pressure and lipid levels. These approaches will reduce the incidence of renal impairment and slow its progression.3 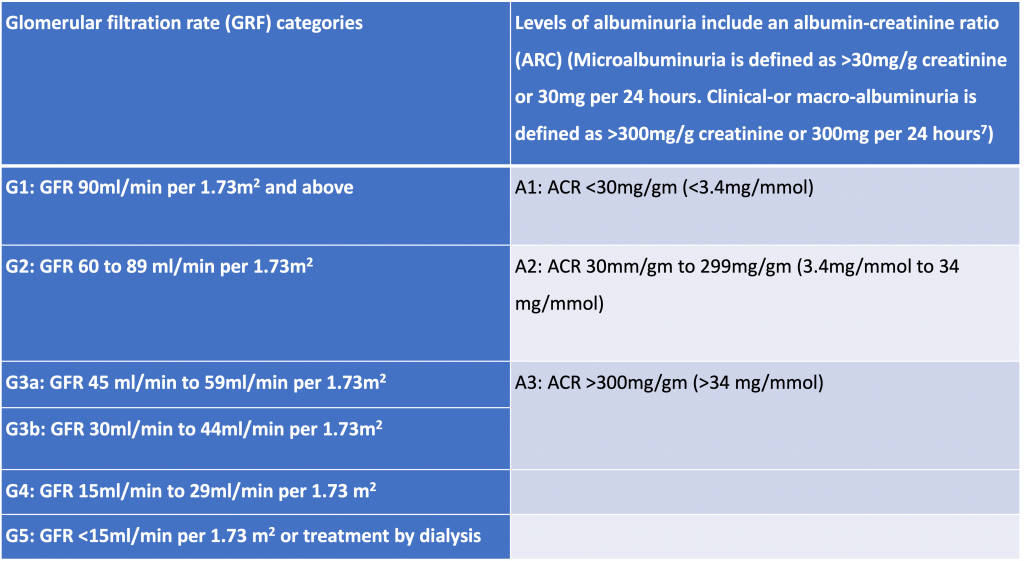