As the number of people living with T1DM and T2DM grows, physicians face an increasing challenge in addressing their complicated needs. Treatment guidelines, although providing evidence-based guidance, are not prescriptive; rather, they encourage individualisation of therapy based on a patient’s clinical needs and preferences. Physicians must therefore be thoroughly informed of the benefits and disadvantages of the numerous and expanding therapeutic choices accessible to them at each stage of the disease. Because T2DM is a progressive disease, therapy with basal insulin will become unavoidable for many patients, while for others, basal insulin alone will eventually be insufficient to maintain glycaemic objectives. 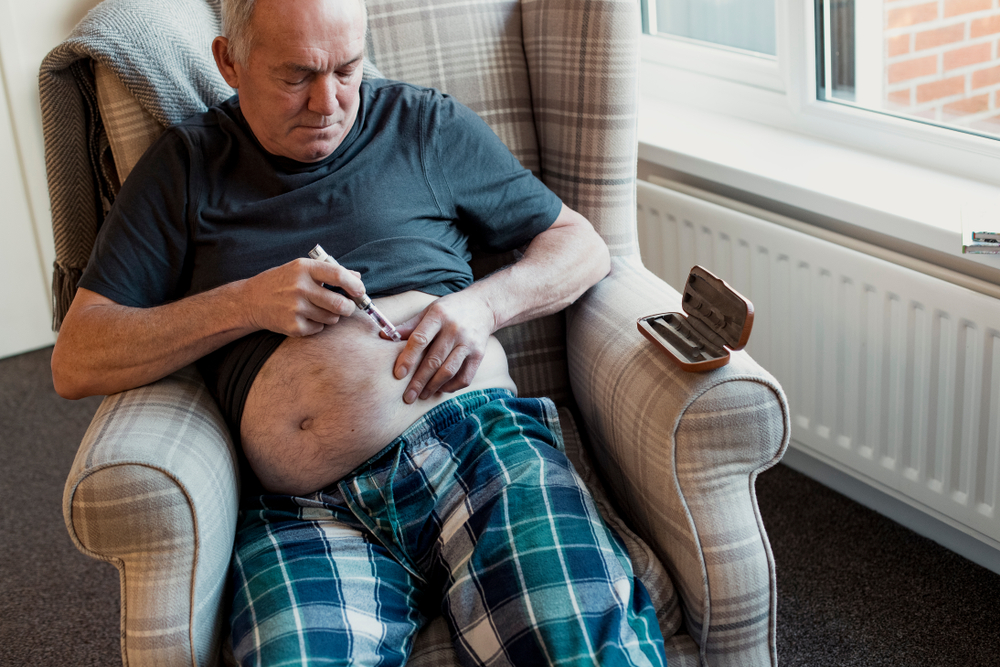 The availability of IDeg in combination with insulin aspart or liraglutide offers potential for enhanced glycaemic control and a reduction in the number of daily injections required by patients. IDeg has a more consistent glucose-lowering effect from day-to-day than IGlar at steady state [Image: Shutterstock].

Improved glycaemic control, particularly early in a patient’s disease journey, has been shown to lower the risk of long-term consequences in patients with type 1 (T1DM) and type 2 (T2DM) diabetes mellitus. While current recommendations call for individualised glycaemic goals for individuals with T1DM and T2DM, research suggests that despite protracted periods of poor glycaemic control, there is hesitation in medication escalation at all phases of the disease process.

Although insulin therapy has a high glucose-lowering effectiveness, it is frequently underutilised in T2DM, or the dosage titration is insufficient. This is largely due to clinicians’ and patients’ fear of hypoglycaemia, as well as the limitations on their lifestyle that might result from complex or rigid dosing regimens. The American Diabetes Association defines hypoglycaemia as any episode of unusually low plasma glucose concentration that exposes the patient to potential harm.

Hypoglycaemia also increases cardiovascular, psychiatric, and all-cause morbidity and death in diabetic patients. Furthermore, nocturnal hypoglycaemia has been linked to poor sleep quality and lower productivity during the day. Insulin treatment is often initiated when patients are no longer reaching glycaemic targets with oral medications or have a glycated haemoglobin A1c (HbA1c) level of more than 9.0% with symptomatic hyperglycaemia.

However, guidelines are constantly being revised, and basal insulin therapy is now used much sooner and more frequently in combination with oral agents or glucagon-like peptide-1 receptor agonists (GLP-1 RAs), rather than deferring insulin therapy until lifestyle changes and oral agent treatment have failed.

Variability presents a unique challenge to clinicians. For most patients, the addition of a long-acting basal insulin to oral medication to regulate fasting plasma glucose (FPG) levels is the initial step. In general, insulin analogues are preferred over neutral protamine Hagedorn (NPH) insulin, owing to their superior hypoglycaemic profile and flat pharmacokinetic curve. However, NPH insulin is much cheaper and is still commonly utilised in resource-scarce settings.

Unfortunately, most basal insulins are incapable of mimicking endogenous insulin’s physiological distribution. In principle, a basal insulin analogue with a lengthy half-life and duration of action more than 24 hours should help to address this unmet need in diabetes treatment. A longer duration of action would result in less variation in insulin concentration from peak to trough at steady state, which is defined as the condition in which total absorption and elimination are in dynamic equilibrium with no additional increase in serum concentration. As a result, the quantity of insulin in circulation between two doses would be more consistent and predictable.

Minimal day-to-day pharmacodynamic variability, as well as low within-day variability, are favourable to optimising insulin titration and achieving glycaemic objectives with a low risk of hypoglycaemia. The pharmacodynamic impact of exogenously delivered insulin analogues, on the other hand, is frequently unpredictable due to their physicochemical features, which define the mode of protraction principle and alter absorption.

Some basal insulins, such as insulin detemir, have less day-to-day variability than insulins that generate microprecipitates after subcutaneous injection, such as insulin glargine 100 U/mL (IGlar-U100) and neutral protamine Hagedorn insulin (NPH). Furthermore, basal insulins with a duration of action that is significantly longer than 24 hours may have decreased day-to-day variability due to the overlapping effects of numerous injections, such that opposing changes in absorption of these injections are minimised.

Unfortunately, despite pharmacodynamic studies showing that some dosages have a 24-hour duration of effect, it has become clear that lower doses of glargine and/or detemir do not have a stable 24-hour duration. As a result, when basal insulin is raised to alleviate fasting/overnight hyperglycemia, nocturnal hypoglycemia (0.00 am to 5.59 am) might still occur. As a result, a number of people with T1DM and T2DM are taking glargine or detemir twice a day (62.5% with detemir vs 32.9% with glargine U100 in T1DM and 48% with detemir vs 13% with glargine U100 in T2DM).

It is critical for insulin titration that the same insulin dosage elicits as comparable a glucose-lowering response as possible after each treatment. As a result, insulin with a more predictable glucose-lowering effect should provide greater confidence in properly adjusting dosages and, as a result, be more effective in meeting recommended glycaemic objectives.

A more concentrated insulin glargine formulation (300 U/mL; IGlar-U300) is now available and has been demonstrated to have a longer duration of action and a more even activity profile than IGlar-U100. However, ultrastructural three-dimensional visualisation revealed that IGlar-U300 forms larger microprecipitates than IGlar-U100, which likely results in delayed absorption and possibly uneven release of insulin monomers into the circulation, increasing day-to-day variability and conferring lower potency.

The day-to-day variability in glucose-lowering effect was evaluated in 54 participants with T1DM who received a 24-hour euglycemic glucose clamp on the sixth, ninth, and twelfth days of therapy with 0.4 U/kg of IDeg or IGlar once daily. A linear mixed model was used to evaluate within-subject variability on log-transformed PD endpoints generated from glucose infusion rate (GIR) profiles during the clamps.

IDeg’s steady-state glucose-lowering effect had four times less day-to-day variability than IGlar throughout 0 to 24 hours and 2 to 24 hours. The primary analysis was supported by all pharmacodynamic endpoints:

In summary, the study found that IDeg had a more consistent glucose-lowering effect from day-to-day than IGlar at steady state. This, together with IDeg’s flatter and more uniform distribution of metabolic effect during the 24-hour dosing interval, may make it easier to titrate to lower fasting plasma glucose targets than with IGlar.

In a separate study, Heise et al compared day-to-day and within-day variability in glucose-lowering effect between IDeg and IGlar-U300 in patients with T2DM. Patients were randomly assigned to receive 0.4 U/kg of IDeg or IGlar-U300 once daily for two 12-day treatment periods. The steady-state pharmacodynamic variables were calculated from the glucose infusion rate profiles of three 24-hour euglycemic glucose clamps (days 6, 9, and 12) for each treatment phase. Overall, the study found that:

Both therapies were tolerated satisfactorily. Adverse events were comparable in the IDeg (22.0%) and IGlar-U300 (22.4%) groups. There were also no major adverse events in either group. In a systematic review and meta-analysis to compare IDeg with IGlar in terms of efficacy and safety in patients with T2DM, Zhou et al found that:

The authors therefore concluded that IDeg and IGlar provide similar glycaemic control, but IDeg also lowers the risk of hypoglycemia. Consequently, IDeg may be an alternative treatment for the management of patients with T2DM who are prone to hypoglycaemia when they are treated with IGlar. IDeg is available in a U100 formulation, allowing substantial insulin doses to be delivered at lower volumes.

Furthermore, the availability of IDeg in combination with insulin aspart or liraglutide offers further potential for enhanced glycaemic control and a reduction in the number of daily injections required by patients.  Overall, the therapeutic benefits of tight glyacemic control, decreased nocturnal hypoglycemia, and a more flexible treatment regimen associated with IDeg may assist patients overcome the barriers associated with initiating basal insulin therapy.