Knee osteoarthritis (KOA) is a progressive and degenerative disease that leads to significant disability for the patient, as well as substantial costs. This article focuses on two recent studies that looked at the relationship between intra-articular hyaluronic acid (IA-HA) treatment in delaying total knee arthroplasty (TKA), and the impact on disease cost. 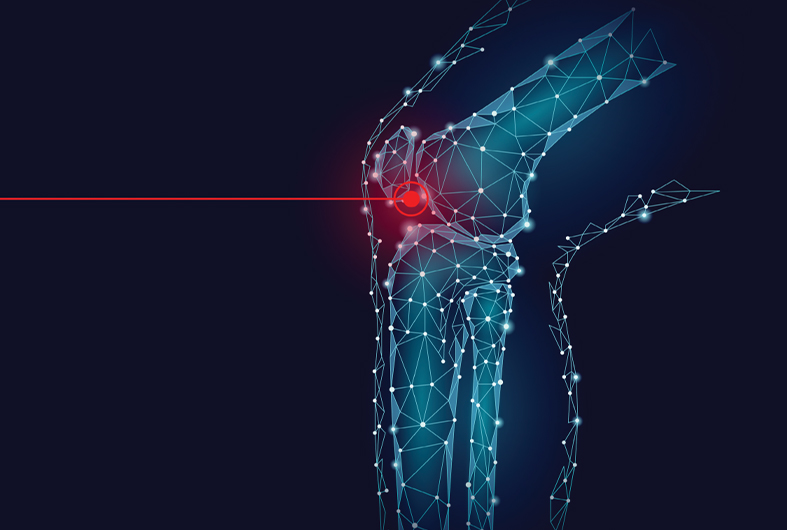 KOA is characterised by the gradual degradation of the cartilage within the knee joint, resulting in pain, inflammation, stiffness, and decreased physical function. Early stages of the disease are often treated with non-operative approaches, but as the disease progresses, patients typically transition to pharmacologic agents to manage their disease. In patients who are progressing toward surgical management, it may be advantageous to delay the need for TKA based on other health issues, work, or the need to care for other family members, as this procedure has major socioeconomic impacts on patients’ lives.

TKA is a surgical treatment for patients with KOA that no longer experience symptom relief from non-operative or pharmacologic treatments. Non-operative KOA management aims to address the symptoms and improve function, as well as avoid the large costs associated with TKA. The primary objective of a recent study by Concoff et al, 2021, was to examine the relationship between intra-articular hyaluronic acid (IA-HA) treatment and delaying TKA in patients with KOA compared to patients not receiving IA-HA, as well as to identify differences in KOA-related costs incurred among patients who received or did not receive IA-HA.

This was a retrospective analysis of an administrative claims database from 2010 to 2015. Kaplan–Meier survival analysis was conducted to determine the TKA-free survival of patients who received IA-HA, stratified by the number of injection courses received vs those who did not receive any IA-HA.

Median KOA-related costs per year were calculated for two comparisons:

A total of 744 734 patients were included in the analysis. A delay to TKA was observed after IA-HA treatment for patients treated with IA-HA compared to those who did not receive IA-HA.

Patients treated with multiple courses of IA-HA demonstrated an incremental increase in delay to TKA with more courses of IA-HA, suggesting that the risk of TKA over the study time period is reduced with additional IA-HA courses.

In addition to pain and decreased quality of life, work productivity is also negatively affected by OA. Indirect costs due to workplace absenteeism from OA have been estimated to exceed US$10bn annually.

More than 700 000 TKAs are performed annually in the US to treat knee OA. With the increasing prevalence of knee OA, there are concerns that the number of TKAs will continue to increase over time. Knee OA contributes to over $27bn in annual healthcare costs, with the expenditures related to TKA exceeding $11bn annually.

Ong et al (20200 evaluated the treatment costs following KOA diagnosis and determined whether these are different for patients who use intra-articular hyaluronic acid (HA) and/or knee arthroplasty.

With the rising costs from arthroplasty use, therapies that allow patients to avoid or delay surgery may help in reducing overall healthcare costs. Previous studies have reported an association between HA use and longer time to knee arthroplasty, which may help with delaying the costs attributed to the procedure. If knee arthroplasty can be delayed by a less costly alternative treatment, then it will be performed on older patients, which may help alleviate the increased risk of revision in younger patients.

The study authors hypothesised that HA is a relatively minor (<10%) contributor to the total costs of treating knee OA and that it would delay the costs of TKA. As previous studies have reported an association between HA use and longer time to knee arthroplasty, this study investigated whether there are longer time to elevated costs, which would be indicative of the extended time to knee arthroplasty for HA patients.

Claims data from a large commercial database containing de-identified data of more than 100 million patients with continuous coverage from 2012 to 2016 was used to evaluate the cumulative cost of care for over 2 million de-identified members with knee OA over a 4.5-year period between 2011 and 2015. Median cumulative costs were then stratified for patients with or without HA and/or knee arthroplasty.

Knee OA treatment costs for 1 567 024 patients over the 4.5-year period was $6.60bn (mean $4210/patient) as calculated by the authors. HA and knee arthroplasty accounted for 3% and 61% of the overall costs, respectively. For patients who underwent knee arthroplasty, a spike in median costs occurred sooner for patients without HA use (around the 5- to 6-month mark) compared to patients treated with HA (around the 16- to 17-month mark).

While previous studies have reported the association between HA use and longer time to knee arthroplasty, cost was not examined. In a study of primarily privately insured and self-insured patients, Altman et al reported longer median time to TKA of about 12 months for patients who received HA vs those who did not.

“Potential implications of an extension to the time to knee arthroplasty include one-time cost savings to yield a lower present discounted cost of surgery or patient attrition before the surgery or subsequent revision, as well as an opportunity for patients to better control their comorbidities prior to surgery, which in turn could help with reducing post-operative morbidity,” the authors stated.

HA has been described to act through various mechanisms, such as joint lubrication and anti-inflammatory effects, but may depend on product-specific molecular weight. The role of corticosteroids in extending time to knee arthroplasty in the present study was not investigated, but others have found that patients who received intra-articular corticosteroids were associated with an extended time to surgery, which was further extended when paired with HA, suggesting a potential synergistic effect.

Concoff et al’s results show that within a large cohort of KOA patients, those who received multiple courses of IA-HA had a progressively greater delay to TKA compared to patients who did not receive IA-HA treatment. Also, for patients who progressed to TKA, IA-HA treatment was associated with a large reduction in KOA-related healthcare costs. According to the researchers: “Based on these results, multiple, repeat courses of IA-HA may be beneficial in substantially delaying TKA in KOA patients, as well as minimising KOA-related healthcare costs.”

Non-arthroplasty therapies, as calculated by Ong et al, accounted for about one third of the costs in treating knee OA in the cohort. Although some have theorised that limiting the use of HA may reduce the costs of OA treatment, HA only comprised a small fraction (3%) of the overall costs. Among patients who underwent knee arthroplasty, those treated with HA experienced elevated costs from the surgery later than those without HA, which reflects their longer time to undergoing knee arthroplasty. The ability to delay or avoid knee arthroplasty altogether can have a substantial impact on the cost to the healthcare system.