Incorrect administration of insulin (e.g., too little, too much, or at wrong times) can result in transient and serious hypo- and hyperglycemia, wide glycemic excursions, and diabetic ketoacidosis. 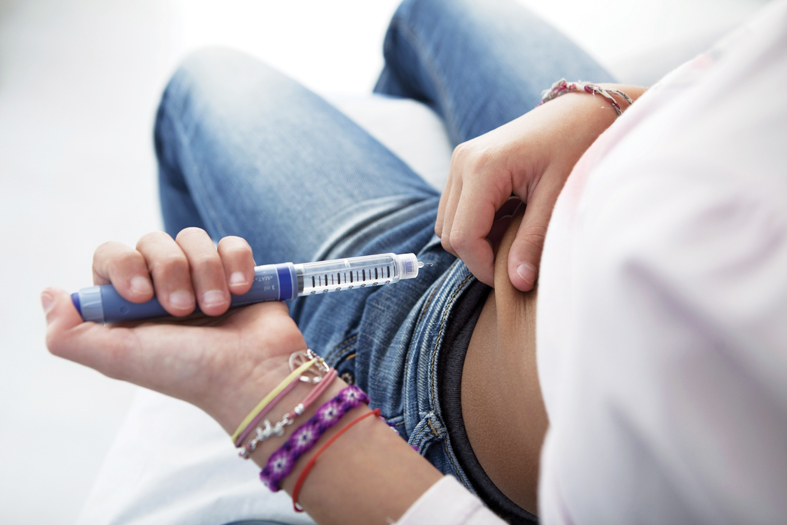 Timely and accurate mealtime insulin dosing can be an ongoing challenge for people with type 1 diabetes.

A multinational, online study (Lane et al 2021) aimed to explore attitudes and behaviours around mealtime insulin dosing and the impact of mealtime dose timing, particularly with regard to premeal dosing (15–20 minutes before a meal).

A large proportion of people with type 1 diabetes, both adults and children, do not achieve guideline-recommended A1C targets.

Contributing to overall glycaemic burden is postprandial glucose (PPG), which, together with fasting plasma glucose, is a target measure that is incorporated into guideline recommendations. Elevated PPG levels have been shown to be associated with a significant increase in health care resource utilisation, including clinic visits, calls, emails to health care providers, and hospitalisations among adults with diabetes who use a multiple daily injection insulin (MDI) regimen. However, managing PPG remains one of the most challenging aspects of diabetes care.

Multiple studies and clinical practice guidelines have suggested that the optimal time to administer a rapid-acting insulin analogue is 15–20 minutes before the start of a meal. This recommendation follows observations in general practice and studies evaluating the effect on PPG excursions of dose timing of rapid-acting insulin relative to meals in people with type 1 diabetes. Premeal bolusing of rapid-acting insulin analogues 15 minutes before mealtime resulted in lower PPG excursions and more time spent in the euglycemic range (3.5–10mmol/L) without increased risk of hypoglycaemia.

Despite these results and clinical recommendations, real-world studies have demonstrated poor adherence to the recommended injection-to-meal interval, and postmeal bolus dosing is commonly observed. Synchronising the administration of insulin with its anticipated effect on glucose absorption poses a significant challenge for many people with diabetes, especially children or anyone who struggles to adhere to lifestyle routines. Some of the challenges associated with mealtime insulin dosing include injection pain, embarrassment, and interference with daily activities.

Not surprisingly, adjusting insulin dose to meals, or vice versa, was a key challenge reported by people with type 1 diabetes and their treating physicians. Accordingly, the need for additional food intake or additional insulin was reported frequently as necessary corrective actions occurring on at least a weekly basis. Parents of children with type 1 diabetes were more likely than adults with diabetes to report these challenges, as it is more difficult to predict the amount of food a child will eat. Consequently, at least half of surveyed participants resorted to postmeal insulin administration at least once a week.

It follows that the majority of surveyed people with type 1 diabetes and physicians felt that the need for premeal insulin administration has a negative impact on lifestyle and that an option to administer mealtime insulin immediately before or immediately after a meal would improve quality of life. This finding highlights the need for better education of people with type 1 diabetes around the correct adjustment of bolus insulin doses before meals. Additional food intake or insulin dosing should not be required as a postmeal corrective action.

Rapid-acting insulin analogues (i.e., insulin lispro, insulin glulisine, and insulin aspart) are generally recommended for use before a meal, and clinical guidelines recommend premeal insulin administration. When initially introduced, however, this first generation of mealtime insulin was also approved for postmeal administration, but this practice is now generally recognised as suboptimal, as it can result in higher A1C levels (compared with premeal administration of bolus insulin), postprandial hyper- and hypoglycaemia, and ensuing complications. The importance of PPG is now widely accepted and is reflected in new guidelines.

Improvements in PPG control have also been shown with the mealtime administration of ultra-rapid lispro (URLi), indicated for the treatment of type 1 or type 2 diabetes and inhaled Technosphere insulin in adults with type 1 diabetes. In a phase 3 treat-to-target trial in adults with type 1 diabetes, both mealtime and postmeal URLi demonstrated noninferiority to insulin lispro for change in A1C, and mealtime URLi was superior to insulin lispro in reducing PPG excursions.

The improved time-action profile, more rapid onset of action, and demonstrated efficacy of ultra-fast-acting compared with rapid-acting insulin analogues might indeed help to alleviate the need for corrective actions after meals and facilitate more flexible insulin dosing around meals while mitigating concerns about PPG excursions.

In summary, this study provides real-world insight into the challenges and behaviours associated with premeal insulin dosing in people with type 1 diabetes. The importance of injection timing is not always discussed by physicians, even though it is critical to achieving PPG control. Although the importance of accurate and timely dosing was recognized, premeal insulin administration poses a clear challenge to people with type 1 diabetes. Given the choice, participants said they would prefer mealtime or even postmeal administration as being clearly advantageous and beneficial to quality of life. Given the high proportion of people with type 1 diabetes with missed insulin boluses, more convenient timing may also aid therapeutic adherence. The advent of ultra-rapid insulin analogues now presents a possible solution to some of these issues. Physicians should aim to explore the issues around administration of insulin with meals and address their patients’ needs through support, education, and, where clinically appropriate, consideration of ultra-rapid insulin therapy.