Common symptoms of AR include a runny or congested nose, sneezing, itching eyes, post-nasal drip, sore throat, chest tightness, coughing or shortness of breath. It is easy to confuse allergy symptoms with a common cold, however the latter does not itch, and symptoms tend to only last seven to 10 days. AR can be intermittent (eg seasonal) or persistent. 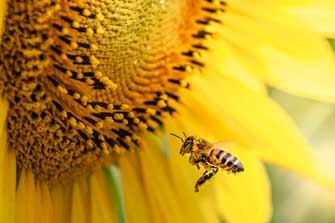 Pollen and fungal allergens among the leading triggers of rhinitis and asthma.

When is allergy season?

South Africa has a divergent biodome (nine) ranging from the dry Karoo, the humid coast of KwaZulu-Natal, the grasslands of the Drakensberg region, which stretches from the Eastern Cape, Lesotho  Free State, and Mpumalanga, to the wet and windy Cape Province. Other local biomes include the tropical Indian Ocean Coastal Belt, the temperate Grassland, and the hot Savanna Biome.

Allergy season depends on where you live and what you are allergic to. In the Cape Province, the grass pollen season starts in September and ends in March, with peaks in October.

On the Highveld (Mpumalanga), the grass pollen season is longer, lasting from September to May (grass is regarded as a perennial allergen). In the Free State, Zea mays (maize) is considered a major cause of AR. In most provinces, maize is planted between October and December.

When to start treatment

The South African Pollen Network was launched at the Lung Institute, University of Cape Town (UCT) in August 2019 to keep track of the county’s pollen counts.

Spores traps have been set up in Bloemfontein, Cape Town, Durban, Johannesburg, Kimberley, Port Elizabeth, and Pretoria. The traps track pollen and fungal spores. The data are freely made available online every week (www. https://pollencount.co.za/).

According to Prof Michael Levin, Head of Paediatric Allergology, at the UCT and CEO of the Allergy Foundation of South Africa, information about when the peak of a particular pollen will occur, enables clinicians to start treatment timeously for patients affected by seasonal symptoms.

“Because our pollen understanding is now in real time, and individualised for different regions, we can now diagnose which allergen might be responsible more easily, and better advise patients on treatments, including allergen immunotherapy,” said Prof Levin.

How is seasonal AR treated?

The standard treatment algorithm for AR begins with allergen avoidance. Patients are encouraged to limit exposure to relevant allergens by taking precautionary measures, such as closing windows to prevent pollen entry, maintaining humidity < 40% in homes to prevent dust mite and mould growth, and/or using high-efficiency particular air (HEPA) filters to remove animal dander from the air.

If these measures proof to be ineffective, pharmacotherapy is recommended. During the early response in AR, histamine has been found to be the most abundant mediator and it is associated with many symptoms of this disease mediated through the histamine H1 receptor.

The 2016 Allergic Rhinitis and Its Impact on Asthma (ARIA) guidelines recommend that the selection of pharmacotherapy for patients with AR should be based on:

The guidelines recommend either a combination of inhaled corticosteroids (INCS), plus an oral antihistamine (OAH) or INCS in patients with seasonal AR. The choice of treatment depends on patient preference. At initiation of treatment (first two weeks), a combination of an INCS plus an inhaled antihistamine (INAH) might act faster than an INCS alone and might therefore be preferred by some patients.

Second-generation non-sedating H1-antihistamine such as rupatadine is the preferred choice. First generation antihistamines have been associated with sedation.

Added benefits of rupatadine is that is a selective, long-acting histamine antagonist (≥24 hours allowing for once daily dosing) with peripheral H1 receptor activity and additional antagonist effects on platelet-activating factor (PAF).

PAF is an endogenous phospholipid mediator of inflammation made up of inflammatory cells such as alveolar macrophages, eosinophils, mast cells, basophils, platelets, and neutrophils, which are released in response to allergic/inflammatory reactions. These reactions are associated with increased vascular permeability, eosinophil chemoattraction, bronchoconstriction and airway hyperresponsiveness, all of which are involved in the pathophysiology of rhinitis, asthma, and anaphylaxis.

Doses of 10mg and 20mg were found to be the most effective compared to lower doses and, apart from a general trend towards faster symptom relief at 2 mg, significant differences following seven days’ treatment were observed.

In comparative studies, rupatadine 10mg once daily compared to a competitor product 10mg once daily and placebo found that participants in the rupatadine arm had a 33% reduction in mean daily total symptom score values within two weeks compared to placebo.  In addition, the total symptom score for rupatadine was 22% lower compared with the competitor product.  Compared with placebo, rupatadine reduced all symptoms with a statistically significant reduction of sneezing, rhinorrhoea, lacrimation, and nasal itch.

In another comparative study, the researchers compared the efficacy of rupatadine and levocetirizine in patients with seasonal symptoms.  After two weeks, report the researchers, participants in the rupatadine arm showed a significantly greater reduction in immunoglobulin-E (IgE) levels and overall nasal symptom scores.

Rupatadine is a once-daily non-sedative, selective, long-acting H1 anti-histamine with antagonistic PAF effects through its interaction with specific receptors. In the treatment of AR, rupatadine10mg and 20mg per day were more effective than placebo and at least as effective or superior to competitor products. Rupatadine significantly improves nasal symptoms in patients with AR and has a good safety profile.