As explored in my previous article (Medical Chronicle, October issue), a purely glucose-centric approach does not optimally resolve the issue of accelerated atherosclerotic cardiovascular disease (ASCVD) and it’s manifestations in type 2 diabetes (T2D). While there is a reduction in microvascular disease, we know from the big cardiovascular studies that patients aren’t getting much benefit in terms of macrovascular outcomes. 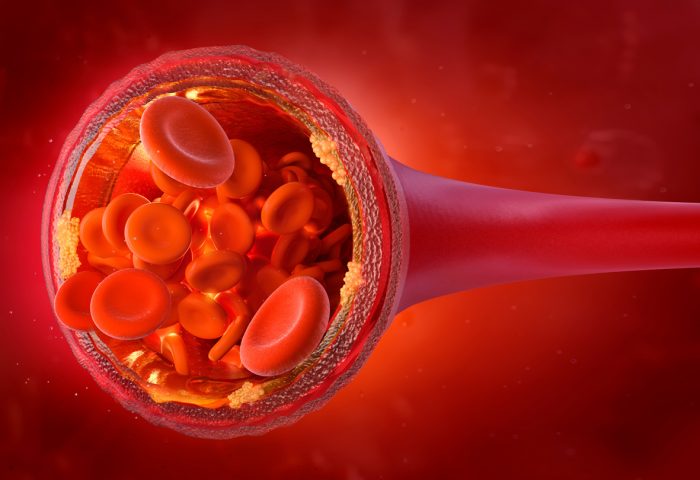 Although the goal of these trials was to demonstrate non-inferiority to placebo, to the pleasant surprise of the trialists, some of these molecules resulted in a reduction in cardiovascular events

A drug called rosiglitazone was approved in 2000 for T2D.1 However, over the years, rosiglitazone showed a statistically significant increase in the risk of myocardial infarction2. After various meta-analyses showed increased cardiovascular risk in this molecule, in 2010 the US Food and Drug Administration (FDA) and European Medicines Agency (EMA) evaluated rosiglitazone’s safety.3 In 2010, the EMA suspended its license across all EU states. The FDA then severely restricted prescribing the drug and stated that providers must document patients’ eligibility and ensure that patients were aware of the cardiovascular safety concerns or risks.

This was the birth of all the cardiovascular outcomes trials for antidiabetic therapy. The 2008 FDA/ Committee for Medicinal Products for Human Use mandate was that all new antidiabetic therapy needs to be tested for safety and needs to demonstrate that it does not increase cardiovascular risk to an unacceptable extent. This forced all anti-diabetes drug makers to subject their molecule to a cardiovascular outcome study, the aim being to demonstrate safety, which was measured by non-inferiority to placebo. We then had a mushroom of cardiovascular outcomes trials in glucose-lowering drugs from 2011 to 2020.4 For the purpose of this article, we will focus on the glucagon-like peptide-1 receptor agonists (GLP-1 RAs).

Although the goal of these trials was to demonstrate non-inferiority to placebo, to the pleasant surprise of the trialists, some of these molecules demonstrated superiority, resulting in a reduction in cardiovascular events. These studies now showed a macrovascular disease benefit. This caused a huge disruption in the belief that diabetes is a glucose-centric disease, to now appreciating the significance of the ASCVD and the role that it plays in T2D. Some of these novel molecules were no longer seen as merely glucose-lowering molecules, they conferred so much more benefit than that.5

GLP-1 RAs have a range of functions and have multiple effects on organs such as the brain, heart, stomach, pancreas, muscle and fat, and liver as well as the intestine, as shown in Figure 1. 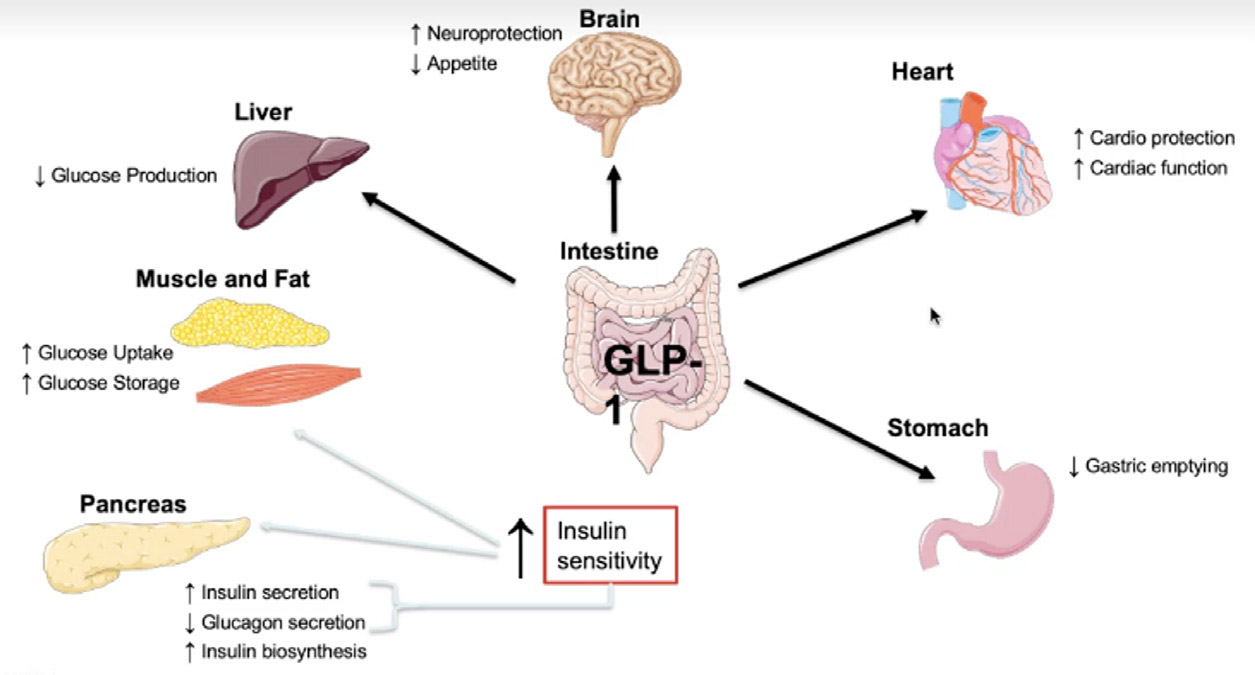 For most cardiovascular outcomes trials, patients were selected who already had diabetes and established ASCVD.6,7 Follow up with these patients looked at who has more recurrent events with the molecule tested, vs placebo. What is important to note is the differences in dosing. The older-generation GLP-1 RAs were taken daily, whereas, with new innovation, the contemporary molecules are now dosed weekly due to prolonged drug half-lives.

The number of patients recruited per trial is another notable factor, generally the lower the number, the sicker the population. Meaning that to successfully reach the primary endpoint did not require a large study sample size, and a relatively smaller study population was adequate to demonstrate the new drugs safety to CVD. It is also important to note the percentage of women that were selected. Cardiovascular disease tends to be more prominent in men and women are protected until they reach menopause. However, the REWIND trial (dulaglutide) had a 46% female study population. This is because, in this study, they didn’t have as many patients with established cardiovascular disease.8

If one evaluates the burden of prior cardiovascular disease, the REWIND trial only had 31% of its study population with established ASCVD. The majority of patients in the REWIND trial had not had a prior ASCVD, they had risk factors only.8 HbA1c is another important marker. Trialists will generally select patients who have poorly controlled HbA1c because these novel molecules were traditionally seen as an add-on therapy to those patients who struggle to control their HB A1c. However, the REWIND study population had reasonably well-controlled diabetic patients compared to the other trials that we are comparing the REWIND trial to. The patients in the REWIND study had a desirable mean HbA1c percentage of 7.3.8

The follow-up in years is also another important factor, as these clinical trials are designed to be event-driven studies, and once there are enough end-point events, the study stops. The REWIND trial took 5.4 years to accumulate a sufficient number of ASCVD events. That is because these patients were well controlled without established CVD prior events. Meaning they were less risky patients, with largely risk factors for ASCVD and not prior established CVD.8

The disruption that the REWIND study caused, was that it changed the paradigm to show those seemingly well-controlled diabetic patients, who only have risk factors, can still benefit from this therapy (GLP1-RA) because of its cardioprotective properties, to prevent these patients from having the dreaded ASCVD such as heart attacks and strokes.9 Non-inferiority was actually the primary endpoint. When dulaglutide demonstrated superiority, it was an unanticipated benefit.

Because of the REWIND data that has emerged, there is now a rethink of the drug therapy for T2D patients. T2D patients no longer need to wait to complicate with ASCVD before a GLP1-RA with proven benefit for ASCVD (superiority) can be prescribed. The REWIND trial demonstrated that T2D patients with only risk factors for ASCVD may successfully and safely use the GLP1-RA (Dulaglutide) to prevent an ASCVD event from occurring. If T2DM patients only have ASCVD risk factors, which most diabetic patients do, this agent can offer benefit.

In a comparison of the efficacy of different agents in managing hypoglycaemia and its cardiovascular effects, Figure 3 shows sulfonylureas and insulins cause hypoglycaemia. In terms of weight, sodium-glucose co-transporter-2 (SGLT2) inhibitors and GLP-1 RAs have weight loss benefits. However, some of the other agents can cause weight gain such as thiazolidinedione and sulfonylureas, as well as insulins.

To conclude, while traditional GLP-1 RA trials demonstrated efficacy in T2D with established ASCVD, dulaglutide in the REWIND trial has now anchored dulaglutide as an agent that can be used in patients without established CVD, and so the rationale is to use this agent early in primary prevention.