It is estimated that the incidence of type 1 diabetes (T1DM) and T2DM among children and adolescents is also increasing globally – particularly in those aged less than 15 years. The overall annual increase is estimated to be around 3%.2 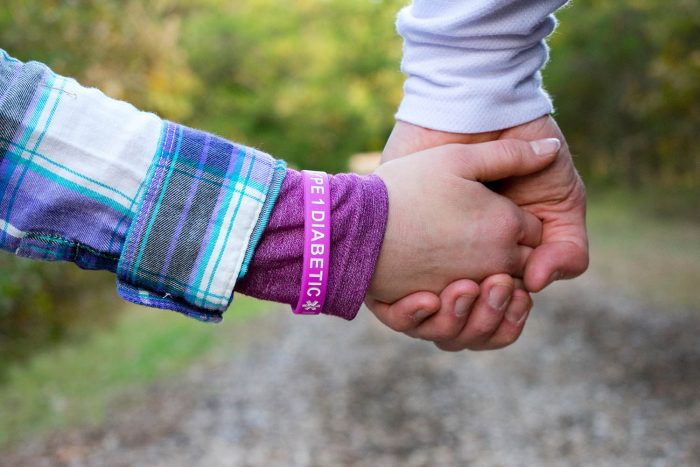 The biggest increase in the prevalence of T2DM predicted for Africa (146%) – almost five times the increase predicted for North America and ten times for Europe.

An estimated 4.2 million adults (20–79 years) died as a result of diabetes and its complications in 2019. This is equivalent to one death every eight seconds. Diabetes is estimated to be associated with 11.3% of global deaths from all causes among people in this age group.2

The International Diabetes Federation projects that diabetes-related expenditure will reach USD825bn by 2030 and USD845bn by 2045.2

The high economic burden of diabetes is amplified by non-traumatic lower-extremity amputation and blindness worldwide, with patients also at greater risk of cardiovascular disease.1

Components of an effective management strategy

The 2021 American Diabetes Association (ADA) guideline stresses that interventions should be made in a timely manner, based on the evidence provided by guidelines, and made in collaboration with patients to improved adherence to treatment in order to reduce the risk of complications and optimised quality of life.3

The ADA recommends the chronic care model (CCM) to achieve the above mentioned goals. The CCM is patient-centred and incorporates team care, long-term treatment to effectively manage diabetes and comorbidities, and effective communication and goal setting between all team members, which includes the patient.3

Obstacles in the effective management of patients with diabetes

Poor glycaemic control as a result of non-adherence to treatment increases the risk of hypoglycaemia and subsequent complications. It is therefore crucial that patients with diabetes are managed effectively.1

According to Godman et al, effective management includes greater use of long-acting insulin analogues, which were developed to reduce the risk of hypoglycaemia – especially nocturnal hypoglycaemia – and improve adherence to treatment because it reduces the number of injections needed.1

When should long-acting insulin be introduced in patients with T2DM?

The ADA guideline recommends an HbA1c target of <7% for the majority of non-pregnant adults. A lower HbA1c goal (<6.5%) may be appropriate for some patients if they are not at risk of hypoglycaemia of other adverse events. The decision to lower the target should be based on clinical judgement and patient preference.3

Less stringent HbA1c targets (such as >8%) may be appropriate for patients with a history of severe hypoglycaemia, limited life expectancy, advanced microvascular or macrovascular complications, extensive comorbid conditions, or long-standing diabetes in whom the target is difficult to achieve despite DSMES, appropriate glucose monitoring, and effective doses of multiple glucose-lowering agents, including insulin.3

Metformin is the preferred initial pharmacologic agent for the treatment of T2DM and should be continued as long as it is tolerated and not contraindicated.3

Other agents, including insulin, should be added to metformin. Early combination therapy can be considered in some patients at treatment initiation to extend the time to treatment failure.3

The early introduction of insulin should be considered if there is evidence of ongoing catabolism (weight loss), if symptoms of hyperglycaemia are present, or when HbA1c levels (>10%) or blood glucose levels (16.7mmol/L) are extremely high.3

How effective are long-acting basal insulins?

One of the biggest obstacles in using insulin for the management of diabetes is patients’ fear of hypoglycaemia and weight gain leading to non-adherence to treatment, clinical inertia (not intensifying treatment), resulting in a loss of glycaemic control. According to Ghosh et al, the majority of both primary care physicians and specialists have indicated that they would treat their patients more aggressively if hypoglycaemia was not a concern.4

Second-generation basal insulin formulations (eg insulin glargine 300U/mL [GLA-300]) have been developed and provide advantages of lower intraindividual variability, flexibility in dosing, and a sustained glucose-lowering effect without an increased risk of hypoglycaemia. GLA-300 has been approved for the management of both T1DM and T2DM.4

A series of clinical trials, which recruited patients with both T1DM and T2DM, showed that GLA-300 are safe and effective to reduces HbA1c, the risk of hypoglycaemia, and weight gain in patients with T2DM who are treatment-naïve, elderly, and uncontrolled on one or more oral anti-diabetic (OAD) agents.4

EDITION 1 compared the efficacy and safety of new insulin GLA-300 with GLA-100 in people with T2DM on basal insulin (≥42 units/day) plus mealtime insulin. HbA1c reduction was equivalent between the two regimens, mean difference -0.00%). Fewer participants reported one or more confirmed (≤3.9mmol/L) or severe nocturnal hypoglycaemic events between week nine and month six with GLA-300 (36% vs 46% with GLA-100). Nocturnal hypoglycaemia incidence and event rates were also lower with GLA-300 in the first eight weeks of treatment. No between-treatment differences in tolerability or safety were identified.5

EDITION 2 compared the efficacy and safety of GLA-300) with GLA-100 over 12 months of treatment in people with T2DM using basal insulin and OADs. The reduction in HbA1c was maintained for 12 months with both treatments A significant relative reduction of 37% in nocturnal hypoglycaemia (≤3.9mmol/L) or severe hypoglycaemia was observed with GLA-300 compared with GLA-100: rate ratio 0.63. Fewer participants experienced ≥1 event. Weight gain was significantly lower with GLA-300 than GLA-100 (-0.7). Both treatments were well tolerated with a similar pattern of adverse events.6

EDITION 3 compared the efficacy and safety of GLA-300 with that of GLA-100 in insulin-naïve people with T2DM using OADs. HbA1c levels decreased by equivalent amounts with the two treatments. The mean difference in change from baseline was 0.04% or 0.4 (−1.0 to 1.9mmol/L). Fewer participants reported ≥1 nocturnal confirmed (≤3.9 mmol/l) or severe hypoglycaemia from week nine to month six with GLA-300 versus GLA-100, a significantly lower risk of hypoglycaemia with this definition was found over the six-month treatment period. No between-treatment differences in adverse events were identified.7

The SENIOR study compared the efficacy and safety of GLA-300 with glargine GLA-100 in older people (≥65 years old) with T2DM. Comparable reductions in HbA1c were observed from baseline to week 26 for GLA-300 (−0.89%) and GLA-100 (−0.91%) in the overall population (mean difference 0.02%) and for participants aged ≥75 years (−0.11%). Incidence and rates of confirmed (≤3.9mmol/L) or severe hypoglycaemia events were low and similar between both treatment groups, with lower rates of documented symptomatic hypoglycaemia with GLA-300. The lower risk of hypoglycaemia with GLA-300 versus GLA-100 was more apparent in the subgroup aged ≥75 years versus the overall population. Significantly lower rates of symptomatic (≤3.9mmol/L) hypoglycaemia were observed (GLA-300: 1.12, GLA-100: 2.71).8

The DELIVER programme assessed the safety and effectiveness of second-generation basal insulin analogues (GLA-300 vs GLA-100, detemir, degludec) in real-life clinical practice settings. Overall, GLA-300 provided similar anti-hyperglycaemic effectiveness and a lower risk of hypoglycaemia versus GLA-100 and detemir in people with T2D who had switched basal insulins.9

In addition, the DELIVER 2 study reported that people with T2D who switched to GLA-300 had reduced healthcare resource utilisation, with an overall saving of US$1439 per person per year compared with those who switched to another basal insulin analogue. Overall, the real-world DELIVER programme showed that the glycaemic control with a low risk of hypoglycaemia observed with GLA-300 in randomised clinical trials was also seen in standard clinical practice.9

9. Blonde L, Bailey T, Sullivan SD, et al. Insulin glargine 300 units/mL for the treatment of individuals with type 2 diabetes in the real world: A review of the DELIVER programme. Diabetes, Obesity and Metabolism, 2021.