Evidence has shown that high triglycerides are causally related to cardiovascular disease (CVD), and so drug therapy targeting this lipid abnormality could help to further reduce CVD risk in people with type 2 diabetes mellitus (T2DM). Fibrates are an example of such a drug therapy, as they both decrease triglyceride levels and increase high-density lipoproteins (HDL) cholesterol. 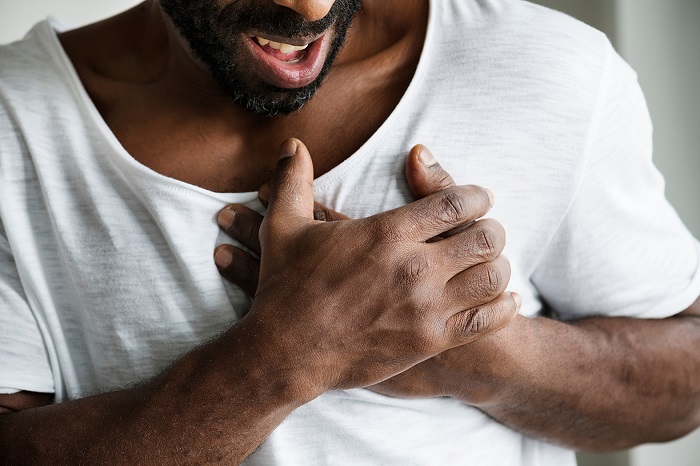 The Action to Control Cardiovascular Risk in Diabetes (ACCORD)-Lipid study found no evidence of a beneficial effect of statin-fibrate combined treatment, compared to statins alone, on cardiovascular outcomes and mortality in type 2 diabetes mellitus after five years of active treatment. However, a beneficial reduction in major CVD events was shown in a pre-specified subgroup of participants with dyslipidaemia. The extended follow-up of this trial provides the opportunity to further investigate the possible beneficial effects of fibrates in this group of patients. Zhu et al 2020 aimed to evaluate possible ‘legacy effects’ of fibrate add-on therapy on mortality and major cardiovascular outcomes in patients with dyslipidaemia.

Methods:  The ACCORD-lipid study was a randomised controlled trial of 5518 participants assigned to receive simvastatin plus fenofibrate vs simvastatin plus placebo. After randomised treatment allocation had finished at the end of the trial, all surviving participants were invited to attend an extended follow-up study (ACCORDION) to continue the prospective collection of clinical outcomes. The study authors undertook a secondary analysis of the trial and post-trial data in patients who had dyslipidaemia. The primary outcome was all-cause and cardiovascular mortality, and secondary outcomes were nonfatal myocardial infarction, stroke, congestive heart failure and major coronary heart disease. The investigators used an intention-to-treat approach to analysis to make comparisons between the originally randomised treatment groups.

Results: A total of 853 participants with dyslipidaemia had survived at the end of the trial. Most participants continued to use statins, but few used fibrates in either group during the post-trial period. The incidence rates in the fenofibrate group were lower with respect to all-cause mortality, CVD mortality, nonfatal myocardial infarction, congestive heart failure and major coronary heart disease than those in the placebo group over a post-trial follow-up. Allocation to the combined fibrate-statin treatment arm during the trial period had a beneficial legacy effect on all-cause mortality (adjusted HR = 0.65, 95% CI 0.45–0.94; P =  0.02).

Conclusions:  Fibrate treatment during the initial trial period was associated with a legacy benefit of improved survival over a post-trial follow-up. These findings support the re-evaluation of fibrates as an add-on strategy to statins in order to reduce cardiovascular risk in diabetic patients with dyslipidaemia.

Dyslipidaemia is a major contributor to the increased risk of CVD among patients with T2DM. While other types of lipid abnormalities can be found in people with diabetes, the typical diabetic dyslipidaemia (also called atherogenic dyslipidaemia) is characterised by elevated triglycerides, small dense low-density lipoproteins (LDL) particles, and low levels of HDL cholesterol. Recommended first-line measures for CVD prevention in people with diabetes who have dyslipidaemia include non-drug interventions (dietary regulation, exercise, moderation of alcohol intake and weight loss) and LDL-cholesterol lowering with statin drug therapy.

The use of statins as the primary drug treatment option is supported by a large body of evidence. For example, a meta-analysis of 14 randomised trials that included more than 18 000 people with diabetes, found that for every mmol/L reduction in LDL cholesterol there was a 21% proportional reduction in the risk of a major vascular event. This proportional risk reduction is similar to that observed in people without diabetes, but because the baseline absolute risk is on average higher in people with diabetes, the absolute benefits are greater. However, the trial data also show substantial ‘“residual risk’ in people with T2DM who are on statin treatment, and often the absolute risk is still higher than that in people without diabetes who are not on statin treatment.

This indicates that preventative treatment with statins alone may not be enough in people with T2DM and additional therapies may need to be considered. There is also evidence from Mendelian randomisation studies that high triglycerides are causally related to CVD, and so drug therapy targeting this lipid abnormality could help to further reduce CVD risk in people with T2DM.

Fibrates both decrease triglyceride levels and increase HDL-C. To investigate if these effects on lipid biomarkers translate into a reduction in CVD, the Action to Control Cardiovascular Risk in Diabetes (ACCORD)-Lipid study randomised 5518 people with T2DM to combined statin-fibrate therapy vs statin therapy alone. Although the ACCORD-Lipid study found no benefit between randomised groups overall, a beneficial reduction in major CVD events was found in a pre-specified subgroup analysis of study participants with dyslipidaemia (triglyceride greater than 204 mg/dl and high-density lipoprotein less 34 mg/dl). The authors hypothesised that fibrate therapy, offered as an add-on to statin therapy, may be beneficial for people with diabetes who are found to have hypertriglyceridemia and/or reduced HDL-C. This hypothesis is supported by the findings of several systematic reviews of RCTs of fibrate therapy.

At the end of the ACCORD-Lipid trial, participants were unblinded from their randomised groups and passively followed up for an additional five years through follow-up clinics and routine data collection methods. The post-trial follow-up data provide a unique opportunity to evaluate the effect of add-on fibrate therapy in the longer term, and the possibility of the emergence of ‘legacy effects’. Legacy effects describe intervention effects observed in the post-trial period which are not due to the direct effects observed during the trial period.

The finding of a legacy effect would have important clinical implications, including the potential benefits of early initiation of fibrate treatment in the setting of diabetic dyslipidaemia. Although potential legacy effects for statin treatment have been investigated in a number of post-trial follow-up studies, those for combined statin fibrate treatment remain unexplored. Post-trial data after a statin-fibrate RCT provide the opportunity to investigate potential legacy effects in people with T2DM and dyslipidaemia. Therefore, the study authors conducted a secondary analysis of data from the ACCORD-Lipid trial and the ACCORDION post-trial follow-up study, in order to determine whether or not there is evidence for legacy effects for fibrate add-on strategy to statins in diabetic patients with dyslipidaemia.

The study authors found that patients with dyslipidaemia who were randomised to statin-fibrate treatment during the trial had higher survival in the five years after the trial than those randomised to statin-placebo. This effect was observed despite a similar achieved lipid profile during the extended observational follow-up, which suggests a legacy effect of fibrate add-on therapy on all-cause mortality. Although estimated legacy effects on all other outcomes were not statistically significant, the effect estimates suggest that improved survival is likely to be largely explained through effects on CVD. No information was available on non-CVD causes of death, which meant they were not able to explore other possible explanations for the all-cause mortality reduction. The overall long-term benefits for CVD mortality appeared to be driven by both within-trial treatment effects and legacy effects emerging post-trial.

During the trial period, fibrate add-on therapy reduced triglycerides and very LDL-C (VLDL-C) beyond that achieved with statins only, but HDL-C was increased by only a limited amount. These findings have been observed in other clinical trials of fibrate — for example in the Fenofibrate Intervention and Event Lowering in Diabetes (FIELD) study, allocation to fenofibrate resulted in a 20% reduction of baseline TG, but HDL-C remained almost unchanged at study close. The improvement of the triglyceride-rich environment may explain the reduced risk of CVD observed during the trial period in these patients. As most of the participants in the active arm discontinued the use of fibrate post-trial, between-group differences in triglycerides and VLDL-C soon disappeared. This suggests continuous treatment is necessary to maintain a lower triglyceride (TRIG)/VLDL-C.

The findings on potential beneficial effects on CVD mortality reduction are supported by a recent report of a large propensity-matched cohort study that found a (non-statistically significant) reduction in CVD mortality associated with fibrate use. Results from the ongoing Pemafibrate to Reduce Cardiovascular Outcomes by Reducing Triglycerides in Patients with Diabetes (PROMINENT) study will also provide evidence regarding short term effectiveness; further, follow up studies are needed for longer-term legacy effects.

In conclusion, this secondary analysis found evidence of legacy effects of fenofibrate-statin combined therapy on all-cause mortality in diabetic patients with dyslipidaemia.

This finding suggests fibrate treatment may be an effective means of reducing residual cardiovascular risk in these patients.