Tiredness and fatigue are common symptoms in the primary health care system – approximately one-fifth of patients present with fatigue, and one-third of adolescent’s report having fatigue at least four days per week.2bThe clinical presentation of fatigue may vary between individuals. Men often describe fatigue as tiredness whereas women are more likely to describe feeling anxious or depressed.2c 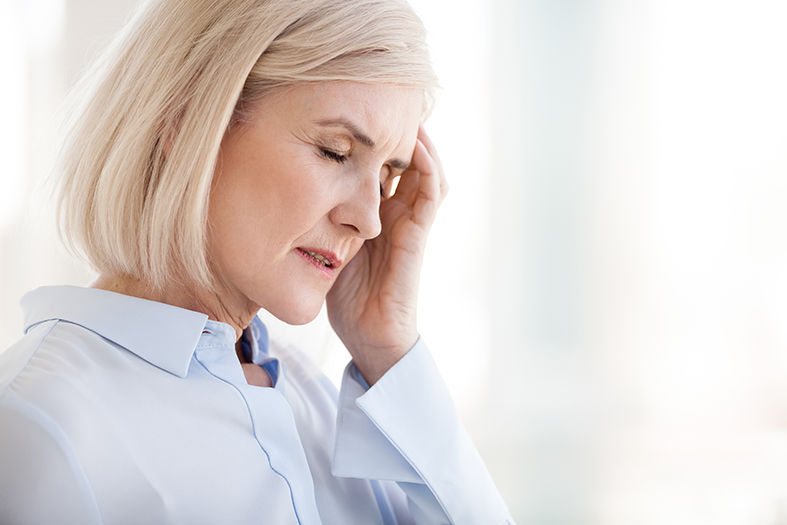 These symptoms are often initiated by inadequate rest, physical effort, or mental strain unrelated to an underlying medical condition (physiological fatigue) and may be quickly relieved by rest or lifestyle changes.

On the other hand, fatigue may be associated with an underlying medical condition (pathological fatigue) and is often persistent, lasting longer than four months and not ameliorated by rest.2d,3a In a French study of 24 healthy men and women, poor sleep followed by family and professional worries was the main reason for a feeling of fatigue, reported as a lack of motivation in 75% of subjects and a lack of vitality in 50% of patients.1b,c

Muscle fatigue is a commonly experienced phenomenon that limits athletic performance and other strenuous or prolonged activities. It is also increasing and restricts daily life under various pathological conditions, including neurological muscular and cardiovascular disorders, as well as ageing and frailty.3b

Physical examination and laboratory investigations may identify underlying medical conditions which explain fatigue. Tiredness cannot generally be completely explained as a consequence of a single disease or pathological mechanism.4a No aetiology is found in approximately one-third of patients who present with fatigue.2g

Recently, studies have explored the notion that certain biological compounds involved in energy homeostasis, may play a role in physical and mental fatigue. Inadequate nutritional intake (low protein diet, vitamin and mineral deficiencies), underlying inflammatory mechanisms and immune system activation, may contribute to the feeling of tiredness through disturbances in energy production, production of cytokines and oxidative stress.1,6,9

Fatigue is, interestingly, one of the first and most common symptoms associated with an activated immune system. Activation of the immune system produces pro-and anti-inflammatory cytokines. The cytokine signal reaches the brain via several immune-to-brain pathways and induce modifications in neurotransmitter and neuroendocrine systems, along with modifications in brain functions, which lead to behavioural changes. During cancer treatment, the increase in circulating concentrations of inflammatory markers, such as C-reactive protein (CRP) and interleukin (IL-6), was related to the development of an overall feeling of fatigue. 8a,b,c,d

Subclinical or inadequate intake of vitamins and minerals can lead to a significant proportion of the population not meeting their optimum delivery needs in emerging and developed countries. These insufficiencies may subsequently result in a higher risk of pathologies. The majority of Americans consume sufficient amounts of most nutrients to offset clinical symptoms, but in many individuals, intake falls below adequate Intake levels. In these situations, supplementation may be of value. An improvement in cognition and psychological function, a reduction in mental and physical fatigue and a general feeling of well-being are commonly reported motivations for taking supplements.1d,e,f,g,m

In the human body, cells and organs require energy to maintain life. Amino acids are the building blocks for tissue proteins and essential substrates for important physiological functions. These are functionally classified as essential and non-essential amino acids.

Essential amino acids are dependent on dietary intake whereas non-essential amino acids are synthesised within cells and therefore referred to as nutritionally non-essential. In certain conditions (pregnancy, lactation, injury, burns and disease), the rate of amino acid utilisation in the body is greater than the supply of nutrients from the diet. Under these conditions, certain amino may become ‘conditionally essential’.6a,b,c

Therefore, in certain pathophysiological states, accompanied by decreased protein supply from dietary sources, the overall result is a loss of muscle mass, impaired immunity, and improper functioning of organs with subsequent fatigue. There is increasing evidence that regular essential amino acid intake as part of an oral diet is effective in reversing muscle catabolism, promoting muscle anabolism, and restoring immunological function. Therefore, the use of amino acids as supplements to diet would be expanding into the near future.9a

The amount of protein required to maintain nitrogen balance is dependent on amino acids, which further supports the claim that supplementation may be useful in maintaining energy homeostasis in persons with a protein-deficient diet. 10

Evidence for specific amino acids and their benefits in fighting fatigue

Vitamins and Minerals can improve physical and mental fatigue

Enzymes break down ingested carbohydrates into monomeric sugars, lipids into fatty acids and proteins into amino acids. Acetyl CoA that is derived from glucose, fatty acids and amino acids, enter the Citric Acid Cycle in the mitochondria of cells. Through oxidative phosphorylation, there are billions of molecules of adenosine triphosphate (ATP) produced, the cell’s energy source. Macronutrients, vitamins and minerals are necessary to drive this highly efficient system. All the B vitamins, except for folate, are involved in at least one, or several steps in the energy production system (figure 1).1h 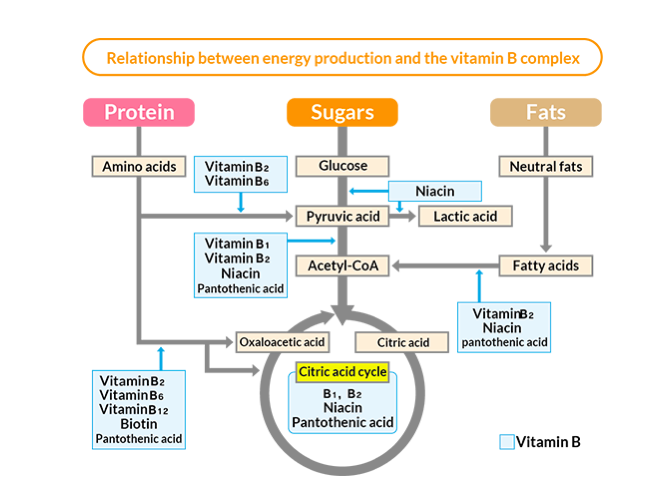 Figure 1: B Vitamins in the Citric Acid Cycle

The active forms of thiamine (vitamin B1), riboflavin (vitamin B2), niacin (vitamin B3) and pantothenic acid (vitamin B5) are essential co-enzymes in mitochondrial aerobic respiration and cellular energy production via their direct roles in the citric acid cycle, the electron transport chain, and the resultant formation of ATP via Acetyl-CoA.16a In addition, thiamine and biotin (vitamin B8) play unique and essential roles in the mitochondrial metabolism of glucose and fatty acids and amino acids, respectively, thereby contributing substrates to the citric acid cycle.16b

Pyridoxine (vitamin B6) act as a cofactor of enzymes involved in amino acid metabolism, glycogenolysis and gluconeogenesis.1i It also has a direct effect on immune function and plays a role in brain glucose regulation.16e Biotin (vitamin B8) plays a critical role in the synthesis of fatty acids and plays a key role in glucose metabolism and haemostasis.16f

Beyond their role as cofactors in the production of energy, B vitamins also play a vital role in the metabolic functioning of the brain. Thiamine plays a neuro-modulatory role in the acetylcholine neurotransmitter system.16c Pantothenic acid contributes to the structure and function of brain cells via its involvement in the synthesis of cholesterol, amino acids, phospholipids and fatty acids, and is also involved in the synthesis of multiple neurotransmitters and steroid hormones.16d

Magnesium is essential for energy generation as it is involved in over 300 generation enzymatic reactions in metabolic pathways. In the Western world, recommended daily allowances of magnesium are not achieved in two-thirds of the population. Magnesium deficiency has been shown to impair physical performance. Several cross-sectional surveys have reported a positive association between magnesium intake and muscle strength, muscle performance and muscle power. Magnesium by virtue of its GABA agonist properties can also restore sleep and thereby improve fatigue.17a,b,c,d

Oxidative stress plays an important role in the pathogenesis of Chronic Fatigue Syndrome.18a Alpha lipoic acid is thought to increase intracellular glutathione, which also is a potent antioxidant thereby leading to an improvement in chronic fatigue.18b Additionally, alpha-lipoic acid is an essential co-factor for mitochondrial metabolism19a and possesses anti-inflammatory cognitive, cardiovascular, and neuroprotective effects. 20a

Vitamin C provides antioxidant protection where free radicals are encountered. It is also involved in the biosynthesis of carnitine, an essential co-factor in the transport of long-chain fatty acids into the mitochondria.1j A study in the UK in 15 000 healthy men and women revealed that poor physical function was related to lower vitamin C levels.1k Zinc has an anti-inflammatory activity which results in the downregulation of the production of reactive oxygen species.1 Vitamin D deficiency is frequent and has been associated with fatigue and other non-specific symptoms including headache, musculoskeletal pain and weakness, depression and impaired cognitive performance. Studies have shown that Vitamin D treatment significantly improved fatigue in otherwise healthy persons with vitamin D deficiency.21a,b

The incomplete knowledge of pathophysiological mechanisms of fatigue and the lack of a gold standard tool for its assessment contribute to the poor appreciation of fatigue in clinical practice.4b Dietary support with enhanced nutritional therapies have been tested in various patient populations with fatigue, although studies are of inconsistent quality. Invulnerable individuals with subclinical deficiencies or inadequate dietary intake, a nutrient supplement that addresses energy demands and maintains nitrogen homeostasis needs, with added anti-inflammatory and immunomodulatory effects, may assist in treating fatigue.