Prof Robin Emsley of the department of psychiatry at Stellenbosch University explained that schizophrenia has two distinct phases: a time-limited active phase of deterioration, and a chronic plateau phase with relative stability of illness. 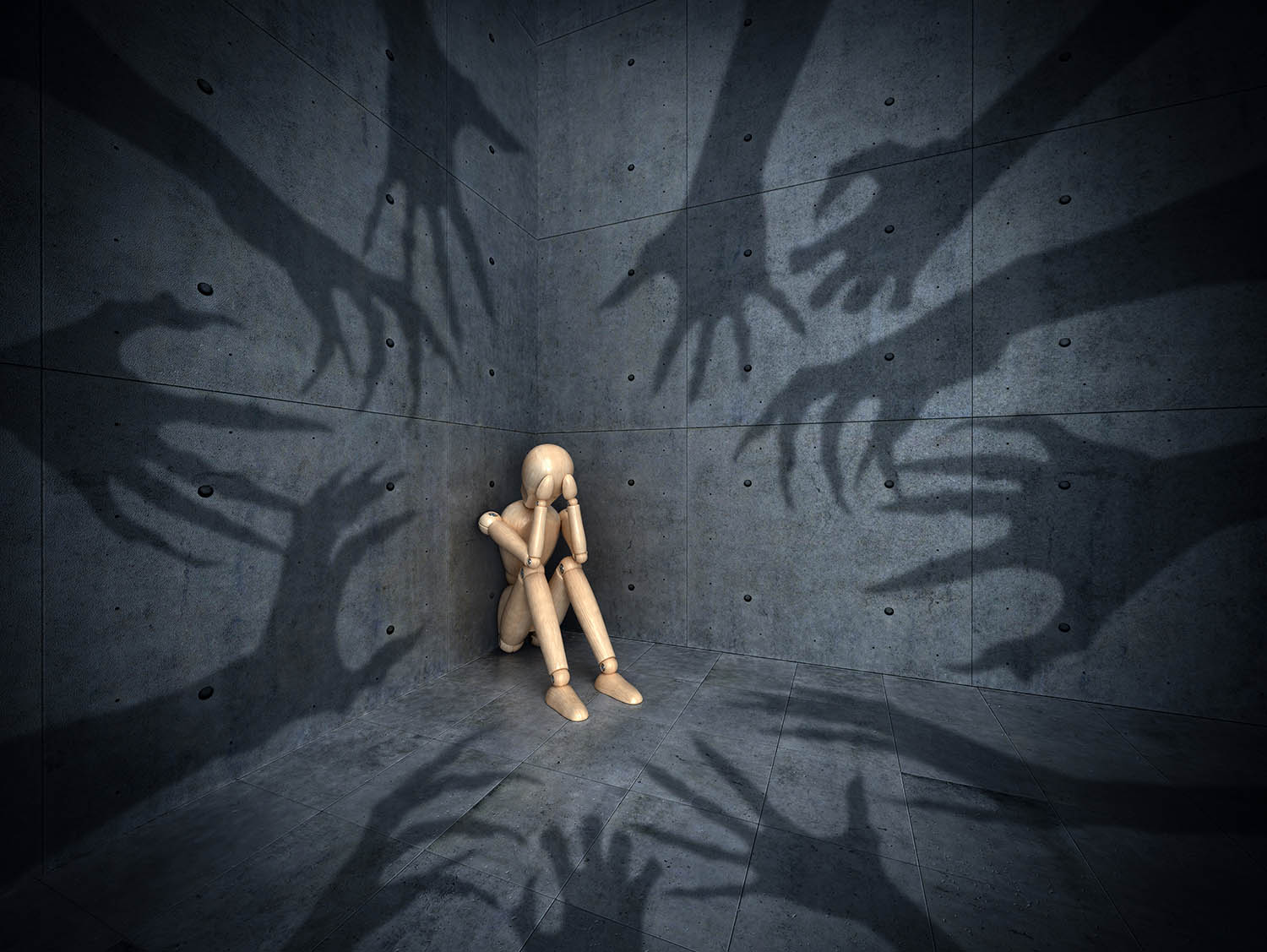 The active phase of schizophrenia should be the focus of therapeutic interventions.

Prof Robin Emsley stressed that the active phase should be the focus of therapeutic interventions. Prof Emsley was one of the keynote speakers at the South African launch of prolonged-release paliperidone palmitate, injected every three months (PP3M).

According to Prof Emsley, modern public health principles dictate early, effective intervention to prevent illness progression. He stressed that patients with schizophrenia have a substantially higher risk of all-cause mortality.

He stressed that the management of schizophrenia is complicated due to illness unawareness amongst patients, resulting in the misattribution of symptoms and limited recognition of the need for treatment. These features have huge implications for shared decision making and when considering treatment options, he added.

The Diagnostic and Statistical Manual of Mental Disorders fifth edition criteria for schizophrenia are as follows:

a) The presence of two (or more) of the following, each present for a significant portion of time during a one month period (or less if successfully treated), with at least one of them being:

b) For a significant portion of the time since the onset of the disturbance, the level of functioning in one or more major areas (eg work, interpersonal relations, or self-care) is markedly below the level achieved before onset; when the onset is in childhood or adolescence, the expected level of interpersonal, academic, or occupational functioning is not achieved

c) Continuous signs of the disturbance persist for a period of at least six months, which must include at least one month of symptoms (or less if successfully treated), prodromal symptoms often precede the active phase, and residual symptoms may follow it, characterised by mild or subthreshold forms of hallucinations or delusions

d) Schizoaffective disorder and depressive or bipolar disorder with psychotic features have been ruled out because either: no major depressive, manic, or mixed episodes have occurred concurrently with the active-phase symptoms, or any mood episodes that have occurred during active-phase symptoms have been present for a minority of the total duration of the active and residual periods of the illness

f) If there is a history of autism spectrum disorder or a communication disorder of childhood-onset, the additional diagnosis of schizophrenia is made only if prominent delusions or hallucinations, in addition to the other required symptoms or schizophrenia, are also present for at least one month (or less if successfully treated).

In addition to the five symptom domain areas identified in the first diagnostic criterion, assessment of cognition, depression, and mania symptom domains is vital for distinguishing between schizophrenia and other psychotic disorders.

Poor adherence to oral antipsychotic formulations led to the development of the first long-acting injectable (LAI). Poor adherence is common in clinical settings – especially in the early stages of the disease. Studies show that between 40% and 60% of patients are partially or totally non-adherent to oral antipsychotics, up to 74% started on medication discontinued treatment after 18 months, and up to 42% of patients stopped their therapy within one year after the first psychotic episode.1

Poor adherence has serious repercussions on the course of the disease in terms of relapses. Once illness recurrence occurs, the severity of symptoms rapidly returns to levels similar to the initial psychotic episode. This has serious consequences including the inability to work, hospitalisation (70% of the cases), suicide attempts (about 20%), worsening of caregivers’ quality of life and higher healthcare-related and indirect costs. Furthermore, relapses can result in poorer long-term outcomes, such as disease progression and emergent treatment refractoriness.1

According to Prof Emsley, the use of LAIs has been shown to reduce the risk of relapse in recently diagnosed patients. The key to optimal outcomes is relapse prevention via continuous treatment, particularly in the early years of illness.

The single greatest advantage of LAIs is that they make adherence transparent, because of assured delivery of treatment, he said. As such, they allow for timeous intervention when patients are at risk of relapse, reduce patient/carer burden of ensuring adherence, and require lower steady-state blood levels.

Establishing a treatment plan from the outset is essential for the successful treatment of patients with schizophrenia and first contacts are important in establishing a therapeutic alliance, stressed Prof Emsley. The treatment approach should be based on shared decision-making but driven by the physician.

1. Recognise those early years of illness are critical to long-term outcome.

3. The burden of responsibility for adherence should not be left with patients.

4. Patient autonomy and independent living are not best addressed by leaving patients to make their own treatment decisions. 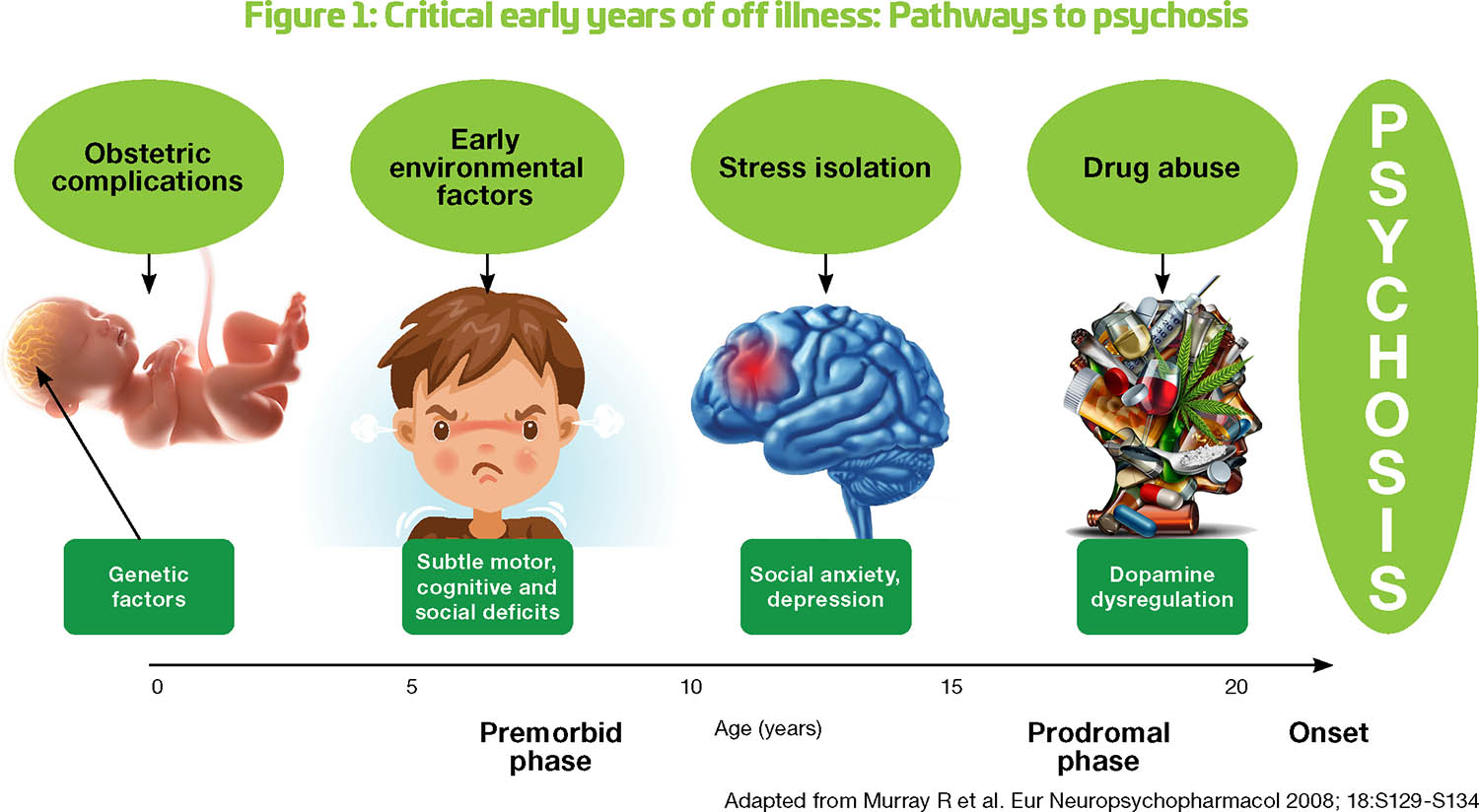 PP3M contains a racemic mixture of the active ingredient paliperidone, an atypical antipsychotic belonging to the chemical class of benzisoxazole derivatives, derived from risperidone. PP is the palmitate salt ester of paliperidone. It is very slightly soluble in the polar solvent.

The PP3M formulation utilises NanoCrystal technology similar to PP1M but with increased particle size, allowing an extended sustained release. These nanoparticles dissolve slowly after intramuscular (IM) injection before being hydrolysed to paliperidone by the esterases present in muscle tissue. Then paliperidone diffuses into the systemic circulation.

The therapeutic efficacy of paliperidone likely occurs through its antagonism of both central dopamine D2 and serotonin 5-HT2A receptors. Plasma concentrations of 10ng/mL–17 ng/mL were estimated to correspond to 70%–80% occupancy of D2 receptors.

A D2 receptor occupancy of 65%-80% is generally considered optimal, with levels exceeding this conferring an increased risk of extrapyramidal symptoms.

Paliperidone is also an antagonist at α1- and α2-adrenergic receptors and H1 histaminergic receptors. This activity profile of paliperidone may explain some of the potential adverse effects of the drug, such as orthostatic hypotension and weight gain.

Unlike risperidone, paliperidone does not block beta-adrenoceptors, muscarinic cholinoceptors or peptidergic receptors. This receptor profile, more selective than the one of risperidone, could avoid further side effects.

Nanoparticles of PP3M dissolve slowly after IM injection. The release starts as early as day one and lasts for up to 18 months. The paliperidone plasma concentration-time profiles for the corresponding PP1M and PP3M doses are similar.
The principal differences concern the pre-dose plasma concentrations of PP3M:

PP3M injections should be started at a dose 3.5-fold multiple of the preceding dose of PP1M and administered in either the deltoid or the gluteal muscle at the time scheduled for the next PP1M dose.

It is recommended that the last two PP1M doses prior to switching to PP3M are the same and patients are supposed to be clinically stable at the end of the PP1M dosing before transitioning to PP3M.

According to simulations, during maintenance therapy of PP3M, changes in plasma concentrations allow a flexible dosing window of two weeks for regularly scheduled three-monthly injections.

A study comparing the efficacy of PP3M to placebo was stopped by an independent data monitoring committee for greater efficacy of PP3M compared to placebo: 29% of patients in the placebo group experienced a relapse event compared to 9% in the PP3M group. The final data analysis included 305 patients (PP3M: n=160; placebo: n=145) and showed the superiority of PP3M over placebo in delaying time to relapse of schizophrenia symptoms.

A posthoc study by Weiden et al showed a longer time to relapse after PP3M treatment discontinuation compared to that of oral paliperidone and PP1M: in particular, after suspension of the treatment, 50% of patients treated with PP3M remained relapse-free for ~13 months, compared of six months with PP1M. The study also showed that the risk of relapse risk was 2.08 higher for patients discontinuing PP1M than for those discontinuing PP3M.

Compared with placebo, PP3M treatment demonstrated a similar proportion on TEAEs: 62% of the participants who were treated with PP3M injections and 58% of those who received placebo injections had at least one TEAE. TEAEs noted more frequently in the group receiving PP3M than in the placebo group were headache (9% vs 4%), weight increase (9% vs 3%), nasopharyngitis (6% vs 1%) and akathisia (4% vs 1%).

A non-inferiority phase III trial found that withdrawal rates due to TEAEs were low and comparable for both PP1M and PP3M. Serious TEAEs were mostly of a psychiatric nature and similar between both groups. Weight gain, nasopharyngitis and anxiety were the most common TEAEs in both groups.

Other TEAEs such as extrapyramidal symptoms, suicidality, agitation and aggression, somnolence and sedation, tachycardia, orthostatic hypotension, QTc interval prolongation, potentially prolactin-related and weight gain-related TEAEs had a similar frequency in both groups.

One of the most positive features of PP3M is notable in that patients need to receive an injection just four times per year. The lower number of injections is more comfortable for patients, especially for those patients who cannot easily reach the place of administration.

Furthermore, less time is needed for drug administration so that saved time and resources can be available for other therapeutic activities, for example, rehabilitation.

In terms of costs, three doses of PP1M cost as much as the equivalent dose of one PP3M injection, but the administration costs are reduced to one-third. Moreover,  two economic studies (Spain and in the Netherlands) evaluated cost-utility and cost-effectiveness simulations on the use of PP3M, found that PP3M resulted to be cost-effective for treating chronic schizophrenia and dominated PP1M in all analyses.