While general awareness about mental health issues has grown significantly in recent years, certain conditions requiring very specific diagnosis and treatment can remain under the radar, with devastating effects for those individuals affected. One such mental health condition is bipolar disorder. According to Dr Viresh Manilal Chiman, a psychiatrist practising at Akeso Parktown, if diagnosed early and treated using a holistic approach, bipolar disorder can be managed with life-changing improvements for the individual and their family who would otherwise be “struggling against a tidal wave of adversity”. 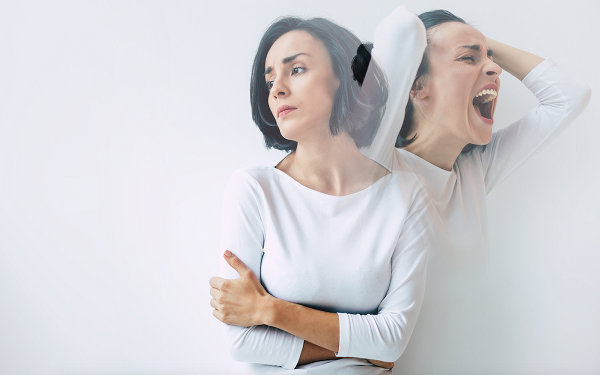 Despite the challenges, people living with bipolar disorder can have fulfilled and fruitful lives.

The South African Depression and Anxiety Group (Sadag) states that over four million people in SA are living with bipolar disorder. With such a large portion of the population known to be suffering from this condition and many more individuals probably remaining undiagnosed, Dr Chiman believes greater awareness of the illness and its management could make a world of difference for those affected.

WHAT TO LOOK OUT FOR

“There are multiple factors leading to bipolar disorder including genetics, structural brain changes, inflammatory markers, and neurochemical abnormalities. Observing the individual’s thinking, mood, and behaviour is a necessary part of the diagnostic process, as it is important to assess the phase a patient is in during an episode and whether there may be any associated psychotic symptoms. Individuals may, for example, experience a depressive episode, a manic or hypomanic episode, or a mixed episode,” explained Dr Chiman.

A depressive episode usually consists of low mood, an inability to take pleasure in usually enjoyable activities, a change in sleep patterns and appetite, feelings of guilt, hopelessness, and worthlessness, being indecisive, and having suicidal thoughts. If these symptoms are present for a period of two or more weeks, it may indicate bipolar disorder.

A manic episode on the other hand includes the following symptoms for a period of one or more weeks: elevated or irritable mood, increased activity, being more talkative than normal, having racing thoughts or flight of ideas, socially inappropriate comments or behaviour, a decreased need for sleep, grandiose thoughts, being easily distracted, impulsive or reckless behaviour, and increased or compulsive sexual behaviour. Hypomania is similar to mania but with less intensity, lasting for at least four days.

In a mixed episode, the individual experiences a rapid alteration of hypomanic or manic symptoms and/or depressive symptoms.

WHO IS AT RISK?

According to Dr Chiman, a family history of depression or bipolar disorder is the main risk factor. “Major stressful life events may bring on or perpetuate an episode, while not adhering to medication and treatment can cause a relapse. People may present with symptoms that look like mania but are actually secondary to another medical condition, alcohol, or substance use. An accurate diagnosis is, therefore, all important.”

THE DIFFERENT FORMS OF BIPOLAR DISORDER

“The term bipolar disorder in fact refers to a group of brain disorders that take the form of three conditions, namely bipolar I, bipolar II and cyclothymic disorder,” said Dr Chiman.

Bipolar depression refers to an individual with known bipolar disorder who is going through a depressive episode.

Early diagnosis is key to managing bipolar disorder. Once diagnosed, a patient needs to:

“With a multi-disciplinary, holistic approach, bipolar disorder can be well managed, but it is an illness that affects every aspect of a person’s life and it is, therefore, important to watch it constantly and not let it take over.

“It is an ongoing process and there will be highs and lows. Medication does have side effects and it is necessary to consider the risks versus benefits of any medication decision. Despite these challenges, people living with bipolar disorder can have fulfilled and fruitful lives,” suggests Dr Chiman.

WHEN TO GET HELP

Dr Chiman cautioned that, if left untreated, bipolar disorder can result in chronic and eventually permanent changes in the brain with impairments to cognitive and decision-making abilities. “Sadly, without management, the condition can result in personal relationships being destroyed, problems in the workplace, financial issues, reckless risk-taking behaviour, risk of alcohol and/or substance use disorders, criminal behaviour, and potential harm to self as well as to others.

“A doctor should be consulted when there are noteworthy shifts in mood and changes in sleep, appetite and energy. A close eye needs to be kept on people with bipolar disorder in times of intense stress or excitement. After several relapses, patients and their loved ones can identify the patterns and should seek help as soon as they notice these signs and symptoms. Having suicidal thoughts can be a complication of certain medications, in which case the patient needs to seek help right away so that the necessary adjustments can be made,” he advised.

“Family members, friends, and colleagues will often be able to identify mania and other symptoms before the individual in question does and, in those instances, should take the person to their treating psychiatrist or to an emergency department immediately. In certain instances, the mental state of the individual is so deeply affected that they are not able to see the necessary course of action for themselves and may need to be involuntarily committed to hospital under the Mental Health Care Act,” concluded Dr Chiman.