Understanding the wound healing process is important as there are several types of wounds that need care that is specific to them. The mechanism of cutaneous wound healing is extremely complicated, requiring a complex interplay between a variety of highly controlled factors to return damaged skin to a healed barrier function. In most superficial wounds, this chain of events occurs normally; however, it may go wrong at any point along the way. This sequence of events happens naturally in many superficial wounds; additionally, any step along the way can go wrong, particularly if there are underlying disease states such as diabetes. 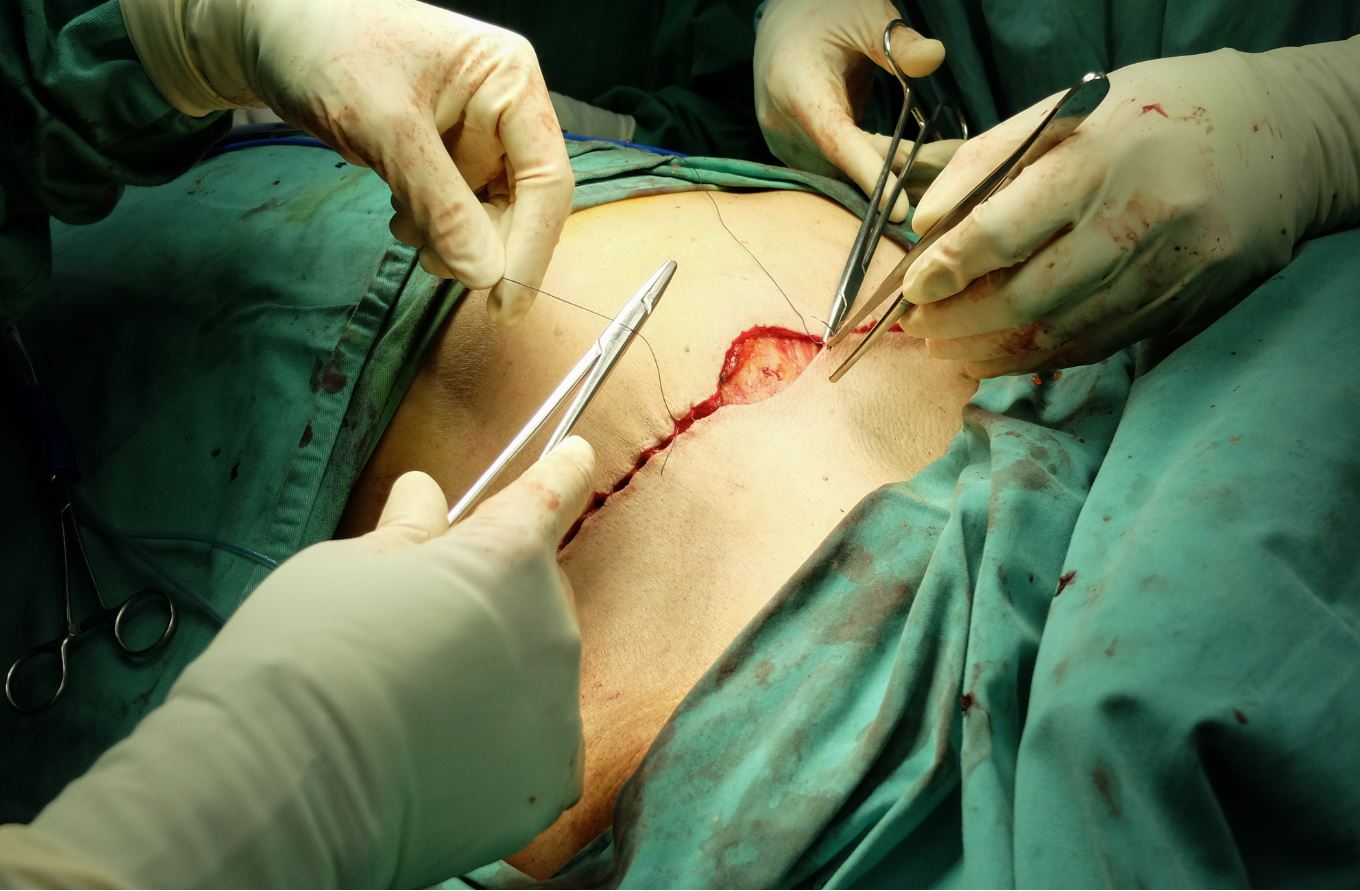 A chronic wound may develop when wound healing does not proceed naturally, posing a major strain on both the patient and the medical system. Aside from the strain of a permanent wound, even superficial wounds such as those caused by outpatient surgery need proper treatment and care, and patients may be concerned about the possibility of scarring as a result. It is no wonder, then, that wound healing has gotten a lot of coverage, both in terms of fundamental science and in terms of industry.

Surgical-site complications (SSCs) are a major financial burden on healthcare systems. They are particularly common among patients with risk factors such as obesity and diabetes. Owing to a longer inpatient stay, repeat surgery, and the need for further follow-up, postoperative wound complications could result in higher healthcare costs. Complications from wounds can slow healing, increase pain, and lower quality of life. SSCs including surgical-site infection (SSI), dehiscence, seroma, and haematoma can cause irregular wound healing and hypertrophic and keloid scars. The most frequent post-operative complication is SSI, which affects up to 5% of all patients undergoing surgery. SSI occurs in 0.7 percent and 0.6 percent of orthopaedic surgery patients undergoing total hip arthroplasty (THA) and total knee arthroplasty (TKA), respectively.

The majority of nosocomial infections are caused by SSIs. The occurrence of SSI following surgery is a significant outcome measure for the effectiveness of a wound care treatment pathway with closed surgical incisions. The consequences of SSI can have major human and economic consequences, such as prolonged hospital visits, more time spent on patient care, and a decrease in health-related quality of life.

Open wounds are normally treated with negative pressure wound therapy (NPWT). Gauze or plaster is used to cover the wound, which is then covered with an adhesive film dressing. A drain or port is then used to connect the dressing to a vacuum device. The device guarantees that negative pressure reaches the wound bed and the wound fluid is removed. A specific pattern of blood flow across the wound, a decrease of tissue oedema, and activation of granulation tissue development are among the mechanisms of action. The indication for NPWT has been expanded in recent years to cover the treatment of closed surgical incisions. In controlled trials, prophylactic NPWT has been studied to reduce the risk of SSC, and a number of meta-analyses have been conducted on these results.

A single-use battery-powered negative-pressure therapy unit, an easy-to-place dressing, and either a very compact and conveniently accessible canister, or no canister at all, are typical components of these NPWT systems. NPWT has increasingly been used to aid in the treatment of the open abdomen as well as wounds where fistulae have become a troublesome complication of open abdominal techniques.

Concerns over the rising incidence of antibiotic-resistant bacteria strains necessitate the consideration of potential treatments for this SSI. Many factors, including patient-related (high BMI, smoking status, pre-existing co-morbidities, and high ASA grade) and procedural-related factors (type of procedure, extended time of surgery, use of silicone implants, and increased difficulty of surgery), can affect wound healing and infection risk.

Although optimising wound outcomes is difficult and multifaceted, particularly in high-risk patient populations, single-use negative-pressure wound therapy (sNPWT) devices have emerged as a significant technical advancement in wound treatment. sNPWT devices are now available that have comparable features to traditional NPWT devices. As compared to traditional NPWT machines, such devices are smaller and more compact, allowing for greater mobility, making them ideal for post-operative use.

Clinical data demonstrating positive results from small portable sNPWT devices like PICO is increasingly growing. Differences in product requirements between sNPWT products provided by different firms, especially for pressure settings, therapy length, and exudate control, may lead to differences in clinical benefit.  To find papers published between January 2011 and August 2018, a systematic literature review was conducted using MEDLINE, Embase, and the Cochrane Library. There were at least 10 patients in each treatment arm in RCTs and retrospective trials comparing PICO sNPWT to traditional NPWT dressings.

A recent randomised controlled trial concluded that sNPWT was clinically effective in reducing post-operative wound complications following primary hip and knee replacements. Exudate volume and the number of patients with the largest volume of exudate also decreased significantly in sNPWT patients, according to the report (p 5 0.007). There was also a fourfold improvement in wound complications, 2.0 percent vs. 8.4 percent in favor of sNPWT (p 5 0.06). When compared to control wounds treated with saline-soaked gauze, the rate of granulation tissue forming inside the wounds was found to be significantly higher, according to recent studies.

There are also differences in the rate of granulation tissue development when intermittent negative pressure treatment was used versus continuous therapy. When sporadic NPWT was used, there was a higher rate of granulation; this is thought to be attributed to the inactivation of tissue autoregulation and allowing tissues to rest between periods, allowing them to produce key components required for tissue development.

Studies are showing significant variations in clinical results linked to the various forms of negative pressure fillers available as the knowledge base in negative pressure increases. It is critical for clinicians to remember that each patient is unique, and that having a variety of NPWT fillers and/or drains available will enable them to make a more informed decision based on accurate patient and wound assessment.

Closed surgical incisions are common: each year, approximately 250 million major surgical procedures are performed around the world. The caesarean section is the most common, or one of the most common, major surgical procedure in many countries. The ultraportable, discrete models of NPWT are suitable for use on closed surgical incisions that are not required to release significant amounts of exudate, as well as on patients that would benefit from the opportunity to leave the hospital faster and mobilise sooner.

Following a number of surgeries, including abdominal, cardiothoracic, colorectal, obstetric, orthopaedic, paediatric, plastic/breast, trauma, and vascular surgery, NPWT has been used on closed surgical incisions. Unfortunately, in closed incisions, even if the operation is successful and the primary closure is accomplished, the procedure’s incision can be associated with post-operative complications. Surgical incisions may often result in poor consistency or irregular scarring, which are also undesirable consequences.

Improving medical results with closed surgical incisions by lowering surgical site complication rates may have a direct effect on patients’ lives as well as social and healthcare costs. To prevent complications in further recovery, some subgroups of patients, such as those about to begin adjuvant chemotherapy or radiotherapy, need prompt, uncomplicated healing. Animal research, in vitro studies, and computer simulations have suggested that when NPWT is used over closed surgical incisions, it decreases lateral stress, increases lymphatic drainage, and reduces seroma and haematoma, in addition to creating a physical barrier to external infection.

According to computer modeling of the effects of NPWT on a closed surgical incision, lateral stresses were reduced by around 45 percent to 70 percent. In a physical model of a closed incision, an incision with NPWT took around 50% more force to disrupt than an incision closed with sutures or staples. Closed incision NPWT can have the most beneficial effect on perfusion by reducing post-operative oedema and restoring occluded blood flow. An experiment on random pattern flaps sized to undergo necrosis from their distal tips discovered that when NPWT was applied for four days, a higher percentage of the flaps remained viable.

Experiments on the application of NPWT to free tissue transfer flaps provide clinical evidence for the mechanism of this effect. During flap positioning, NPWT greatly decreased oedema and inflammatory markers caused by ischaemia. This suggests that if the two sides of a closed incision are suspected of being partially ischaemic, as a result of severe tissue undermining or trauma, so applying NPWT to a larger surface region — the ‘zone of injury’— rather than only the closed incision, might be a safer therapeutic technique.

In studies of NPWT on closed surgical incisions, the cumulative benefits of reduced lateral strain, increased lymphatic drainage, and decreased haematoma and seroma are likely to lead to quicker and better recovery, as well as a lower risk of infection and dehiscence. Incisional NPWT has been the subject of a series of systematic studies and meta-analyses, including a variety of findings on its effect on clinical outcomes. The differences in findings are most likely due to the fact that each study used a different collection of studies. The most recent meta-analysis and study focuses exclusively on RCTs that compare incisional NPWT to routine post-operative treatment.

Incisional NPWT reduces the amount of SSI by half in most cases. Individual trials (RCTs and comparative) showed that using NPWT on orthopaedic, cardiothoracic, and vascular surgical incisions reduced SSI significantly. When compared to routine treatment, several systematic reviews and meta-analyses indicate reduced seroma or serohaematoma development. Incisional NPWT reduces the risk of seroma formation by half in most cases. Individual research (RCTs) showed that NPWT on orthopaedic surgery reduced seroma significantly.

Individual trials of orthopaedic and breast surgery have discovered that NPWT reduces dehiscence significantly. However, systematic reviews and meta-analyses conducted in peer-reviewed journals have shown that research variability hampered interpretation or that the proof for reduced dehiscence is inconclusive. The use of NPWT on closed surgical incisions has been shown to reduce the length of stay in the hospital and the rate of readmission. The estimated length of stay for those infected with NPWT in a longitudinal sample of high-risk cardiothoracic surgery patients was 5 days. The historical monitors that were given film dressings spent 10.2 days in the hospital.

From the viewpoint of the healthcare practitioner, an Australian group contrasted the cost-effectiveness of NPWT versus normal dressings in the prevention of SSI in obese women undergoing elective caesarean section. The researchers used a decision model and previously published evidence to come to the conclusion that NPWT is more cost-effective than standard treatment. The incremental net numerical value of NPWT was A$70, and NPWT had a 65 percent chance of being cost-effective.

It is clear that NPWT for closed surgical incisions comes with a number of benefits, including much-improved cost-effectiveness, reduced lateral tension, improved lymphatic drainage and

reductions in haematoma and seroma. Clinical studies have shown that NPWT has a beneficial impact on wounds due to the therapy’s unique modes of action, translating into a significantly reduced risk to patients.