To understand how vital amino acids are, we have to understand how essential proteins are to life. Next to water, protein makes up the greatest portion of our body weight. Almost 50% of the human body is composed of proteins. In our bodies, proteins make up cells, muscles, tissue and so much more. 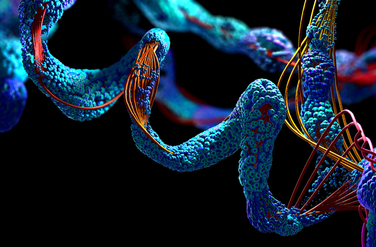 Amino acids’ role in protein synthesis is well defined, but they contribute to a host of other intracellular metabolic pathways

Immunoglobulins (antibodies) are proteins that fight antigens such as bacteria. Proteins require amino acids, which also enable vitamins and minerals to perform their jobs properly, even if the vitamin or mineral is absorbed into the body, they cannot be effective unless the necessary amino acids are present.

Amino acids’ role in protein synthesis is well defined, but they contribute to a host of other intracellular metabolic pathways, including adenosine triphosphate (ATP) generation, nucleotide synthesis, and redox balance, to support cellular and organismal function. Immune cells critically depend on such pathways to acquire energy and biomass as well as to reprogram their metabolism upon activation to support growth, proliferation, and effector functions. Amino acid metabolism plays a key role in this metabolic rewiring, and it supports various immune cell functions beyond increased protein synthesis (Kelly et al, 2020).

Although a balanced diet with high quality and sufficient quantity of nutrients is essential, there is growing evidence that some non-synthetic supplements can assist optimal nutrition. The use of nutritional supplements especially the provision of amino acids, has grown year-on-year. There are few articles in the literature to address the topic of nutritional supplementation and immune consequences, from a metabolic and molecular standpoint. The use of proteins and amino acids for supplementation deserves special attention, since these molecules are critical for anti-oxidant and fuel provision, participating in the whole-body energy homeostasis, growth, development, recovery and immune responses (Cruzat et al, 2014).

Most of the recent studies clearly demonstrate the importance of nutrients for trauma and surgical patients, as well as the frail elderly. So, strategies that include specific nutrients for enhanced immune function are frequently used in clinical nutrition therapy (such as for patients with burns, sepsis, cancer, HIV and post-surgical situations using enteral nutrition. However, the concept of “immuno-nutrition” may be more widely applied, since the specific nutritional substrates for immune response can act on alternative targets, such as the gut mucosal barrier (Cruzat et al, 2014).

L-Glutamine is known as an ‘immuno-nutrient’, which is fuel for many immune cells, such as lymphocytes and macrophages. In cases of injury or inflammation, cells have a greater need for glutamine as it improves the neutrophils bactericidal function. Glutamine also results in restoration of cell function in normal cells and maintains the integrity of the cell.

L-glutamine is probably the most widely recognised immuno-nutrient since it can be used as an oxidizable fuel, a substrate for nucleotide synthesis, a modulator of intermediary metabolism of amino acids, heat shock proteins (HSP) expression and a component of glutathione (GSH)-mediated antioxidant defence, serving as a key substrate for cell survival, maintenance and proliferation. Several clinical nutritional studies in the 1990s found benefits in the dramatic decrease in plasma and tissues L-glutamine levels as well as immune cell function, including lymphocytes and neutrophils. Several important publications have described the importance of L-glutamine in clinical nutrition (Cruzat et al, 2014).

glutamine is a glucogenic, nonessential amino acid that can be synthesised within the tissues of the body, with skeletal muscle and liver being the most quantitatively important producers. There is considerable evidence to suggest that the size of the intramuscular glutamine pool exerts a controlling influence over whole body protein balance. For example, during various catabolic conditions such as after surgery, the pool size is reduced and in the anabolic state it is increased.

There is also some evidence to suggest that a relative immuno deficiency that is symptomatic of ‘overtraining syndrome’ may be one consequence of glutamine depletion, because glutamine is a favoured fuel and nitrogen source for macrophages and lymphocytes.

“Work from our laboratory suggests that, in vitro, myotube glycogen synthesis is also modulated by cell volume changes, independently of changes in glucose uptake. In recent studies, our laboratory also found the intravenous administration of glutamine to promote muscle glycogen resynthesis during recovery after exhaustive exercise, possibly because glutamine was acting as a glycogenic substrate and/or through an activation of glycogen synthase,” the authors stated.

Provision of glutamine orally was successful in elevating plasma glutamine at the peak concentration by 46%, which suggests that a substantial proportion of the oral load escaped utilisation by the gut mucosal cells and uptake by the liver and kidneys. If the entire glutamine dose had been distributed within the blood and extracellular fluid compartments, then a 3-mM rise in blood glutamine concentration might have been expected, whereas plasma glutamine concentration was only observed to rise by 0.3mM. This might suggest that only 10% of the oral dose reached the extracellular fluid compartments.

Despite the apparent absence of a stimulatory effect of the glutamine and glucose polymer drink on muscle glycogen resynthesis, whole body carbohydrate storage was elevated by the addition of glutamine. Total glycogen storage in the exercised leg muscle over the 2 hours of recovery was calculated on the basis that 40% body weight is composed of skeletal muscle and that leg muscle contributes 50% of total skeletal muscle mass (i.e., 14.5 ± 0.8kg). After the subjects’ consumption of glutamine-only and glucose polymer-only drinks, 35% and 37% whole body carbohydrate storage can be attributed to glycogen storage in the exercised muscles, respectively. However, for glucose polymer + glutamine trials, only 25% carbohydrate storage occurred within the exercised muscle, although total glycogen stored in muscle was probably greater than this (exercised and nonexercised). The most likely site of the increased carbohydrate storage associated with glutamine supplementation is the liver, but without further investigation using liver biopsies or 13C or proton NMR it will not be possible to confirm or refute this hypothesis. Nevertheless, it is puzzling why, if similar mechanisms for stimulation of glycogen synthesis by glutamine, or at least their potential, exists in both skeletal muscle and liver, only nonmuscle sites are stimulated to store exogenous glucose in the presence of glutamine.

This hypothesis suggests that the eating of protein and a glutamine-rich mixed meal containing carbohydrate may be more efficient in storing glycogen than consumption of a pure carbohydrate meal alone. Zawadzki and colleagues found that postexercise muscle glycogen storage was promoted by the consumption of protein in addition to a carbohydrate meal. Unfortunately, the test meals in this study were not isoenergetic; thus further work in this area is required to determine whether protein may elicit a true stimulatory effect.

In conclusion, ingestion of glutamine alone appeared to promote muscle glycogen resynthesis during recovery from exhaustive exercise, relative to that expected from studies in which no substrate was provided. The promotion of muscle glycogen synthesis by consumption of glucose polymer and of glutamine was not additive. However, the addition of glutamine to the glucose polymer drink resulted in a greater storage of carbohydrate in sites other than skeletal muscle, the most likely candidate being the liver.

According to Cruzat et al, 2014, nitric oxide (NO) plays an important role in many functions in the body regulating vasodilatation and blood flow, inflammation and immune system activation, insulin secretion and sensitivity, mitochondrial function and neurotransmission. The amino acid L-arginine is the main precursor of NO via nitric oxide synthase (NOS) activity, so the availability of this amino acid may modulate NO production in conditions of competition for this amino acid. Dietary L-arginine and L-citrulline supplements may increase levels of NO metabolites.

The body is constantly recycling proteins and even though the body makes 80% of the amino acids we need, the other 20% required from our diet is very important.

Amino acids will feed into and impact on the regulation of key metabolic pathways in immune cells and the cellular oxidative stress response. At the anti-inflammatory molecular level, new findings have been reported such as enhancement of HSP levels, NO synthesis, and GSH/ oxidised glutathione regulation, all essential for optimal immune function.

Supplementation in critical because if dietary protein is inadequate, body protein is broken down faster to replenish the amino acid pool i.e. muscle.