To determine the best treatment strategy for achieving wound care targets, a thorough review of both the patient and the wound is needed. Numerous wound and patient risk factors have been identified as having the ability to impede wound healing and raise health-care costs. Wounds with significant tissue damage, critical colonisation and/or inflammation, elevated levels of exudate, or exposed critical tissues are at risk for delayed healing. 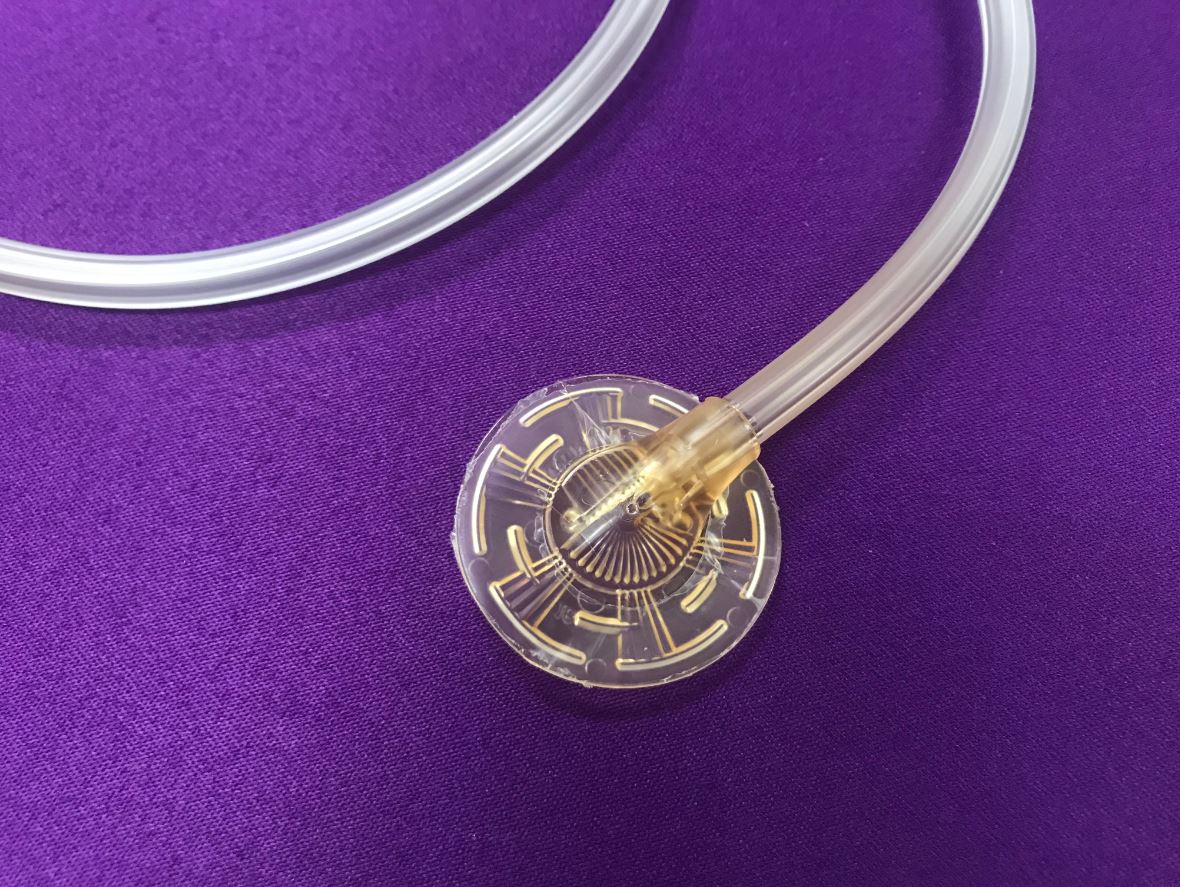 The length of time the wound has been exposed, the number of days it has been open, and past efforts to close the wound all contribute to determining the timeframe before healing. Prior to choosing the most suitable treatment for each condition, it is important to recognise and resolve conditions that can impede wound healing.

Negative pressure wound therapy (NPWT) is a noninvasive treatment that has proven to help burn wounds heal more quickly. Since its emergence, the technology of NPWT instruments has grown continuously. Pumps were initially very simple in terms of design, but as time went by the complexity, capability, and usability of the devices improved.

NPWT boosts protein and collagen development while also reducing bacteria colonisation. The procedure involves inserting an open-cell foam dressing into the wound cavity and applying controlled sub-atmospheric pressure to suck fluid from the wound to improve wound healing. The use of NPWT has grown significantly in recent decades, and it is now used for a variety of surgical indications in both inpatient and outpatient settings all over the world.

Currently, three major types of NPWTs can be distinguished: traditional, single-use and closed-incision types. A canister is used in traditional NPWT methods to extract fluid from the wound. The applied pressure may be adjusted, and continuous and intermittent modes of operation are available. Traditional NPWT systems are typically found in hospitals, although they may also be modified for use in outpatient settings. Traditional NPWT can also be adapted and used in conjunction with a wound cleanser (referred to as NPWT with instillation). Traditional NPWT is most often used for acute and chronic open wounds for which primary closure is not practicable, such as open abdomens, trauma wounds, breast repair, diabetic foot and venous leg ulcers, burns, and graft sites for which primary closure is not possible.

Some single-use NPWTs (sNPWTs) do not need a canister and instead rely on evaporation from the dressing’s outer layer to treat liquids. These are suitable for exudate ranges ranging from low to moderate. The strain is normally not reversible and is applied constantly. sNPWT systems are often battery-powered and used in outpatient settings, but further testing is required. The repertoire of NPWT indications is constantly expanding as specialized surgeons adjust and modify standard NPWT units to treat even more complex wounds in terms of size and position on the body; however, paediatrics and neurosurgical specialties need vigilance.

Finally, on primary closure surgical sites, closed incision NPWTs (ciNPWTs) are used to reduce the risk of surgical site complications such as inflammation, seroma, haematoma, local skin ischaemia and necrosis, dehiscence, and delayed healing. Both traditional and sNPWTs may be employed as ciNPWTs. Patients at increased risk of surgical site infections (SSIs) or other post-surgical complications, such as those with diabetes or obesity, as well as procedures with a high risk of SSIs, should use NPWT as a prophylactic measure. ciNPWT has been shown to increase scar consistency while reducing SSI rates, seroma/haematoma growth, and wound dehiscence. Since the threshold for ciNPWT activation is unknown, more research is needed to determine patients who may benefit from ciNPWT. Technical issues such as ciNPWT set-up, sponge shape, pressure level, and NPWT length must also be explained.

NPWT is emerging as a potential technology as a preventative intervention, and it is starting to be used in treatment packages for a range of closed surgical incisions to mitigate SSC and especially SSI. The way NPWT works on a closed surgical incision differs significantly from how it works on open wounds. As seen in studies of NPWT on closed surgical incisions, the combined effects of reduced lateral strain, increased lymphatic clearing, and reduced hematoma and seroma may lead to faster and better healing with a lower risk of infection and dehiscence.

While conventional wisdom suggests that the NPWT dressing can only be applied to the sutured incision, there is a recognition that the lateral scale of the procedure is significant, and that applying NPWT to a larger surface area (“the zone of injury”) could be a better therapeutic approach, because NPWT may reduce oedema, excess interstitial fluid, and venous stasis, as well as improving the overall health of the surrounding tissue.

A growing body of research suggests that NPWT can be a cost-effective intervention as opposed to advanced wound care, since it may improve the number of wounds healed and minimize the time it takes to repair wounds in a variety of environments and indications. Many forms of chronic and acute wounds can be treated at home with NPWT, which can help patients adapt to hospital settings more easily. Patients benefit from a better quality of life because of less uncomfortable dressing changes, a longer recovery process, and a quicker return to normal function.

The bulk of the research on NPWT has been based on the first commercially available method. The challenge with newer NPWT technologies has been demonstrating delivery of wound treatment results that are comparable or equivalent. New-generation NPWT systems feature much-improved usability, including touchscreen graphical user interfaces and increased flexibility, such as improved troubleshooting and a variable compression rate. The therapeutic effectiveness, reliability, accessibility, and interface efficiency of the Renasys Touch portable NPWT system were evaluated in a prospective, randomised, open-label, multi-centre trial.

A total of 81 patients were randomly assigned to variable intermittent or continuous treatment. There were 71 patients available for study: 35 transient and 36 continuous. Patients in both studies have comparable ages (mean age of 61.3 and 58.6 years, mean BMI of 30.2 and 31.7 kg/m2 for the two sample groups). Patients had a wide range of wound types that could be treated with NPWT, the majority of which were on the foot or lower leg.

The patients were given NPWT for a total of 28 days. Clinicians could use foam or gauze wound fillers with or without a wound contact pad, depending on the clinical situation. At each dressing application and during the treatment cycle, wound healing, product usability, and accessibility were evaluated. There was a substantial average decrease in wound volume and area after treatment with Renasys Touch (p0.001), with little to no differences between the wound classes. The amount of healthy tissue in wounds increased significantly from baseline (20%, p0.001), and 31/71 patients (43.7%) were ready for closure at the end of the 28-day study duration.

The therapeutic effectiveness, functionality, and application efficiency of the Renasys Touch portable NPWT system in the management of acute, sub-acute, and chronic wounds was evaluated in a prospective, randomized, open-label, multi-center study. Patients were treated with NPWT for a maximum of 28 days. The interim study involved 23 patients with a mean age of 63.3 and a BMI of 29.3. Patients had a wide range of wound types that could be treated with NPWT.

The device’s new technologies, such as the Graphical User Interface, were found to be simple to grasp and handle. The Renasys Touch’s adjustable compression rates also provided for patient-specific therapy improvements. The time it takes to achieve the desired negative pressure level is referred to as the compression rate. The dressing was drawn down the fastest while the compression factor was set to high. It is known that for subjects with especially high pain sensitivity, a low setting (which causes the vacuum to be produced more slowly) can result in less pain or discomfort.

In the case of an 83-year-old male with a history of peripheral vascular disease, anaemia and steroid use as a result of osteoarthritis, who presented with a 2-week-old post-surgical wound on the foot following a minor amputation, it was decided to co-use the Versajet, Renasys and Acticoat Flex 3 systems to protect against infection. Since there was no sign of wound inflammation at the time of the baseline examination, systemic antibiotics were halted. At the time of presentation, the wound had a sloughy, unevenly contoured wound bed, which was debrided with Versajet hydrosurgical debridement. As a result, the wound was 20mm long at the first wound review on day 3.

Following the discontinuation of antibiotics, some signs of infection emerged, prompting the use of Acticoat Flex 3 as a wound contact layer to reduce bioburden. As a wound liner, RENASYS foam dressing was used. During this combination treatment, the symptoms of inflammation disappeared without the need for more systemic antibiotics. In the availability of analgesic, the discomfort was grade 2. The compression rate was changed to medium to manage patient pressure during dressing operation, and the patient indicated that the dressing was convenient.

The wound was healing normally at day 27 and had shrunk in area and extent by 53% and 60%, respectively, after the start of therapy. During this combination treatment, the symptoms of inflammation disappeared without the need for more systemic antibiotics. A recent study aimed to understand how the Renasys Touch device could impact on minimising the risk of losing pumps, improving fleet management processes and utilisation, and identifying efficiency gains in a large UK NHS Trust (Bart’s Health).

The evaluation took place in three phases: the baseline phase established a clear understanding of how NPWT devices were being used and the difficulties experienced. The second phase examined changeover of pumps with training on the new pumps and online portal. The final phase monitored the use of the new connected device using both the Trust’s fleet management system and the new portal. The evaluation found that pump losses would be reduced, and the ability to increase utilisation will allow for more reliable and effective service delivery. The ability to obtain data on where pumps are and how they are used allows the NPWT clinical process as well as the equipment management process to be improved. Patients and Barts Health’s cost base are projected to benefit significantly.