About 1.2 million deaths were directly related to CKD, while an additional 1.4 million cardiovascular disease (CVD) deaths were attributed to impaired kidney function.1 This is according to the authors of the Global Burden of Disease Study (GBDS)  (1990-2017), published last year. The authors noted that the prevalence of CKD in sub-Saharan Africa was much higher than expected.1  The above-mentioned numbers show that more people were living with CKD in 2017 than those with diabetes, osteoarthritis, chronic obstructive pulmonary disease, asthma, or depressive disorders. In addition, CKD resulted in more deaths than tuberculosis or HIV, and equalled the number of deaths due to road injuries.1 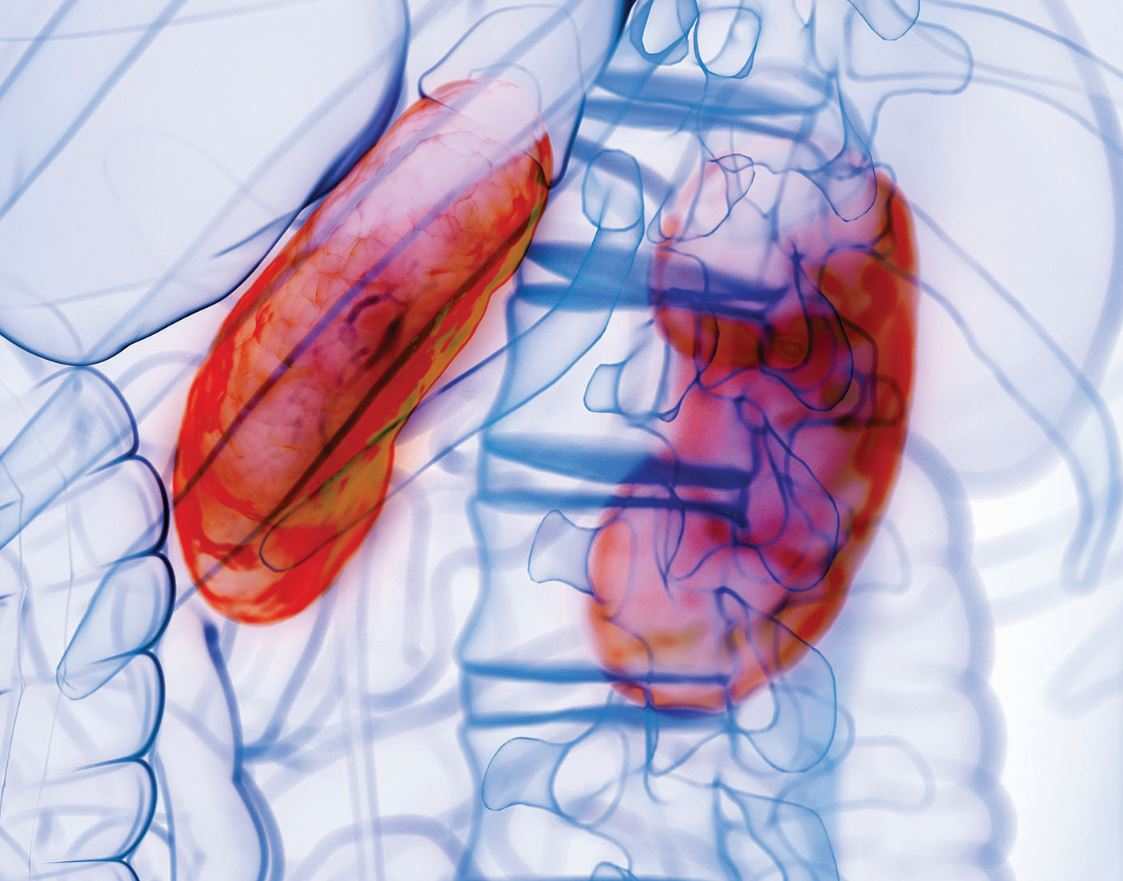 More than 9% of the global population were diagnosed with all-stage chronic kidney disease (CKD) in 2017 [Image: Shutterstock].

CKD was ranked the 12th leading cause of mortality in 2017, up from 17th place in 1990. According to the authors, prevention of CKD lags behind other non-communicable diseases.1

Three diseases were identified as the main causes of CKD:1

CKD as a risk factor

CKD is categorised as stages 1–2, stage 3, stage 4, and stage 5, end-stage kidney disease (ESKD) on maintenance dialysis, and kidney transplantation (see Table 1). According to the report patients with stage 1 to 5 CKD are at risk for CVD, stroke, peripheral vascular disease, and gout.1

Hyperphosphatemia: Prediction of CVD and mortality

The condition is characterised by elevated parathyroid hormone (PTH) levels and is an independent predictor of CVD and mortality in patients with advanced CKD. Hyperphosphatemia is present long before the need for dialysis arises.9

Hyperphosphatemia, in general, can be caused by:2

Apart from hyperphosphatemia, CKD can also lead to a number of other chronic disturbances of calcium-phosphate homeostasis, collectively known as CKD mineral and bone disorder (CKD-MBD).4

These metabolic abnormalities lead to arterial intimal and medial calcification, which are associated with CV events. Abnormal bone turnover, architecture and mineralisation result in reduced bone quality and density, with increased risk of fracture.4

The latest Kidney Disease Outcomes Quality Initiative (KDOQI) guideline (2017) recommends that in patients with stage G3a–G5, serum phosphate should be maintained in the normal range (1.12mmol/L to 1.45 mmol/L).6

Gastrointestinal phosphate binders are one of the most widely prescribed medications used in CKD (eGFR stages 3-5). These agents lower serum phosphate by reducing intestinal absorption of dietary phosphate, without negatively impacting nutritional status.3,5,6

There are three main types of phosphate binders available:3

According to the KDOQI guideline, it is logical to initiate phosphate binder therapy when:

Calcium-based binders include calcium carbonate and calcium acetate and have historically been the first choice, because they also address hypocalcemia, often seen with hyperphosphataemia.3,8

As mentioned, calcium-containing binders are relatively inexpensive and patients tend to have calcium serum levels in the lower or even below the normal range.3,8

Because of its efficacy in lowering phosphates, the KDOQI guideline recommends that calcium-based phosphate binders may be used as initial binder therapy.6

In CKD patients with kidney failure (stage 5), the guideline recommends both calcium-based phosphate binders and other noncalcium-based binding agents as primary therapy.6

In dialysis patients who remain hyperphosphatemic (serum phosphorus >1.78mmol/L) despite the use of either of calcium-based phosphate binders or other noncalcium-containing phosphate-binding agents, a combination of both should be used.6

It is recommended that total elemental calcium intake, including dietary calcium, calcium supplementation, and calcium-based phosphate binders, be kept in the range of 800mg/d to 1000mg/d for patients with CKD G3-G4 to maintain a neutral calcium balance.6

Over the past few decades debates have been raging about the link between dietary calcium intake, calcium supplementation and vascular calcification. As a result, many nephrologists are uncertain whether to still use calcium-containing binders, according to O’Neill.9

O’Neill argues that hyperphosphatemia and calcium balance might ‘appear’ to contribute to vascular calcification, but the latter is actually determined primarily by factors in the microenvironment of the vessel wall that both inhibit and promote it, not by spontaneous precipitation of calcium phosphate.9

More importantly, he says, longitudinal studies have not shown any correlation between progression of vascular calcification and calcium phosphate in patients with renal failure.9

Pana et al (2020) conducted a meta-analysis to determine whether there is a link between calcium intake, calcium supplementation, CVD, and mortality in the British population. Their findings show that calcium supplement users had a lower incidence of myocardial infarction (MI) and peripheral vascular disease compared to those who did not use calcium supplements.10

Outcomes of different dosages were compared with calcium intake of 770mg/day. This is what they found for each of the dosages:10

According to Genovesi and Gallieni, one cannot assume that all oral calcium medications are the same, and timing of the oral dose (with or without food) might influence intestinal calcium absorption.

They recommend a maximum dose of 1000mg elemental calcium, which they describe as a more prudent, opinion-based recommendation in CKD patients, especially if they already show signs of extraskeletal calcification or if they present CV comorbidities.11