Two new guidelines on the management of postmenopausal osteoporosis were published this year; namely the IOF and European Society for Clinical and Economic Aspects of Osteoporosis and Osteoarthritis (ESCEO) as well as the American Endocrine Society (AES). This article provides an overview of the guidelines.7,10 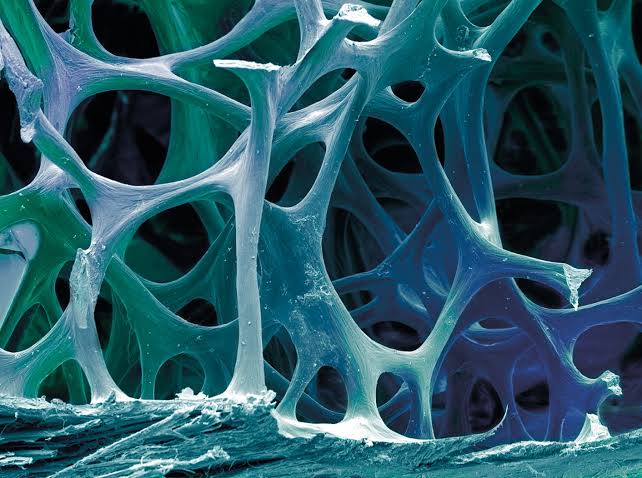 What is an osteoporotic fracture?

Osteoporosis is defined as a systemic skeletal disease characterised by low bone mass and microarchitectural deterioration of bone tissue, with a consequent increase in bone fragility and susceptibility to fracture.7

According to the National Osteoporosis Foundation of South Africa, a fragility fracture is often the first sign that a patient has osteoporosis. As a result, osteoporosis is now referred to as the ‘silent crippler’. In South Africa, one in three women and one in five men are at risk. This means that between four and six million South Africans may be affected.6

Osteoporotic fractures (fragility fractures, low-trauma fractures) are those occurring from a fall from a standing height or less, without major trauma such as a motor vehicle accident.3

Osteoporosis can be categorised as either:11

1. Primary or idiopathic osteoporosis is the most common type. This includes juvenile, postmenopausal, and senile osteoporosis.

Age is often cited as the leading risk factor for osteoporosis and as the ageing population continues to increase, the number of people who are at risk will continue to rise. The United Nations’ (UN) World Population Ageing 2015 report describes the increase in the ageing population as one of the most significant social transformations of the twenty-first century, with implications for nearly all sectors of society – especially healthcare.2

The fastest growing age group is the over eighties. According to UN projections, in 2050 people in this age group – described as the oldest-old – will number 434 million, having more than tripled in number since 2015. A 64% increase in the population aged 60 and older is projected for Africa in the next 15 years.2

The UN has called on countries to ensure that healthcare resources are adequate to meet the demands of the growing ageing population.  Healthcare systems should prepare now to address the specific health concerns of older persons.2 According to the UN, falls rank among the top ten causes of disability in both men and women over the age of 60.2

The consequences of fractures

Fractures are a major cause of mortality and morbidity.4 Worldwide, osteoporosis causes more than nine million fractures annually, of which 1.6 million were at the hip, 1.7 million at the forearm, and 1.4 million were clinical vertebral fractures.4

Falls are responsible for 56% of hospitalisation for trauma, and for 6% of urgent hospitalisation in elderly people.4  According to the World Health Organization the highest fall and subsequent mortality rates have been reported in people over the age of 65.5

Diagnosis of osteoporosis and assessment of fracture risk

The operational definition of osteoporosis is based on the T-score for bone mineral density (BMD) assessed by dual-energy X-ray absorptiometry (DXA) at the femoral neck or spine and is defined as a value for BMD 2.5 SD or more below the young female adult mean.7

Who should be treated?

The thresholds recommended for decision-making are based on probabilities of major osteoporotic and hip fracture derived from FRAX. Women aged over 65 years with a prior fragility fracture can be considered for treatment without the need for further assessment. Age-dependent intervention thresholds provide clinically appropriate and equitable access to treatment and have been shown to be cost-effective.7

Prior fracture is a strong predictor of subsequent fracture. A recent American study showed that 10% of patients had another fracture within one year, 18% within two years, and 31% within five years.8

Among women aged 65–74 years with initial clinical vertebral, hip, pelvis, femur, or clavicle fractures, and all women older than 75 regardless of initial fracture site (except ankle and tibia/fibula), 7%–14% fractured again within one year depending on initial fracture site.8

Goals of treatment is ‘freedom’ from fracture, a T-score >–2.5, or achievement of an estimated risk level below the threshold for initiating treatment.9 The basic components of a comprehensive management approach should include nutrition, physical activity, behavioural interventions (eg sun exposure, smoking habits, alcohol intake, falls screening), and/or pharmacological treatment in individuals with osteoporotic fractures or those at high risk for fractures.11 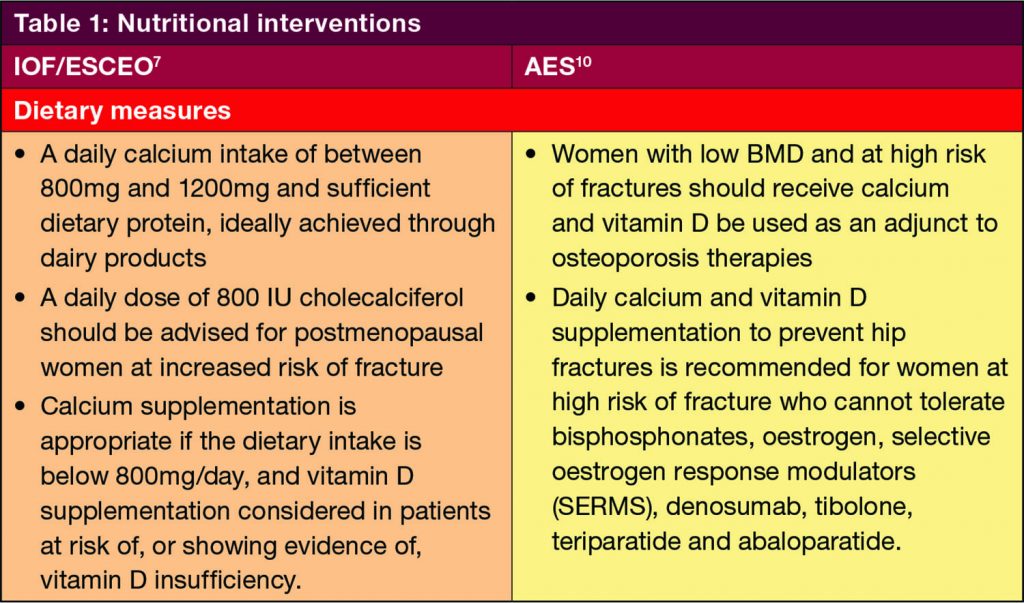 Both guidelines only refer in passing to the importance of behavioural interventions to prevent falls and fractures. Fares4 recommends the following:

People who consumed more than two drinks per day had a higher risk of hip fracture. Another study found that women consuming 1.8 drinks or more per day had a higher risk of wrist fracture compared with abstainers. The link between vertebral osteoporotic fractures and alcohol has been reported in one study. The researchers found increased odds of fracture among men who consumed more than 0.3 drinks per day compared with abstainers.

Nip it in the butt

Several meta-analyses have shown that smoking is a risk factor for low BMD and increased risk of fracture. Some studies have shown that smoking has several biological effects on bone such as decreasing intestinal calcium absorption, increasing metabolism and decreasing production of oestrogen. All of these may affect indirectly on bone strength. Smoking may also affect balance, increasing the risk of falling.

Up to 66% of falls can be attributed to environment hazards. These include eg poor stairway design and disrepair, inadequate lighting, clutter, slippery floors, unsecured mats and rugs, and unstable furniture and obstructed walkways increase the risk of falling. Numerous studies have found that floor mats in hallways, bathmats, loose rugs/mats, and flooring were among the most common home hazard associated with falls resulting in hip fractures. The risk of fall can be reduced or even prevented by implementing certain measures eg making sure that lighting is adequate, bathrooms have grab rails, toilet seats are raised, stairways have functional banisters, beds that are either raised or lowered in accordance to individual need, and an alarm system is easily accessible. As the population ages, the number of patients with osteoporosis will rise dramatically. Patients with osteoporosis are at great risk of fracture and recurrent fracture, which negatively impacts their quality of life. Effective management is essential. New guidelines provide practical pharmacological and non-pharmacological management principles to improve patient outcomes.