They generally occur in fair-skinned individuals in areas of chronic long-term sun1 and UV radiation exposure2. Early treatment of these lesions may prevent their progression to invasive skin cancer1, 3. By detecting an actinic keratosis early, the lesion(s) can be treated and the development of a squamous cell carcinoma (SCC) prevented before it starts. When diagnosed promptly, almost all AKs can be successfully treated3. 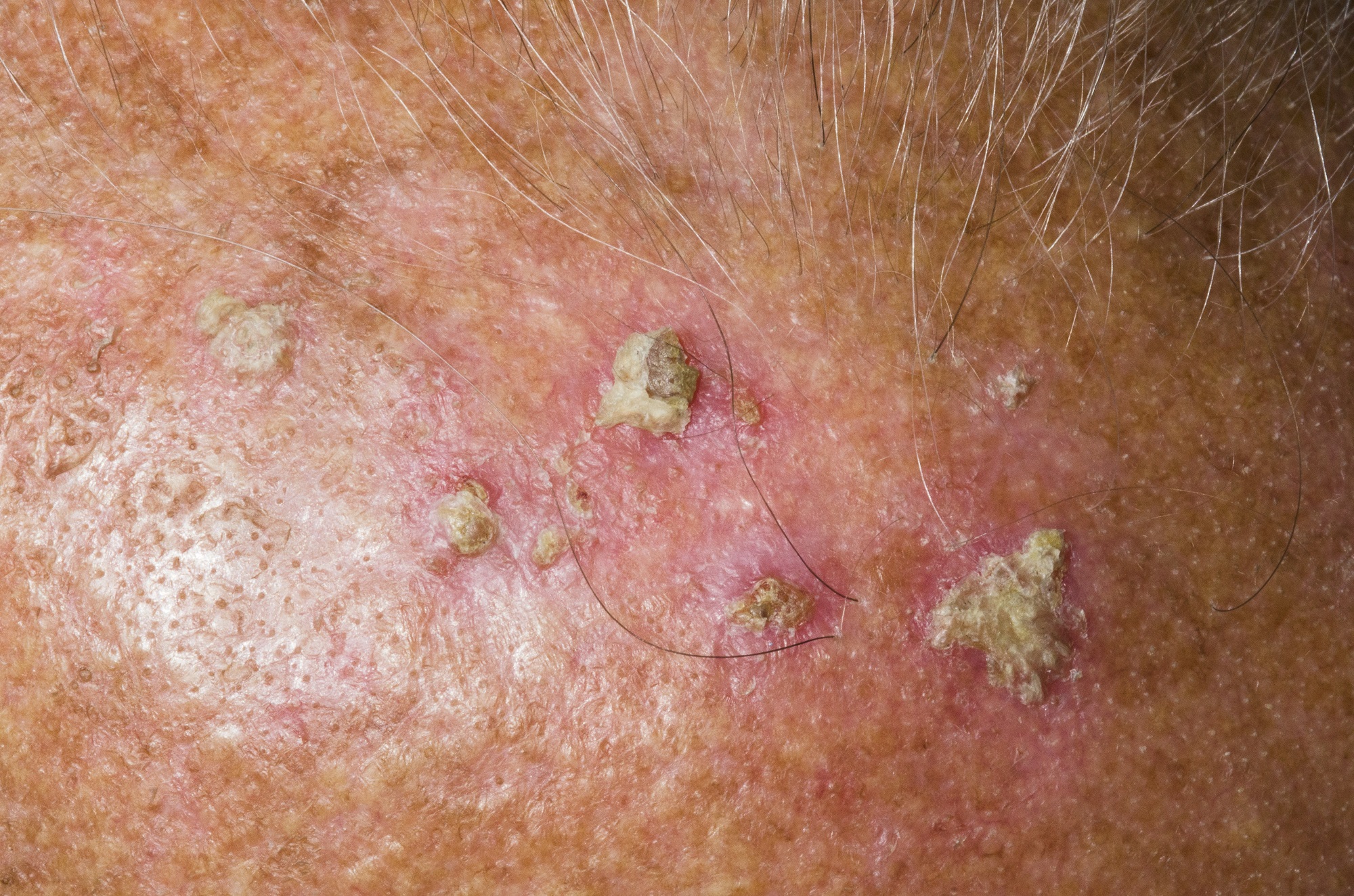 Aldara (imiquimod 5%) cream has been shown to be useful in clearing AK lesions with variable but generally excellent results. This topical treatment is a toll-like-receptor-7- (TLR-7)-agonist which induces cytokines, starting an inflammatory skin reaction directed primarily against malignant or virus-infected cells, but has virtually no effect on normal skin.

Because of the difficulty in predicting which AK will progress to SCC, the general rule is to treat all AKs. The goals of treatment are to eliminate the lesions, minimizing their risk of progression to invasive SCC, while pursuing good cosmetic outcomes5.

Conventional biopsy sampling together with histopathological analysis of the excised tissue is still the gold standard for differentially diagnosing AK from invasive SCC and identifying the characteristic pathophysiological features of these lesions6.

There are a host of possible medical interventions for AK which include cryotherapy, scraping, shave excision, chemical peel, laser resurfacing, excision and possible curettage and cautery for thicker keratoses7. 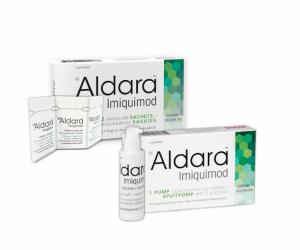 Aldara is used to treat solar keratosis on the face and scalp, superficial basal cell carcinoma where surgery is considered inappropriate, and the treatment of external genital/perianal warts in adults.

Importantly, Aldara™ (imiquimod 5%) cream has been shown to be useful in clearing AK lesions4 with variable but generally excellent results7. This topical treatment is a toll-like-receptor-7– (TLR-7)-agonist which induces cytokines, starting an inflammatory skin reaction directed primarily against malignant or virus-infected cells, but has virtually no effect on normal skin4.

In research conducted on patients with multiple biopsy-proven AKs in a randomized, double-blind, vehicle-controlled study, the results showed a low incidence of recurrence of AKs after treatment with imiquimod 5% cream in the two years following treatment8.

Another randomised study which assessed the efficacy of topical 5% imiquimod versus topical 5-fluorouracil (5-FU) and cryosurgery in immunocompetent patients with AKs found that treatment of AK imiquimod 5% cream resulted in superior sustained clearance and cosmetic outcomes compared with cryosurgery and 5-FU. These results, which were published in the British Journal of Dermatology, also compared the clinical and histological outcomes 1-year follow-up. The study concluded that imiquimod 5% cream should be considered as a first line therapy for sustained treatment of AK9.

Educating your patients about how to identify AKs in time can be very beneficial, as they can be treated before developing into skin cancer7. Early detection and treatment might be easier and more effective than a later treatment of clinically evident cancer4.

According to the Cancer Association of South Africa (CANSA), symptoms of AKinclude7:

AKs are found primarily on areas exposed to the sun, including the face, lips, ears, back of the hands, forearms, scalp and neck7.

DISCLAIMER: This editorial has been commissioned and brought to you by iNova Pharmaceuticals. Content in this editorial is for general information only and is not intended to provide medical or other professional advice.