What is often forgotten however, is that they form part of a ring of lymphoid (glandular) tissue in the nose and throat area called the Waldeyer Ring, named after the German surgeon first describing this ring in the early 20th century. Coblation tonsillectomy utilises a sodium rich solution which fills the space between the tonsil tissue and the tonsil bed combined with an electric current that dissociates (breaks-up) the sodium ions causing tissue destruction. Bleeding points are minimised and identified immediately with coblation surgery due to the excellent and almost bloodless surgical field. 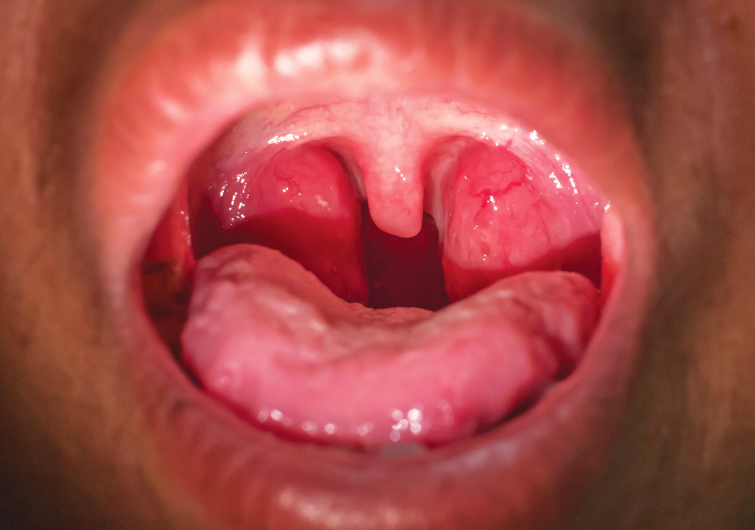 In a review that included evidence available up to April 2017, the coblation technique showed that it may cause slightly less pain one day after surgery and three days after surgery, but it is unlikely that there is a difference in pain seven days after surgery.

The incidence of postoperative bleeding has thus diminished significantly. Local tissue damage is reduced because much less heat (60-70º C) is generated when compared to laser surgery or bi-polar tonsillectomy where temperatures in local tissue can reach 600ºC. This allows for much less pain and the possible co-morbidity of dehydration due to a child that refuses to eat or drink.

One of the most common ways to perform tonsillectomies and adenoidectomies is to use heat to cut and cauterise the tissue. The heat causes some injury to surrounding tissue, and can result in a long, painful recovery period. Coblation reduces recovery time and pain. Coblation, which stands for controlled ablation, involves radiofrequency at a low temperature and uses a saline solution to gently and precisely remove the tissues. As a result, the risk of injury to surrounding tissue is much lower.

What are the indications for tonsillectomy?

1. Frequent bouts of acute tonsillitis (inflammation of the tonsils)
2. Chronic tonsillitis, consisting of persistent, moderate-to-severe throat pain
3. Abscess behind the tonsil
4. Sleep apnoea (stopping or obstructing breathing at night due to enlarged tonsils or adenoids)
5. One tonsil enlargement (suspicion of cancer).

These are the most common. There are some other rare indications. Nearly all paediatricians now screen for snoring and other sleep problems. In many cases, breathing difficulties may be the result of enlarged tonsils and adenoids, and surgery may cure the problem. Trouble sleeping, however, also can be due to other problems, such as allergies. Sleep studies and upper airway endoscopies are some of the techniques to pinpoint the cause.

Surgical removal of the tonsils (tonsillectomy) is a very common operation. Patients may have pain for up to two weeks after surgery. Bleeding may occur either immediately after surgery (‘primary bleeding’ within 24 hours of surgery) or later (‘secondary bleeding’ more than 24 hours after surgery). There are many methods of tonsillectomy; the traditional method is with metal surgical instruments. With coblation, the surgeon uses an electrically powered handpiece that ‘burns’ tissues using low temperatures.

In a review that included evidence available up to April 2017, the coblation technique showed that it may cause slightly less pain one day after surgery and three days after surgery, but it is unlikely that there is a difference in pain seven days after surgery. Surgery on any patient should never be taken lightly. The benefits of adenotonsillectomy in cases where an ENT or paediatrician have recommended it, have with the advent of this new technology, coblation, became a much less frightening experience for patients and their parents.