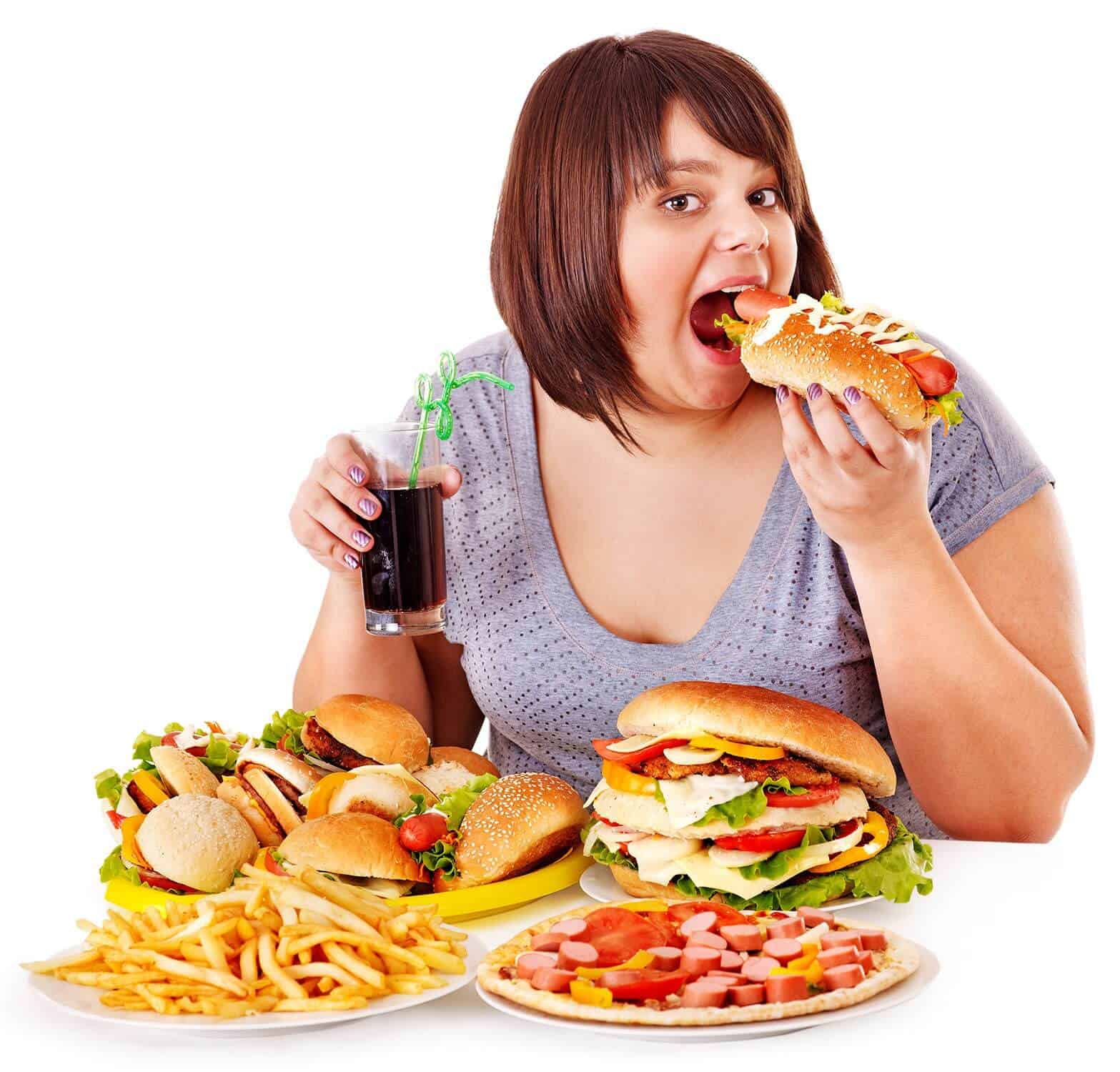 Weight loss is difficult for most patients, and the patient's desire to restrict food and energy intake is counteracted by adaptive biological responses to weight loss.

South Africa has topped the rankings as the most obese country in sub-Saharan Africa, with 28.3% of all adults considered obese, according to Stats SA’s South Africa Demographic and Health Survey 2016. The same survey also found that 68% of women aged 15 years and older and 31% of men can be classified as overweight or obese. Data from the Vitality ObeCity Index 2017, survey of Discovery Vitality members in South Africa, found that being obese increases healthcare costs by as much as R4 400 per person per year.

This is costing the South African economy R701 billion a year, due to decreased productivity, increased absenteeism, increased medical spend, slowed career growth and increased everyday expenses by obese individuals. Weight loss produces many benefits including risk factor improvement, prevention of disease, and improvements in feeling and function. Greater weight loss produces greater benefits, but modest (5 to 10% reduction) weight loss, such as that produced by lifestyle modifications and medications, has been shown to produce significant improvements in many conditions.

Given the host of negative outcomes associated with obesity, and the extent of the epidemic, it is imperative that healthcare providers familiarise themselves with best-practice approaches to obesity treatment. A wide range of treatment methods for obesity exist, but, over time, only a few have proven to be optimal. Some of the more commonly recommended strategies for weight loss are dietary changes (including meal replacement programmes) and increased physical activity (including exercise regimes). Bariatric surgery is also an option. Although it is considered to be one of the safest major surgical procedures, it is mostly reserved for extreme cases due to the costs involved and the fact that it is an irreversible surgical procedure.

There are a number of steps a clinician should take in a clinical encounter with an obese patient. These include annual and symptom-based screening for major chronic conditions associated with obesity in all adult patients with a BMI of 25 kg/m2 or above; adherence to national cancer screening guidelines since obese patients are at increased risk; identification of contributing factors to obesity, including family history, sleep disorders, disordered eating, genetics, and environmental or socioeconomic causes; identification of and appropriate screening for secondary causes of obesity; and formulation of a treatment plan based on diet, exercise, and behaviour modification.

Meal replacements are generally considered a safe and effective strategy for obesity management and are more beneficial than prescribed dietary interventions alone. However, a study by Moldovan et al found that meal replacement therapy was not as effective at reducing food cravings as treatment with phentermine, a commonly-prescribed appetite suppressant medication. The study further showed that phentermine was most effective at restricting food cravings among individuals with greater hunger and less restraint, suggesting that pharmacotherapy could be extremely effective at targeting risk factors for obesity that conventional therapies cannot affect.

If permanent weight loss could be achieved exclusively with behavioural reductions in food intake and increases in energy expenditure, medications for obesity would not be needed. However, weight loss is difficult for most patients, and the patient’s desire to restrict food and energy intake is counteracted by adaptive biological responses to weight loss. The fall in energy expenditure (out of proportion to reduction in body mass) and increase in appetite that are observed after weight loss are associated with changes in a range of hormones. Some of these changes represent adaptive responses to weight loss and result in altered physiology that promotes weight regain.

Caloric restriction through diet and behaviour modification has been shown to produce modest but effective weight loss for controlling comorbid medical problems such as diabetes, hypertension, and obstructive sleep apnoea. The adjunctive use of weight loss medication can produce even greater weight loss and cardiometabolic improvement.

The multifactorial pathogenesis of obesity should render its management more personalised: different pathogenetic mechanisms contribute to obesity on an individual basis; therefore, the same medications are not similarly useful in all patients. Anti-obesity medicines should be initiated promptly when appropriate criteria are met if a patient fails self-directed or professionally directed lifestyle treatment.

Anti-obesity medicines are generally approved in patients with a BMI ≥27 kg/m2 with at least one obesity-related comorbidity such as diabetes mellitus, hypertension, hyperlipidaemia or sleep apnoea or in patients with a BMI ≥30 kg/m2. Currently, six major FDA-approved anti-obesity medications are available in the United States phentermine, orlistat, phentermine/topiramate extended release (ER), lorcaserin, naltrexone sustained release (SR)/bupropion SR and liraglutide (the only injectable formulation). Most of these anti-obesity medicines have an efficacy of 3–7% (estimated net weight loss). Of these six medications, currently only phentermine (15mg and 30mg) and orlistat are indicated for weight-loss or as appetite suppressants in South Africa.

Identifying the type of obesity on clinical presentation coupled with an understanding of anti-obesity medicine safety, contraindications and adverse effect profiles can selectively increase weight loss through appropriate use of these medicines. FDA-approved medications and novel therapies exert their anti-obesity effects via one or more of the following mechanisms: decreasing appetite and caloric intake, increasing energy expenditure, or decreasing fat absorption.

Some of the medications used for weight loss in the management of obesity have been associated with unacceptable morbidity and mortality. For example, safety concerns have led to the withdrawal of aminorex, followed by the fenfluramines in 1997, and phenylpropanolamine (norephedrine) in 2000. One of the most commonly prescribed medications for weight loss is phentermine, a well-tolerated appetite suppressant commonly available in South Africa. Phentermine is the most commonly used weight-loss medication in the United States.

Randomised controlled trials (RCT) with phentermine have been conducted between 1965 and 2010 but were typically of short duration. The longest RCT involved administration of phentermine HCl 30 mg in combination with a hypocaloric diet in overweight or obese women (n = 108) either continuously or intermittently (alternating between medication and placebo every 4 weeks) for 36 weeks and resulted in a placebo-subtracted weight loss of 7.4 kg and 8.2 kg respectively.

Phentermine was also assessed in a 28-week phase 3 RCT study (EQUATE) with 756 obese participants in comparison to topiramate extended release (46mg and 92mg) monotherapy and to combination with topiramate (7.5 mg/46 mg and 15 mg/92 mg). Placebo subtracted weight loss was 3.8%, 4.4%, 3.4%, 4.7%, 6.8% and 7.5%, respectively without significant improvement in cardiometabolic parameters in the phentermine monotherapy groups. In multiple studies, cravings for sweet and fatty foods were decreased after 12 weeks of treatment with phentermine.

Topiramate, which is often used in combination with phentermine, is an immediate-release sulfamate-substituted monosaccharide used to treat epilepsy and to prevent migraines. Topiramate may decrease food intake via effects of carbonic-anhydrase inhibition on taste, or through its effects on GABA transmission, since GABA-A receptor activation and the interaction between GABA and leptin pathways are known to mediate effects on appetite and metabolism. Topiramate may also affect energy expenditure.

According to a recent study of the efficacy of current FDA-approved weight-loss medicines, a combination therapy of 7.5/46mg phentermine/topiramate caused a net weight loss of over 6% over the course of a year, making it the most effective medicine therapy for obesity currently on the market. The second most effective therapy is phentermine alone, 15mg of which taken daily causes a 4% decrease in body weight, followed by naltrexone SR. A study by Khera et al found that phentermine/topiramate was the medicine most likely to lead to weight loss greater than 5% while also leading to the least number of side effects.

In a observational study by Hendricks et al, normotensive (14%), prehypertensive (52%), and hypertensive (34%) patients treated for a long term with phentermine (mean time on therapy of 92 weeks) demonstrated no significant increase in heart rate, as well as reductions in SBP and DBP that were similar to those in patients losing weight on a low-carbohydrate ketogenic diet alone. Furthermore, clinical studies using short-term (12 weeks) phentermine monotherapy have shown either reductions in heart rate and BP with phentermine treatment, perhaps linked to weight loss.

*The phentermine/topiramate combination is not available in South Africa.

In addition to medicines like phentermine, South African doctors have also been known to prescribe pseudoephedrine for weight loss, a nasal/sinus decongestant which has received a lot of negative publicity due to its use in the manufacture of methamphetamine. Both ephedrine and pseudoephedrine are stimulants that can constrict blood vessels. In low doses, they can act as decongestants, but in higher doses, they can raise blood pressure to dangerous levels. A variety of studies have associated pseudoephedrine use with cardiovascular problems, including high blood pressure, palpitations, and heart attacks. More than 800 dangerous reactions have been reported, strokes, seizures, sudden death, psychosis, insomnia, and heatstroke.

In response to this legislation, many US companies voluntarily re-formulated their products to exclude phenylpropanolamine, ephedrine, and pseudoephedrine, sometimes replacing it with phenylephrine. Pseudoephedrine was also subsequently up-scheduled in Australia and South Africa a few years later due to concerns regarding the medicine and its addictive potential.

Following recommendations from the former Medicines Control Council (MCC), now South African Health Products Regulatory Authority (SAHPRA), sales of pseudoephedrine, d- nor-pseudoephedrine and ephedrine were restricted by their reclassification as Schedule 2 medications, when they are an ingredient in cold and flu medications, and Schedule 6 medications when sold as a single ingredient preparation or in cold and flu preparations in quantities above the schedule 2 restrictions. The restriction of these medicines is aimed at making it more difficult for local tik (methamphetamine) manufacturers to produce the medicine.

Side effects of pseudoephedrine use include weakness or dizziness, restlessness, headache, nausea and insomnia. However, the real danger in long-term pseudoephedrine use lies in its potential to cause addiction. Like many addictive substances, pseudoephedrine targets the brain’s reward system by overloading the circuit with dopamine. The overstimulation of this system, which rewards our natural behaviours, produces the euphoric effects people desire and prompts them to repeat the behaviour.

Although a multi-pronged approached to weight loss, combining exercise and changes in diet with possible pharmacological therapy, is the preferred method of tackling obesity, a significant proportion of obese patients won’t respond to exercise and diet at all. For them, anti-obesity medicines are a necessity if bariatric surgery is not pursued. Of the anti-obesity medicines currently on the market in the US, phentermine and a combination phentermine and topiramate currently rule the roost in terms of efficacy, presenting a far superior clinical outcome to pseudoephedrine, which is occasionally prescribed for weight loss despite the dangers posed by its addictive potential.