BV is characterised by a shift in the vaginal flora from the dominant Lactobacillus to a polymicrobial flora, as well as a thin homogeneous white discharge, a vaginal pH of greater than 4.5, a positive amine test, and the presence of clue cells microscopically. BV is associated with a wide array of health issues, including preterm births, pelvic inflammatory disease, increased susceptibility to HIV infection, and other chronic health problems. 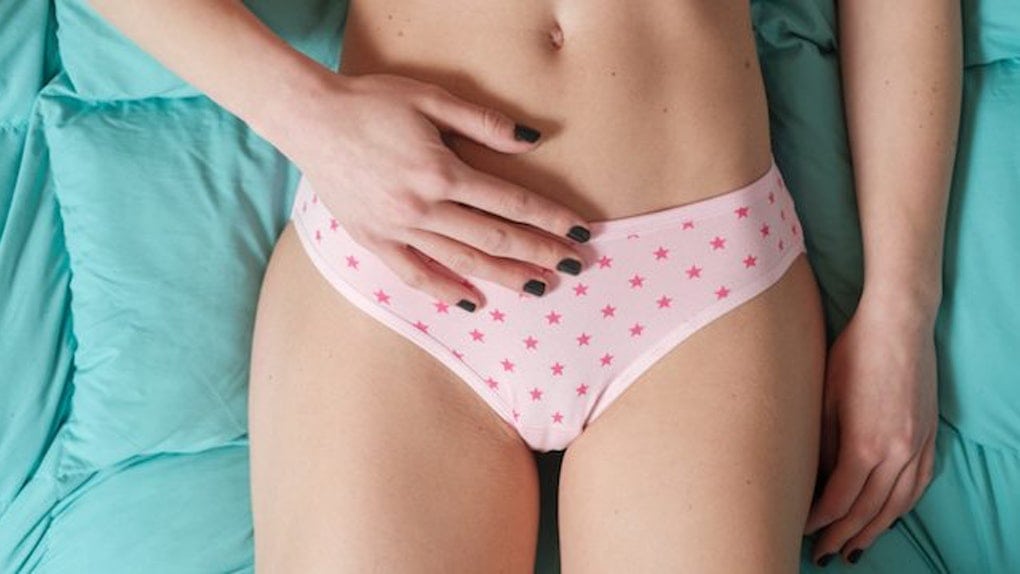 Antibiotic therapy has been shown to be effective at eradicating bacterial vaginosis during pregnancy and reduce the risk of late miscarriage.

Although the condition is not usually serious and is asymptomatic in approximately 50 to 75% of women, multiple studies have also associated a diagnosis of BV with a wide range of reproductive tract disorders. BV has been reported to be three times more prevalent among infertile than in fertile women and is associated with a two‐fold elevated risk of preclinical pregnancy loss following in vitro fertilisation‐embryo transfer.

The composition of small molecule metabolites in the human vagina is largely shaped by bacterial metabolism of human-derived nutrients. These bacterial metabolites may impact human cell function, inflammation, and disease susceptibility. The list of possible agents continues to expand and includes members of a number of genera, including Gardnerella, Atopobium, Prevotella, Peptostreptococcus, Mobiluncus, Sneathia, Leptotrichia, Mycoplasma and BV-associated bacterium 1 to 3 (BVAB1 to BVAB3).

A great deal of research has resulted in many excellent reviews of BV describing both the clinical manifestations and the potentially associated microbiological agents, with most pointing toward a complex microbe-host interaction. Despite these efforts, a specific aetiology remains elusive. This has impacted greatly on efforts to improve the efficacy of current treatment approaches for BV.

Historically, G. vaginalis is thought to have the leading role in the infection, making the niche suitable for colonization by strict anaerobes that are largely responsible for the clinical symptoms of BV, although this idea has been challenged by recent findings. Ultimately, BV is not caused by the mere presence of the potential pathogens (which is common) but rather by their unrestrained increase in number, often reaching cell counts that are 100‐ to 1000‐fold above the normal bacterial levels of the vagina.

Since BV is essentially a microbial imbalance among the constituents of the vaginal microbiota, its aetiology involves complex interactions between pathogenic species, endogenous vaginal microbiota, the host and possibly bacteriophages, but the relative contributions of these factors are unknown. Additionally, the interactions between these factors are modulated by a woman’s behaviour and her environment. This inherent complexity, along with the lack of a reliable animal model, is the likely reason why the aetiology of BV remains a mystery after decades of research.

Epidemiological studies indicate that the risk of BV is increased in women of African ethnicity. Other risk factors include low socioeconomic status, cigarette smoking, douching, antibiotic treatment for another condition, young age of coitarche, acquisition of a new sex partner and a recent history of multiple sex partners. Although various sexual activities are well‐known risk factors for acquisition of BV, it is not accurate to typify the condition as an STI.

However, it remains true that, for women who have sex with women, the rate of BV concordance among partners is high. If one woman has diagnosed BV and symptoms are present in her partner, treatment of the partner is reasonable. For women with BV who have sex with men, sexual intercourse influences disease activity, and consistent use of condoms may reduce the rate of recurrence. Male circumcision may reduce the risk of BV in female partners.

Although there is no universally accepted definition of recurrent bacterial vaginosis, in the few publications on the topic the definition used is three or more proven episodes of BV in 12 months. Although BV has been associated with an unusually large range of disorders, most associations have been variable or of small magnitude. One problem in assessing the validity of these associations has been inconsistencies in the diagnosis of BV.

Initially, BV was diagnosed by what is known as the Amsel criteria, defined as detection of three of the four following signs: an elevated vaginal pH (>4.7), the presence of a greyish discharge that adheres to the vaginal wall, a fishy odour when vaginal secretions are mixed with KOH on a slide and the presence of clue cells (epithelial cells coated with bacteria) when secretions are viewed under a microscope. The Amsel criteria has largely been replaced by an assay known as the Nugent criteria.

This measurement relies on the microscopic observation of Gram‐stained vaginal secretions. It is based solely on differentiating bacteria based on their morphology. Hence, the presence of vaginal symptoms was no longer necessary for a woman to be diagnosed with BV and many women who were negative for BV by the Amsel criteria and apparently healthy were now determined to be BV positive by the Nugent criteria.

Given its adverse effects on quality of life and the potential for severe adverse effects during pregnancy, it is important to identify a simple treatment regimen for BV. Ideally, the treatment of choice should be safe, easy to use, and effective over a long period of time. Because studies have shown that only 11% of women have a normal vaginal flora, a presumptive treatment approach is practical.

A probiotic treatment could potentially be used to replenish the healthy vaginal microbiota of women with BV. If the incompetence of vaginal lactobacilli is central to the aetiology of recurrent BV, then a successful strain replacement therapy would, in theory, cure this condition. However, the long‐term colonisation by a probiotic strain is a complex process and, so far, the results of clinical trials investigating the use of probiotics for treatment of BV are rather conflicting.

Antibiotic therapy has been shown to be effective at eradicating bacterial vaginosis during pregnancy and reduce the risk of late miscarriage. The 2015 Centers for Disease Control and Prevention (CDC) recommended treatments for BV include oral metronidazole taken twice a day for seven days, five days of an intravaginal metronidazole gel, or seven days of an intravaginal clindamycin cream.

Metronidazole or clindamycin, orally or as a vaginal gel or cream, are first-line treatments for BV. Metronidazole is a nitroimidazole with activity against anaerobic organisms, while clindamycin, a macrolide, has a broad spectrum of activity against a variety of microbes including aerobic and anaerobic organisms. However, metronidazole is widely considered to be the most effective antibiotic treatment for BV. Clindamycin cream is also available on prescription only. Metronizadole has limited activity against vaginal Lactobacillus species, a preferred characteristic for an antibiotic used to treat vaginal infections.

Despite treatment with either metronidazole or clindamycin, similar percentages of women (approximately 10 to 15%) fail therapy after 1 month. The proportion of women who relapse also increases over time. The recurrence rate of BV is approximately 30% at 3 months and approximately 50 to 80% at 1 year following therapy with either drug. Current therapy for managing recurrent BV is repeated treatment with antibiotics.

An obvious problem and important health issue associated with repeated exposure to the same antibiotic is resistance of those microbes targeted by the drug, which can result in an alteration of flora and possible persistence of BV-associated pathogens. Resistance to metronidazole, despite its use for over 3 decades, is rare. Recent studies have shown an emergence of clindamycin-resistant genital organisms among clinically relevant bacteria, including group B streptococci.

In a study of 119 premenopausal, nonpregnant women aged 18 to 45 with a clinical and Gram stain diagnosis of BV, it was determined that treatment with clindamycin and treatment with metronidazole for BV result in different microbiological patterns following therapy. While both topical metronidazole and clindamycin yielded similar clinical responses to treatment, metronidazole may be superior to clindamycin based on the low level of resistance and its capacity to eradicate anaerobic gram-negative rods from the vagina.

Intravaginal clindamycin is associated with significant and sustained anaerobic resistance after treatment, studies have found. Resistance appears to persist in the majority of women (80 %) treated with intravaginal clindamycin, and this is considered to be serious enough to have implications for the future use of clindamycin for pelvic infections. This has wide implications, since a vast number of bacteria comprise the vaginal flora that are potentially exposed to the effects of vaginal antibiotics and resistance mechanisms are transmissible between different species of bacteria.

Although oral treatment may be more convenient, it can also cause more side-effects and is only available on prescription from a doctor. Oral treatment with metronidazole was standard until recently, when an intravaginal gel became commercially available. Oral intake of metronidazole has been reported to have complications such as nausea, vomiting, diarrhoea, change of taste, and gas distention.

Physicians often find it difficult to effectively treat BV, because the long-term effectiveness of antibiotics is weak and recurrence is common. Even with a variety of antimicrobial agents available for the treatment of BV, recurrence occurs after 12 months for almost 60% of women. This is true even though initial treatment is successful in about 80% of cases. Preliminary studies suggest that for women with 3 or more episodes of BV, metronidazole vaginal gel 0.75%, should be prescribed, in the form of one full applicator, twice weekly for 6 months. Although this isn’t the current recommended dosage, clinical studies have shown that local intravaginal metronidazole can be used twice daily.

The aetiology of BV remains uncertain, and hence effective treatment strategies are by nature imprecise. However, a high degree of success has been achieved by antibiotic treatments such as metronidazole and clindamycin, of which metronidazole is the preferred treatment since it is associated with a lower rate of resistance and reoccurrence of symptoms. In choosing between oral and topical metronidazole, the topical treatment has clear benefits, since it is associated with fewer side effects, is just as effective and does not require a prescription.