Our current understanding of the complex relationship between menopausal hormone therapy (MHT) and cardiovascular disease (CVD) risk has been largely informed by detailed analyses in the WHI, the largest-ever randomised, placebo‐controlled trial evaluating MHT in postmenopausal women. 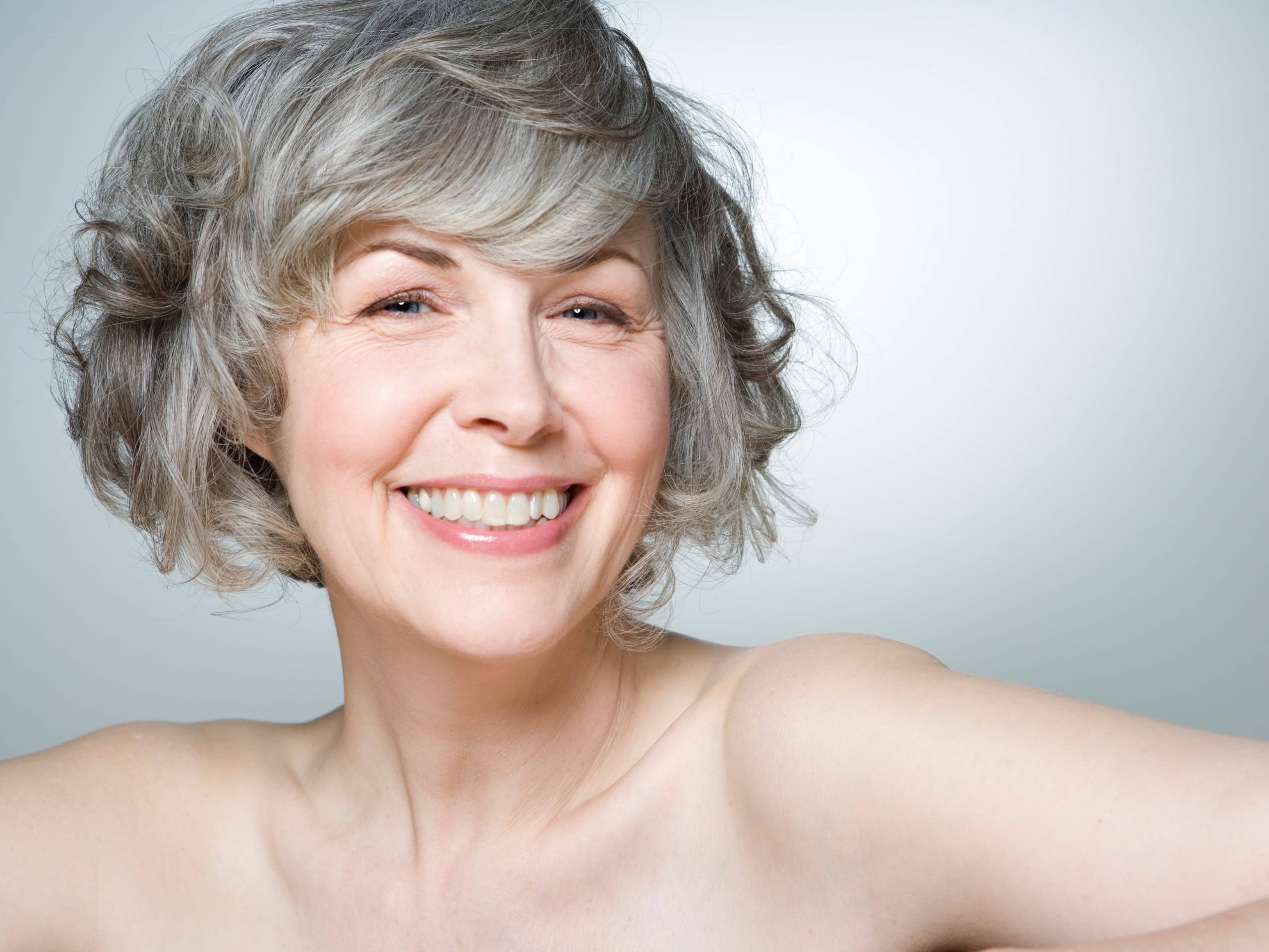 The WHI studies caused drastic changes in the medical approach to postmenopausal women, although subsequent studies have tended to confirm the validity of clinical approaches predating WHI.

The trial, which was designed to last for 8.5 years, was stopped at the 5.2-year mark because the National Heart, Lung and Blood Institute (NHLBI) accepted the study’s evaluation that the risks of breast cancer were increased and other health risks of hormone replacement treatment (HRT) were greater than the benefits. The initial conclusions drawn from the paper have been widely accepted as demonstrating that combined oestrogen plus progestin replacement treatment in postmenopausal women increased the risk of invasive breast cancer (IBC), coronary heart disease (CHD), stroke and venous thromboembolism.

Before the WHI, the prevailing view was that HRT was a low-risk intervention with immediate value for symptom relief in recently menopausal women, and that it probably conferred long-term protection against the major chronic diseases that affect women after menopause. HRT use plummeted world-wide, driven by fear of breast cancer and skepticism about cardiovascular benefits. In the USA, the issuing of HRT scripts fell by 72% between 2001 and 2008, from a high of 112.2 million to a low of 31.8 million.

In a survey of MHT use in 17 European countries between 2002 and 2010, it was found that MHT use experienced a sharp decrease. The total decrease in MHT use ranged from 50% to 77% in the countries surveyed. Declines in hormone use were observed among all ages, race/ethnicities, education, and income groups investigated.

The disfavour HRT is held in now is in sharp contrast to the view espoused by scientific societies before the WHI. In the late 1980s, several observational studies and meta-analyses suggested that HRT was beneficial for prevention of osteoporosis, coronary heart disease, dementia and decreased all-cause mortality. In 1992, the American College of Physicians recommended HRT for prevention of coronary disease, while in the late 1990s and early 2000s, several randomised trials in older women suggested coronary harm and that the risks, including breast cancer, outweighed any benefit.

The WHI study, published in 2002, noted among other factors that women reporting prior postmenopausal hormone use had a higher risk of breast cancer associated with oestrogen plus progestin use than those who never used postmenopausal hormones. A hazard ratio of 1.29, denoting a 29% relative risk for CHD in the WHI’s oestrogen plus progestin-treated group, was noted in the WHI study. However, contrasting findings discovered by a further WHI trial of continuous conjugated equine oestrogens alone, reported 2 years later and suggesting prevention of coronary heart disease in women who began HRT at age <60 years, and a reduction in breast cancer overall, have been largely ignored by the medical community.

The WHI’s results are not universally accepted, with many pointing that the conclusions drawn were incorrect and that the statistical methods used require modification. Reanalyses of the randomised trial data, using age stratification, as well as newer studies and meta-analyses have been consistent in showing that younger women, 50–59 years or within 10 years of menopause, have decreased coronary disease and all-cause mortality; and do not have the perceived risks including breast cancer. These newer findings are consistent with the older observational data, calling the validity of the WHI into question.

CRITIQUE OF THE WHI

In a paper critiquing the findings of the WHI, Prof Robert Langer, one of the principal investigators in the WHI, described the process which led to the distorted reporting of the WHI findings that triggered the initial flight from the appropriate use of HRT. He reported that, in an unprecedented departure from accepted practice, the initial results paper was written by a small group of individuals and kept secret from the majority of scientists in whose names it was submitted until after it was accepted by the journal. The result was that the paper misrepresented the findings, and made claims that were not supported by the data when viewed according to the pre-established study protocol, which was largely abandoned in this and subsequent reports.

Prof Langer’s study points to the need for reappraisal and potential change in our overall understanding of the relationship between HRT use and risk. Among the key points in his and others’ critique of the study findings are:

New data has indicated that many women who abruptly stop HRT had more risks, including greater risk of osteoporotic fractures. The current data confirm a timing hypothesis for benefits and risks of HRT, showing that younger have many benefits and few risks, particularly if therapy is predominantly focused on the oestrogen component. New findings has contextualised and re-evaluated the potential risks of treatment, and suggest that we may have come full circle regarding the use of HRT.

EFFECT OF THE WHI ON PATIENT CARE

Many women remain fearful of using post-menopause HRT because of concerns about the risk of heart attack, stroke, and breast cancer prompted by the WHI. While the final consequences of these incorrect conclusions are yet to be determined, but it is likely that an untold number of women will suffer from diseases which post-menopausal HRT could have prevented.

Fear of using HRT has resulted in inadequate relief of postmenopausal symptoms among untold numbers of women, with a definite negative impact on quality of life. Additionally, the increased risk of osteoporotic fracture has been of great concern. Osteoporotic fractures lead to substantial morbidity and mortality, and are considered one of the largest public health priorities by the World Health Organization. Subsequent studies have shown the significant efficacy of HRT in various doses, durations, regimens, and routes of administration, and support that HRT improves bone mass density and reduces fracture risk in women with and without osteoporosis.

While the lifelong risk for CVD is higher for men than women, in postmenopausal women, the risk for CVD elevates more rapidly than among same-aged men. After several reanalyses of data, the WHI data has been proven to also indicate that HRT provides protection against CVD if initiated close to menopause, as was the case in observational studies and common practice prior to the WHI trials. Furthermore, new clinical data shows that cardiovascular mortality risk is reduced among HRT users. Unfortunately, this information has been released too late for the women who may have experienced premature death, myocardial infarction or stroke as a result of clinical practices based on the reported WHI results.

Another cause of concern is the large number of trainee physicians who, since the early 2000s, have been taught incorrectly that HRT has substantial negative effects on postmenopausal women. Many women report feeling that their clinicians do not recognise the impact of menopause symptoms on quality of life and also report reluctance of clinicians to prescribe HRT. This is not surprising, considering that both internal medicine and obstetrics and gynaecology residents acknowledge a low comfort level with managing menopause symptoms and have limited training opportunities in this area.

In follow‐up to the WHI sub-analysis findings, two important clinical trials have been conducted to specifically evaluate the safety of MHT in early, healthy postmenopausal women: KEEPS and ELITE. Surrogate markers of CVD risk, such as measuring progression of atherosclerosis, are informative in clinical practice and were used in these trials to evaluate the effects of MHT on CVD risk. Both KEEPS and ELITE found that surrogate markers were in line with a finding that the use of HRT is safe in healthy women early in menopause. These findings have been significant enough to influence recent menopause guidelines, including the 2017 hormone therapy position statement of North American Menopause Society (NAMS).

HRT significantly decreases the incidence of various symptoms of menopause and the risk of osteoporotic fractures, and improves quality of life. In younger healthy women (aged 50–60 years), the risk–benefit balance is positive for using HRT, with risks considered rare. As no validated primary prevention strategies are available for younger women (<60 years of age), other than lifestyle management, some consideration might be given to HRT as a prevention strategy as treatment can reduce CHD and all-cause mortality.

In contrast to the findings in the WHI, more recent studies have indicated that the relative risks associated with HRT vary with the combination of hormones included. Differences in pharmacological profile among progestins may translate to characteristic divergences in clinical profile, with potential implications for long-term health. The biological actions of progestins depend on their receptor binding affinity profiles as well as their specific effects on progesterone receptor signalling, which often differ based on the ligand.

Observational studies indicate that hormone therapies which include medroxyprogesterone acetate and certain other progestins may attenuate the cardiovascular benefits of oestrogen and add to risk of breast cancer. Appraisal of the evidence suggests these clinical effects correlate with the progestin’s pharmacological profile. Among the newer progestins, drospirenone has been investigated extensively in preclinical studies.

With a pharmacological profile similar to progesterone, drospirenone is devoid of oestrogenic, androgenic and glucocorticoid activity and possesses potent antialdosterone and antiandrogenic activity. This profile of drospirenone contrasts with that of older progestins, conferring specific effects on cardiovascular and breast cells. For postmenopausal HRT, 2 mg drospirenone was combined with 1 mg 17β-estradiol for continuous treatment.

To evaluate the endometrial safety of this combination, data was assessed from 520 postmenopausal women receiving 1 mg 17β-estradiol and drospirenone (1, 2 or 3 mg per day) for at least 100 weeks. There were no cases of hyperplasia or carcinoma during the entire study period, and 85–92% of women had an atrophic/inactive endometrium.

Since high blood pressure is a cardiovascular risk factor, the use of drospirenone may exert a beneficial effect in this regard. Drospirenone appears to be not only a good option for women using oral contraceptives or HRT, but it may offer new medical benefits, via its antimineralocorticoid and antialdosterone effects and its potential to decrease water retention and blood pressure.

Lobo RA, Pickar JH, Stevenson JC, et al. Back to the future: Hormone replacement therapy as part of a prevention strategy for women at the onset of menopause. Atherosclerosis 2016:254:296-304.

Simoncini T, Genazzani AR. A review of the cardiovascular and breast actions of drospirenone in preclinical studies. Climacteric 2010;13:22–33.

Vitale C, Rosano GMC. Hormone replacement therapy with a combination of drospirenone and estradiol and its effect on the cardiovascular system. Gynaecology Forum 2008;13(4):13-17.