Approximately 8.9 million fractures are caused by osteoporosis.  These fractures occur mainly at the hip, vertebrae, and distal forearm and are associated with significant morbidity, mortality, and reduced quality of life. 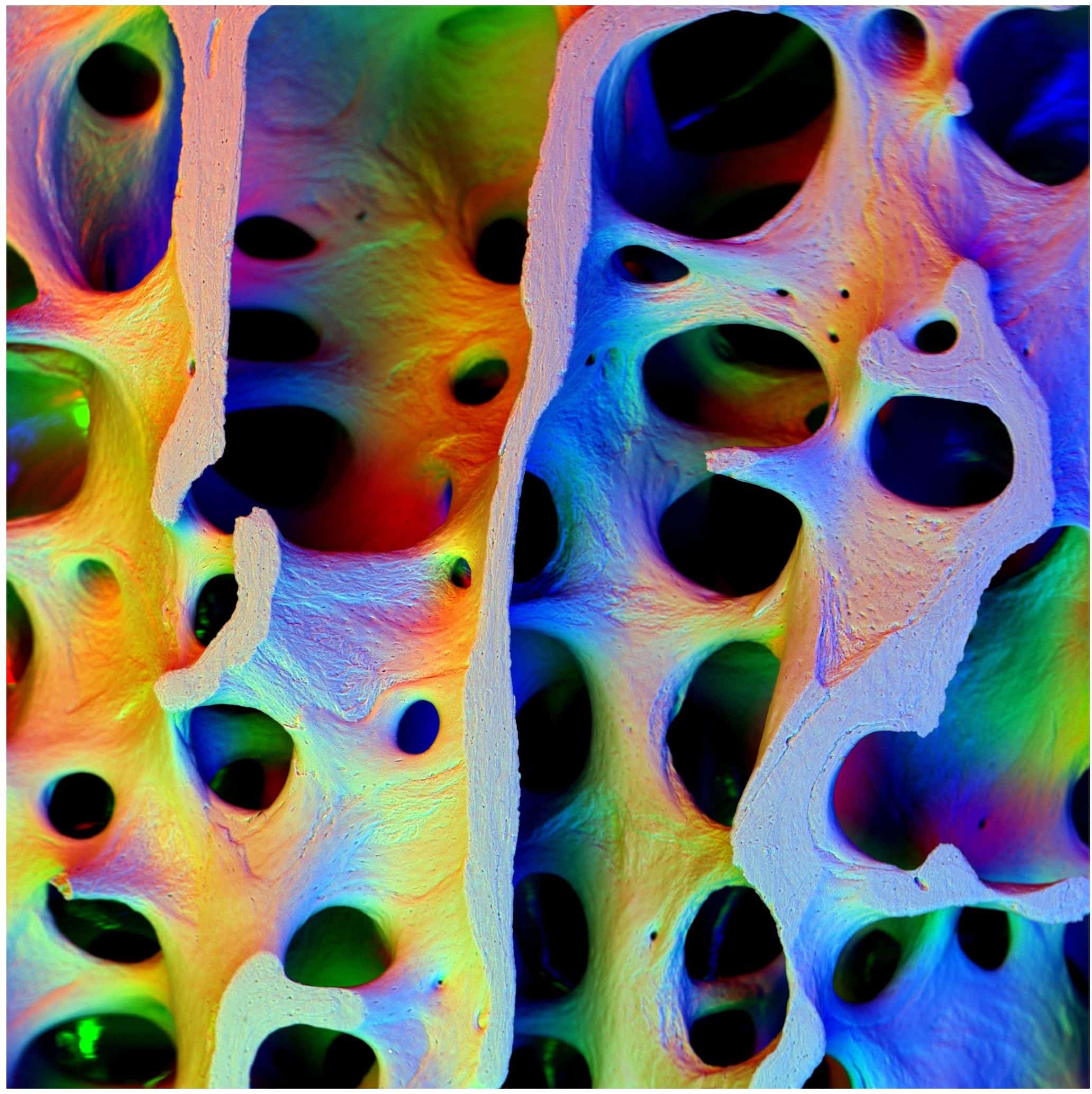 But despite the high prevalence of osteoporosis and resulting fractures, more than 80% of patients who sustained a fragility fracture not referred for further tests or treatment due to uncertainty among physicians about who should be treated, when to monitor and what tests to do for monitoring, the appropriate duration of therapy, when to consider a bisphosphonate holiday, according to the American Endocrine Society (AES). Of huge concern is the fact that patients who had a fracture are at high risk of subsequent fractures within the first 24 months.

Another challenge in the management of osteoporosis is poor adherence to treatment due to a fear of very rare side-effects (osteonecrosis of the jaw [ONJ] and atypical femoral fractures). According to the IOF, only 40% of patients take treatment for more than one year. At two years, only 20% of patients are still taking their medication.  The National Osteoporosis Foundation of South Africa (NOFSA) says the incidence of ONJ is extremely low (0.01%-0.0004%), while Swedish researchers showed that among a total of 50 325 femur (hip or femoral shaft) fractures, only 172 (about three AFFs per 1000 hip fractures) met the criteria for an AFF. A similarly low ratio of AFFs to hip fractures was shown by LeBlanc et al. The researchers found a very low AFF rate in their study population (about five per 100 000 person-years) compared with an almost 100-fold higher incidence of hip fractures (300 to 400 per 100 000 person-years).

As a result of uncertainty among clinicians as well as patients’ fear of side-effects, treatment is still suboptimal.  The 2019 AES guideline for the pharmacological management of osteoporosis in postmenopausal women aims to address these uncertainties. This article focuses on treatment options available in South Africa.

Who should be treated?

The AES recommends treating postmenopausal women at high risk of fractures, especially those who have experienced a recent fracture, with pharmacological therapies, as the benefits outweigh the risks. When making decisions regarding who to treat, patient preferences and patient-specific clinical factors should be considered.

The goal of treatment is to decrease fractures associated with osteoporosis; thus, the overall approach is to recommend good bone health maintenance efforts. Treatment decisions should be based on country-specific availability of various drugs, local guidelines, values, and preferences of the patient, costs, and drug coverage (medical schemes).

‘Treat-to-target’ can also assist in decision-making about the choice of treatment. The idea of ‘treat-to-target’ is to choose therapy that will most likely achieve the target BMD, change to a more potent agent if the initial therapy is not achieving the BMD goal, and stop when fracture risk is at an acceptable low level.

What treatment should be prescribed?

Oral bisphosphonates are the current mainstay of treatment for postmenopausal osteoporosis as a result of their established efficacy in terms of bone mineral density (BMD) gains, fracture risk reduction, and good safety and tolerability.  Three oral bisphosphonates available including alendronate (weekly), ibandronate (monthly), and risedronate (weekly or monthly). Additionally, there are two intravenous agents: zoledronic acid, given annually, and ibandronate, given quarterly.

NOFSA too recommends bisphosphonates as first-line treatment for osteoporosis in postmenopausal women in men and in certain secondary osteoporosis such as glucocorticoid-induced osteoporosis.

When should a bisphosphonate ‘holiday’ be considered?

What distinguishes bisphosphonates from other osteoporotic drugs, add the authors, is the fact that their positive effects persist for several years after discontinuation.

Evaluating the effects of long-term bisphosphonates, the American Society of Bone and Mineral Research Task Force proposed that the risk of side-effects may be reduced by taking a temporary holiday from oral bisphosphonates after five years and after three years of intravenous (IV) bisphosphonates, in patients who are not at high risk of fracture, without compromising their well-being, while those at high risk, should continue the bisphosphonate or switch to another therapy.

Their proposal was based on the findings of two studies. The Fracture Intervention Trial Long-term Extension (FLEX) was a placebo-controlled trial that looked at the optimal duration of treatment of women with postmenopausal osteoporosis. Black et al found that women who discontinued alendronate after five years showed a moderate decline in bone mineral density (BMD) and a gradual rise in biochemical markers, but no higher fracture risk other than for clinical vertebral fractures compared with those who continued alendronate. These results suggest that for many women, discontinuation of alendronate for up to years does not appear to significantly increase fracture risk. However, women at very high risk of clinical vertebral fractures may benefit by continuing beyond five years.

In The Effect of Three versus Six years of Zoledronic Acid Treatment of Osteoporosis: A randomized extension to the HORIZON-Pivotal Fracture Trial (HORIZON-PFT), Black and colleagues found small differences in BMD and markers in those who continued versus those who stopped treatment suggest residual effects, and therefore, after three years of annual zoledronic acid treatment, many patients may discontinue therapy up to three years. However, vertebral fracture reductions suggest that those at high fracture risk, particularly vertebral fracture, may benefit by continued treatment.

Once a holiday has begun, fracture risk and BMD should be re-evaluated every two to four years after discontinuation. Depending on the individual’s fracture risk before the five-year maximum holiday is completed, treatment should be re-initiated in patient with a significant drop in BMD.

What dosing regimen is most effective?

As mentioned previously, suboptimal adherence to treatment negatively affects outcomes. Once-monthly oral ibandronate was developed to address this challenge.  But how effective is once-monthly ibandronate?

In the 2005 Monthly Oral iBandronate In LadiEs or MOBILE study, Miller et al (2005) reviewed one-year comparative data on the efficacy and safety of monthly and daily oral ibandronate regimens in reducing the three-year vertebral fracture risk of postmenopausal osteoporosis.  A total of 1609 women with postmenopausal osteoporosis were assigned to one of four oral ibandronate regimens: 2.5mg daily, 50mg/50mg monthly (single doses, consecutive days), 100mg monthly, or 150mg monthly. The researchers found that after one-year, lumbar spine BMD increased by 3.9%, 4.3%, 4.1%, and 4.9% in the 2.5mg, 50mg/50mg, 100mg, and 150mg arms, respectively.

All monthly regimens were proven noninferior, and the 150 mg regimen superior, to the daily regimen. All monthly regimens produced similar hip BMD gains, which were larger than those with the daily regimen. All regimens similarly decreased serum levels of C-telopeptide, a biochemical marker of bone resorption. Compared with the daily regimen, a significantly larger proportion of women receiving the 100mg and 150mg monthly regimens achieved predefined threshold levels for percent change from baseline in lumbar spine (6%) or total hip BMD (3%). All regimens were similarly well tolerated. They concluded that monthly ibandronate is at least as effective and well tolerated as the currently approved daily ibandronate regimen in postmenopausal osteoporosis.

To confirm the one-year results of Miller and colleagues’ study, and to compare efficacy extended to two years, Reginster et al (2006) also looked at the efficacy and tolerability of once-monthly vs daily oral ibandronate. Substantial increases in lumbar spine BMD were seen in all treatment arms: 5.0%, 5.3%, 5.6%, and 6.6% in the daily and once-monthly groups respectively, confirming that all once-monthly regimens were at least as effective as daily treatment. In addition, 150mg was found to be superior with substantial increases in proximal femur (total hip, femoral neck, trochanter) BMD. Independent of the regimen, most participants (70.5–93.5%) achieved increases above baseline in lumbar spine or total hip BMD, or both. Pronounced decreases in the biochemical marker of bone resorption, sCTX, observed in all arms after three months, were maintained throughout. They too concluded that once-monthly oral ibandronate is at least as effective and well tolerated as daily treatment and may be more convenient for patients and improve therapeutic adherence, thereby optimising outcomes.

In the eValuation of IBandronate Efficacy (VIBE) database fracture study, Harris et al (2008) compared fracture rates between patients treated with newly prescribed monthly ibandronate (n=7345) and weekly oral bisphosphonates (alendronate or risedronate [n=56 837]). The primary analysis included patients who were adherent to treatment during the first 90 days after the index date. The risks of hip, nonvertebral, vertebral and any clinical fracture were compared. They found that fracture rates after the 12-month observational period were b2% and fracture risk was not significantly different between patients receiving monthly ibandronate or weekly bisphosphonates for hip, nonvertebral or any clinical fracture. Ibandronate patients had a significantly lower risk of vertebral fracture than weekly BP patients.

Cranney et al (2009) conducted a review of eight randomised efficacy trials of at least one-year treatment with ibandronate in women with postmenopausal osteoporosis. The goal was to assess the effect of high versus lower doses of ibandronate on nonvertebral fractures. The primary outcome was osteoporosis-related non-vertebral fractures defined as fractures of one of six key sites: Humerus, clavicle, wrist, pelvis, hip, and leg.

Doses of ibandronate that were included in the analyses were: 2.5mg daily, 50mg/50mg monthly, 100 mg monthly, 2mg every two months (IV), 2mg every three months (IV), and 20mg orally every second day for 12 weeks every three months. This is in addition to the doses that are used in clinical practice: 150 mg oral once monthly and 3mg (IV) every three months. They found that higher monthly and quarterly intravenous doses of ibandronate have significantly greater effects on surrogates of fracture risk, such as lumbar spine and hip BMD and markers of bone turnover, compared with lower daily doses. The team concluded that the results of their review suggest that higher ibandronate doses given for two years, including the marketed doses of 150mg monthly and 3mg (IV) quarterly, significantly reduce the risk of nonvertebral fractures by 38%–43%, in comparison to the 2.5mg daily dose.

The AES guideline recommends the use of teriparatide for up to two years for the reduction of vertebral and nonvertebral fractures in postmenopausal women at very high risk of fracture. Furthermore, they recommend that treatment with antiresorptive osteoporosis therapies should be continued in those who have completed a course of teriparatide to maintain bone density gains.

Women at high risk of fracture, with a low risk of deep vein thrombosis and for whom bisphosphonates are not appropriate, or with a high risk of breast cancer, the authors recommend the use of raloxifene or bazedoxifene (neither available in South Africa) to reduce the risk of vertebral fractures.

Oestrogen only hormone therapy is recommended for willing women at high risk of fracture, who have had a hysterectomy, are under 60 years of age or 10 years past menopause, at low risk of deep vein thrombosis, those in whom bisphosphonates are not appropriate, with bothersome vasomotor symptoms, with additional climacteric symptoms, without contraindications, without prior myocardial infarction or stroke and without breast cancer.

Women with low BMD and at high risk of fractures, calcium and vitamin D can be used as an adjunct to osteoporosis therapies. Supplementation is also recommended for women in whom all the above-mentioned therapies are contraindicated.