Colds and flu remain an ever-present health threat, but the increasing resistance of strains to antivirals (and growing public sentiment against pharmaceuticals) require us to keep alternative therapies in mind. 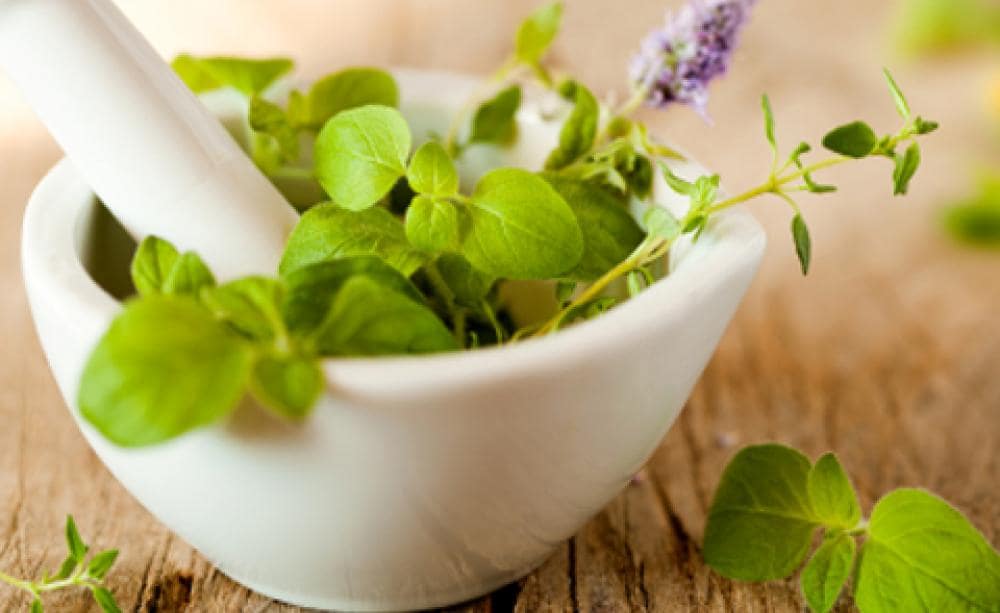 Many herbal medicines used in ethnomedicine are beneficial in the treatment of infectious conditions such as respiratory ailments, colds and flu.

Influenza virus infection is a serious public health problem because of its significant mortality in humans, as demonstrated by the recent human influenza A (H1N1) pandemic, which caused 18 449 laboratory-confirmed deaths worldwide in one and a half years from early April 2009, when the first case of infection appeared, to August 2010. According to the WHO, influenza occurs globally with an annual attack rate estimated at 5-10% in adults and 20–30% in children, resulting in 250 000 to 500 000 deaths.

Due to the rapid resistance of the influenza viruses (IV) to presently available antiviral drugs and the emergence of various influenza strains as a consequence of climatic changes and rapid globalisation, there is a significant need for improved antiviral drugs. However, making progress with specific antiviral drugs is difficult because of the segmented nature

Complementary and alternative medicine (CAM) is generally available, affordable, and commonly used in many countries to fight influenza. CAM is a cluster of diverse medical and healthcare systems, practices and products that are not usually considered as a part of conventional medicine system. Broadly speaking, the essential goal of CAM today is, not only to treat the diseases but to address their underlying causes and individual susceptibilities.

Since vaccine production by current methods cannot be carried out with the speed required to halt the progress of a new strain of virus and considering drug resistance and the time required for vaccine development, it is worth considering the benefits of CAM in the treatment of influenza. CAM, in alliance with conventional medicine, might be an effective preventive/therapeutic strategy against IV, considering the no or low toxicity and side effects of most CAM treatments.

Virus-induced oxidative stress plays an important role in the regulation of the host immune system. Examination of lungs during influenza infection indicate that xanthine oxidase is enhanced, while the buffering capacity of small molecular antioxidants is decreased in the lungs, suggesting that infection leads to oxidative stress. Furthermore, the wide array of cytokines produced in the lungs during influenza could contribute to the systemic effects of the infection.

The pathogenic mechanism of oxidative stress induced by influenza virus highlights that antioxidant use is one of the effective strategies against influenza virus infection. Antioxidants, together with agents interfering with the harmful effects of cytokines and lipid mediators, may have a role in the treatment of viral diseases. Such agents could not only alleviate disaster symptoms but also decrease the long-term effects of chronic oxidate stress.

The term oxidative stress is commonly used to describe an imbalance between the systemic manifestation of free radicals and the capability of cells to detoxify them and negate their damaging effects on proteins, lipids, and DNA. The implication of oxidative stress in the aetiology of several chronic and degenerative diseases suggests that antioxidant therapy represents a promising avenue for treatment.

At low or moderate concentrations, free radicals are necessary for the maturation process of cellular structures and can act as weapons for the host defense system. Indeed, phagocytes (neutrophils, macrophages, monocytes) release free radicals to destroy invading pathogenic microbes as part of the body’s defense mechanism against disease.

The role of oxidants in influenza is complicated by several factors. As opposed to situations of systemic exposure to oxidants, such as in whole-body irradiation or intoxication with radical-generating agents, influenza infection is restricted to the airways and lungs. In addition, within the infected lungs, areas with severe inflammation may be found next to relatively unaffected areas.

Many herbal medicines used in ethnomedicine are beneficial in the treatment of infectious conditions such as respiratory ailments, cold and flu. Locally, many such medicines are derived from the plant Pelargonium sidoides, also known as the African geranium. Interest in P. sidoides and is extract EPs 7630 has been heightened by reports of therapeutic benefits in infectious conditions of the respiratory tract such as tuberculosis and related diseases.

Pelargonium sidoides has strong immunomodulatory effects that increase the release of pro-inflammatory cytokines which are responsible for supporting an immune response. It has also been demonstrated to have an indirect antibacterial effect through inhibition of bacterial adhesion to human epithelial cells.

In numerous randomised controlled trials and systematic reviews such as those published by the Cochrane Collaboration, Pelargonium sidoides extract EPs 7630 was shown to be effective in acute respiratory tract infections (aRTI) in all investigated age-groups.

Following the therapeutic use of EPs 7630 in modern phytomedicine for the treatment of upper respiratory tract infections, the demonstrated antiviral effects of this extract against a panel of viruses including seasonal influenza A virus strains (H1N1, H3N2), respiratory syncytial virus, human coronavirus, parainfluenza virus and coxsackie virus provided evidence of feasible beneficial effects in patients suffering from acute bronchitis and related infectious diseases.

In a study examining the effect of EPs 7630 on symptoms of the common cold, the treatment outcome was assessed as better in the EPs 7630 group than in the placebo group by both the investigator and the patients on day five. From baseline to day five, common cold symptoms, assessed as symptom intensity differences (SSID) of the cold intensity score (CIS), improved by 14.6 points in EPs 7630 treated group compared with 7.6 points in the placebo group. Furthermore, after 10 days, 63.5% versus 11.8% in the EPs 7630 versus placebo group were clinically cured (CIS=0).

In multiple strudies, adverse events associated with P. sidoides were assessed as being non-serious, minor, or transitory, with the most frequent adverse events being mild gastrointestinal complaints.

Quercetin is the aglycone (noncarbohydrate portion) of rutin, quercetrin and other glycoside flavonoids. It is widely found in the plant kingdom, including in oak trees (Quercus spp.), onions (Allium cepa) and tea (Camellia sinensis). Quercetin is also found in red wine, grapefruit, onions, apples, black tea, and, in lesser amounts, in leafy green vegetables and beans. It has effects on many different enzymatic systems in the body, most of them via its interaction with the calcium-regulating enzyme calmodulin.

A bioflavonoid, quercetin has both antioxidant and anti-inflammatory activity. Quercetin is known for its antioxidant activity in radical scavenging and anti-allergic properties characterised by stimulation of the immune system, antiviral activity, inhibition of histamine release, decrease in pro-inflammatory cytokines, leukotrienes creation, and suppression of interleukin IL-4 production. Its potent antioxidant effect is directly due to its ability to be converted into substances that protect against oxidative stress.

It is also effective in the inhibition of enzymes such as lipoxygenase, eosinophil and peroxidase and the suppression of inflammatory mediators. All mentioned mechanisms of action contribute to the anti-inflammatory and immunomodulating properties of quercetin that can be effectively utilised in treatment of late-phase, and late-late-phase bronchial asthma responses, allergic rhinitis and restricted peanut-induced anaphylactic reactions. Plant extract of quercetin is the main ingredient of many potential anti-allergic drugs, supplements and enriched products.

Quercetin is an effective eosinophilic inflammation suppressor for diseases like allergic rhinitis and asthma. A study found that quercetin-loaded microemulsion had a powerful anti-inflammatory effect and inhibited, in a dose-dependent way, eosinophil recruitment to the bronchoalveolar lavage fluid, as well as reducing mucous production in the lungs.

English ivy (Hedera helix) is a well-known decorative and medicinal plant native to many parts of Europe and Southwest Asia. It has expectorant (assist with coughing up and spitting out of mucus), mucolytic (help thin and loosen mucus) and spasmolytic (help relieve bronchial spasms) actions. It may also assist in relieving other typical symptoms associated with bronchitis such as shortness of breath and inflammation of the airways.

Preparations containing ivy leaves act as an expectorant in patients with a productive cough and may assist in relieving an irritating cough and may ease breathing. It can loosen or thin mucus in the airways, which makes it easier to clear the airways, reduce airway inflammation, relieve bronchial spasm, relax convulsive coughing and soothe or calm painful and troublesome coughs. Hedera helix may be used to alleviate symptoms in patients with inflammation of the airways or with upper respiratory tract conditions characterised by excessive production of viscous mucous and coughing.

Echinacea is a flowering plant that grows in the U.S. and Canada, also called coneflower. As a herbal medicine, it has been used for centuries, customarily as a treatment for the common cold, coughs, bronchitis, upper respiratory infections, and some inflammatory conditions.

Echinacea may also reverse inflammation caused by bacteria by reducing inflammatory cytokines. Rhinovirus, HSV-1, influenza A virus, adenovirus type 3 and 11, and respiratory syncytial virus stimulate the secretion of more than 30 different cytokines, including the pro-inflammatory cytokines. These are collectively involved in many of the symptoms common to colds and flu, such as sneezing, fever, sore throat, nasal discharges and inflammation in various respiratory tissues. Echinacea was able to completely or partly reverse this stimulation.

Elderberry (Sambucus nigra L.) has a long history of being used in treating colds and influenza. This folk belief has been partly validated by the results of some studies, which show that elderberries do indeed have significant benefits against cold and influenza symptoms. Elderberry’s antiviral properties are a function of its proven ability to prevent viral replication by neutralising hemagglutinin spikes on the surface of viruses.

In a study of elderberry extract’s effects using Real Time Mass Spectrometry and a Direct Binding Assay, it was found that elderberry inhibited human influenza A (H1N1) infection in vitro. The Direct Binding Assay established that flavonoids from the elderberry extract bind to H1N1 virions and, when bound, block the ability of the viruses to infect host cells, and that this inhibition compares favourably to the known anti-influenza activities of Oseltamivir and Amantadine.

Elderberry is rich in phytonutrients (chemical compounds produced by plants) and natural nutrients, including anthocyanins, vitamins A, C, B6 and calcium. They are effective against cold and flu viruses thanks to anthocyanins that enhance immune function and have anti-inflammatory action that reduce aches, pain and fever. Anthocyanins have received attention as important dietary constituents that may provide health benefits and contribute antioxidant capacity beyond that provided by essential micronutrients such as ascorbate, tocopherols, and selenium.