Ventilator‐associated pneumonia (VAP) is one of the most common hospital-acquired infections, especially among critically ill patients. While many doctors turn to antimicrobials to combat VAP, this is often irresponsible, given the efficacy of treatments such as chlorhexidine. 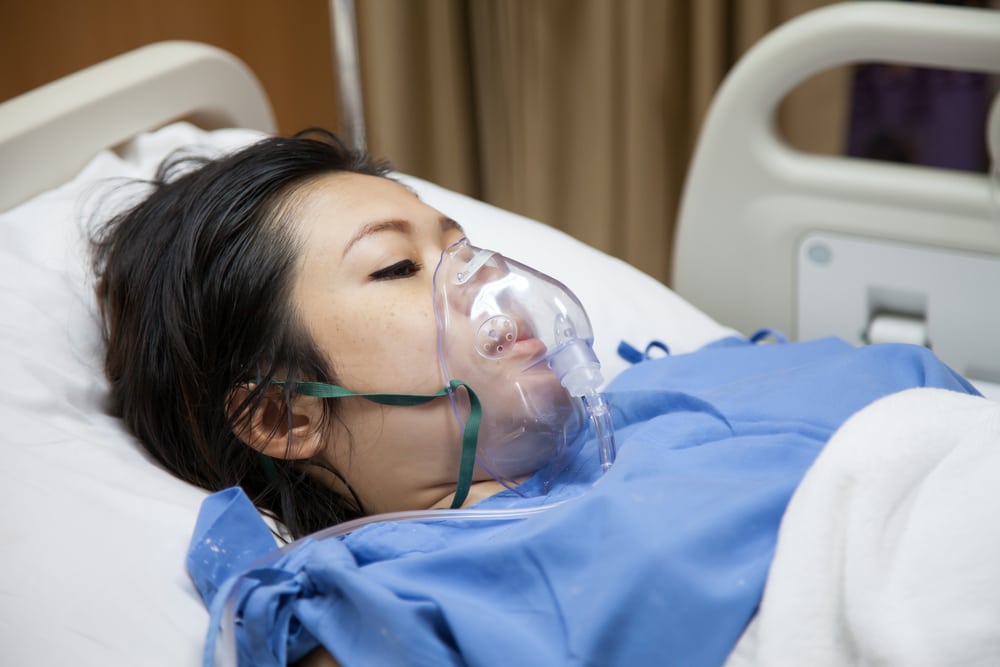 VAP results from the microbial invasion of the normally sterile lower respiratory tract, which subsequently can overwhelm the host’s defense and establish infection.

VAP is defined as pneumonia developing in people who have received mechanical ventilation for at least 48 hours. Along with hospital-acquired pneumonia (HAP), which denotes an episode of pneumonia not associated with mechanical ventilation, VAP is a potentially serious complication in patients who are already critically ill. It is also the most frequently occurring nosocomial infection associated with increased morbidity and mortality.

VAP complicates the course of 8 to 28% of patients receiving mechanical ventilation (MV). In contrast to infections of more frequently involved organs (such as the urinary tract and skin), for which mortality is low, ranging from 1 to 4%, the mortality rate for VAP ranges from 24 to 50% and can reach 76% in some specific settings or when lung infection is caused by high-risk pathogens.

The estimated risk of VAP is 1.5% per day and decreases to less than 0.5% per day after the 14th day of mechanical ventilation. VAP increases the duration of hospitalisation by 7 days and healthcare costs by a substantial margin.

Slight changes in the prevalence of these pathogens have been noted among geographic regions, and it must also be kept in mind that aetiologic agents widely differ according to the population of patients in an intensive care unit, duration of hospital stay, and prior antimicrobial therapy.

VAP results from the microbial invasion of the normally sterile lower respiratory tract, which subsequently can overwhelm the host’s defense and establish infection. The major route for microbial invasion is micro-aspiration of oropharyngeal secretions contaminated by endogenous flora around the endotracheal tube cuff. It has been suggested that the stomach hosts bacteria that colonises the oropharynx, and that embolisation into the alveoli during suctioning or bronchoscopy is caused by the colonisation of the endotracheal tube with bacteria encased in a biofilm.

There is a perception that VAP is largely preventable (its incidence is often used as an index of quality of care in the ICU), but it can also occur due to unpreventable patient-related factors such as the presence of a pre-existing pulmonary disease. Nonetheless, reducing the exposure to risk factors for VAP is the most efficient way to prevent VAP onset.

Reintubation and duration of mechanical ventilation are significant risk factors for the development of VAP, especially late onset VAP. Among the various aetiological agents responsible for VAP, gram negative organisms were the leading cause. However, in late VAP, gram positive were commoner. The time of development of VAP has no statistically significant association on the outcome of the ailment.

Consequently, intubation should be avoided whenever possible, and strategies such as non-invasive positive-pressure ventilation, sedation, and weaning protocols should be used to replace or shorten mechanical ventilation. no single preventive strategy will efficiently prevent VAP, prompting physicians to tailor “bundles” of preventative measures.

Bundles group together a small straightforward set of key interventions that are from evidence-based guidelines—generally three to five—and that are expected to result in a better outcome when performed collectively and reliably instead of individually. However, the ideal set of key preventive measures is as yet unknown.

The preventive measures that have had the most positive impact on mortality rates are selective digestive decontamination (SDD) and selective oropharyngeal decontamination (SOD). Compared with SOD, SDD was associated with a lower mortality, reduced length of stay, lower rates of ICU-acquired bacteremia and candidemia, and lower prevalence of rectal carriage of antibiotic-resistant Gram-negative bacteria but with a pronounced gradual increase in aminoglycoside-resistant Gram-negative bacteria.

The diagnosis of VAP is problematic because noninfectious conditions can cause pulmonary infiltrates and systemic findings such as leukocytosis, fever, and increased oxygen requirements. Erring on the side of caution, most clinicians employ the finding of a new or progressive radiographic infiltrate and at least one clinical feature (fever, leukocytosis, worsening oxygenation, or purulent tracheal secretions), which has high sensitivity but low specificity for VAP.

The difficulty in relying on clinical criteria for the diagnosis of VAP is the potential for over diagnosis, resulting in the unnecessary administration of inappropriate initial antibiotic therapy (IIAT) for VAP, which is usually attributed to multidrug-resistant (MDR) bacteria. This approach is associated with greater hospital mortality and longer hospital lengths of stay.

The emerging problem of worldwide antibiotic resistance has added a new premium to the importance of accurately diagnosing and more importantly treating VAP with appropriate initial antibiotic therapy. There appears to be a direct relationship between overall antibiotic consumption for VAP and the emergence of newly resistant bacterial strains.

The most reliable diagnostic method for determining the presence of VAP is a bacteriological strategy which uses quantitative cultures obtained from the lower respiratory tract via endotracheal aspirate, PSB, or bronchoalveolar lavage (BAL) to confirm or exclude the diagnosis of nosocomial pneumonia based on thresholds of bacterial growth of ≥105 colony forming units (CFU)/mL for an endotracheal aspirate, ≥104 CFU/mL for a BAL specimen, and ≥103 CFU/mL for a PSB sample. Results of these procedures guide decisions such as when to initiate or stop antibiotics and which drug should be used against the offending agent.

The lack of consistency in establishing a precise diagnosis of VAP has led some national guidelines to reflect on the relatively low accuracy of microbiology cultures as a diagnostic tool in VAP. Moreover, contamination with upper respiratory tract pathogens or endotracheal tube colonisers is common and traditional microbiology laboratory flow with Gram staining, cultures, and antibiotic susceptibility testing requires at least 48 to 96 hours for information to be processed for clinical decision making.

Rapid detection of the causative pathogen offers the potential for providing timely administration of appropriate antimicrobial therapy as well as minimising the use of broad-spectrum antibiotics when they are not justified based on microbiologic evaluation. It has been found that multiplex real-time polymerase chain reaction (PCR) offers rapid detection of a broad array of respiratory pathogens to optimise antimicrobial treatment.

There also exists a novel strategy for the rapid diagnosis of VAP utilising exhaled breath condensate fluid (EBCF) obtained from heat moisture exchangers to provide a substrate for testing with PCR to identify bacterial DNA. The potential advantages of this type of diagnostic approach include non-invasive sampling of EBCF, ease of acquiring serial samples to potentially allow pre-emptive or targeted preventative treatment of early VAP or tracheobronchitis, and pathogen-specific characterisation. The latter could help direct antibiotic therapy limiting the unnecessary use of broad-spectrum antibiotics for pathogens that are not identified, thus promoting antibiotic stewardship principles.

Lung ultrasound (LUS) is also a commonly used means of detecting early signs of VAP. In a multicentre prospective study of 99 patients with suspected VAP, the diagnostic performance of LUS findings of infection, subpleural consolidation, lobar consolidation, and dynamic arborescent/linear air bronchogram were investigated. The study found that subpleural consolidation and dynamic arborescent/linear air bronchogram had a positive predictive value of 86% with a positive likelihood ratio of 2.8, confirming that LUS is a reliable tool for early VAP diagnosis at the bedside.

As mentioned, oral decontamination with antibiotics reduces incidences of VAP, but it is not recommended because of potential selection of antibiotic-resistant pathogens, since continuous prophylactic use of antibiotics enhances the risk of induction and selection of resistant pathogens. Antiseptics or antimicrobial peptides with limited therapeutic use, such as chlorhexidine (CHX) and colistin (COL), could be attractive alternatives for oropharyngeal decontamination.

The antiseptic CHX has a broad range of activity against gram-positive microorganisms, including multiresistant pathogens such as methicillin-resistant Staphylococcus aureus (MRSA) and vancomycin-resistant enterococci (VRE), although activity against gram-negative microorganisms may be less optimal. Its effectiveness can be attributed to its bactericidal and bacteriostatic effects and its substantivity within the oral cavity (8 hours after rinsing).

However, the adverse-effects of CHX limit the long-term use of this antiseptic agent and include taste alteration, excess formation of supragingival calculus, soft-tissue lesions in young patients, allergic responses, and staining of teeth and soft tissues.

In a study meant to determine whether adherence to a ventilator weaning protocol (WP) and the use of chlorhexidine gluconate (CH) oral rinse for oral hygiene would decrease the incidence of VAP in surgical ICU patients, it was found that the institution of the WP alone led only to a slight decrease in the incidence of VAP, while the addition of CH to the WP led to a significant reduction and delay in the occurrence of VAP (37% overall, 75% for late VAP). This adds to the clinical consensus that improved oral hygiene via topical CH application in conjunction with the use of a WP is effective in reducing the incidence of VAP and the duration of mechanical ventilation in surgical ICU patients.

In a study comparing the effectiveness of 0.12% and 0.2% formulations of CHX, it was found that the lower concentrations of CHX should be prescribed, since it decreases side effects just as effectively higher concentrations with reduced side effects. The safety profile regarding selection and induction of antibiotic resistance and the presumed cost benefits of 0.12% CHX make it highly attractive for the prevention of VAP.

In the past 10 years, a great deal of progress has been made in understanding VAP. New concepts of infection-related ventilator-associated complications (IVACs) and ventilator-associated events (VAEs) have been proposed as outcome indicators for prevention strategies. In diagnostic strategies, criteria used to suspect a VAP have been challenged, as have the optimal diagnostic tests used to confirm it.

The growing threat of antimicrobial resistance has created a sense of urgency regarding the management and prevention of hospital-acquired infections such as VAP. However, there remains a fair amount of clinical consensus surrounding the use of preventative strategies and chlorhexidine to manage the risk of VAP in hospitalised patients. Most studies are in favour of a 0.12% concentration of CHX, since it is just as effective as a 0.2% concentration, but with far lower risk of adverse effects.