The most well-known use of folic acid is its role in preventing neural tube defects (NTD) during pregnancy. However folate, with its dynamic effects on red blood cell production and DNA methylation, affects numerous bodily functions and is beneficial for much besides pregnancy. 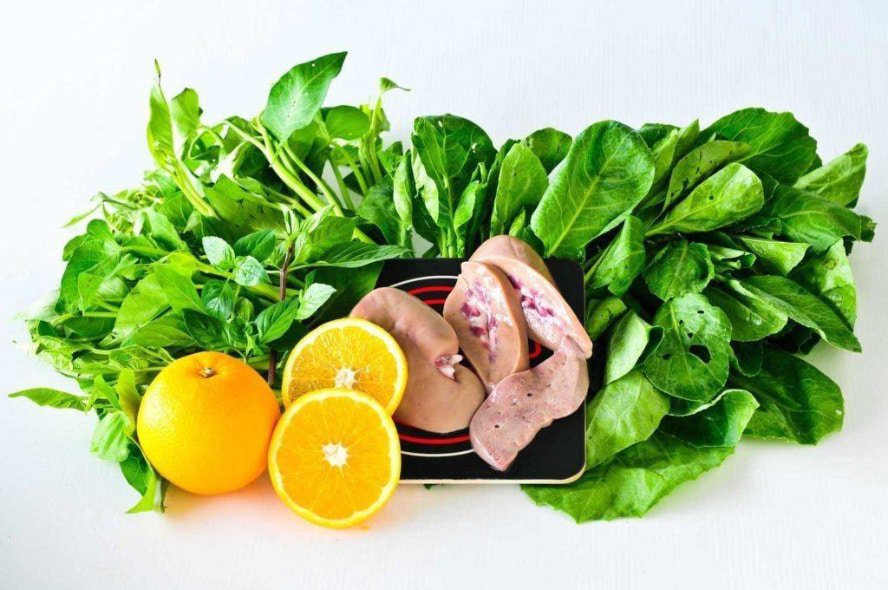 Folic acid is important for functioning of the nervous system at all ages (Reynolds 2002). Folic acid is a B vitamin essential for the integrity and function of DNA, relative deficiency of which may occur in conditions such as pregnancy and hyper-proliferative or chronic inflammatory disorders (Gisondi et al 2006). Folate and the metabolically related B-vitamins, vitamin B12 and riboflavin, have attracted much scientific and public health interest in recent years (McNulty and Scott 2006).

Neural tube defects (NTDs) are congenital abnormalities of the brain and spinal column that cause serious mortality and morbidity (Moussa et al 2016). Research has indicated that folate levels are low in 75% of women of childbearing age (McDowell et al 2008). In neonates, infants, children, and adolescents, inborn errors of folate transport and metabolism are associated with a variety of overlapping syndromes, which are influenced by age of clinical presentation, and include (Reynolds 2002):

The molecular requirements for neural tube closure are complex (Moussa et al 2016). Neural development occurs early in embryogenesis (by six weeks of gestation), when the majority of women are not aware of their pregnancy (Moussa et al 2016). In the foetus the relation between maternal folate status and the risk of neural tube defects is well established: clinical trials have shown that periconceptual preventive treatment with 400 mcg or higher of folic acid significantly reduces the risks of such defects (Reynolds 2002).

Beginning in 1998, the Food and Drug Administration (FDA) required the addition of folic acid (a form of folate) to all enriched breads, cereals, flours, corn meal, pasta products, rice and other cereal grain products sold in the United States (McDowell et al 2008). Blood folate data from the National Health and Nutrition Examination Surveys (NHANES) has subsequently documented improvements in the folate status of the US population after folate fortification was implemented (McDowell et al 2008). This is particularly important since the majority of pregnancies in most countries are unplanned (Moussa et al 2016).

A recent study determined that globally as many as 230 000 children unnecessarily developed folic acid-preventable spinal bifida (FAP SBA) in 2017, and that several countries in Africa and Asia with a high number of FAP SBA‐affected births do not have mandatory fortification policies (Kancherla et al 2018).

Folic acid has also been hypothesised to play a beneficial role in autism spectrum disorder (ASD) prevention in the womb (Moussa et al 2016). Autism is a neurodevelopmental disorder that potentially originates during the first month of pregnancy, when folate is known to be critical (Schmidt et al 2012). In a study sample of 85 176 children, derived from the population-based, prospective Norwegian Mother and Child Cohort Study (MoBa), it was determined that of children whose mothers took folic acid, 0.10% (64/61 042) had autistic disorder, compared with 0.21% (50/24 134) in those unexposed to folic acid (Suren et al 2013).

Another survey, of families enrolled in the CHARGE (Childhood Autism Risks from Genetics and Environment) study, found that mean folic acid intake was significantly greater for mothers of typically developed children than for mothers of children with ASD in the first month of pregnancy (Schmidt et al 2012).

Craniofacial deformities such as cleft lip and palate are major human birth defects with a worldwide frequency of 1 in 700 and substantial clinical impact (Murray 2002). Intake of 400 µg a day or more of folic acid in the periconceptional period seems to reduce the risk of isolated cleft lip with or without cleft palate (Wilcox et al 2006).

Apart from a well-established role in preventing neural tube defects (NTDs), evidence is emerging to support other potential roles for folate and/or related B-vitamins in protecting against cardiovascular disease (especially stroke), certain cancers, cognitive impairment, osteoporosis and a host of other ailments (McNulty and Scott 2006).

The effect of folate supplementation on cardiovascular disease has been studied in many observational studies and randomised trials and has been a topic of debate for a number of years (Stampfer and Willett 2015). This may be partly due to folic acid’s effect of lowering homocysteine levels (Davis and Shiel 2018). Homocysteine is an amino acid produced by the body by chemically altering adenosine (Davis and Shiel 2018).

The relation between elevated plasma homocysteine concentrations and cardiovascular diseases has been suspected since the 1960s, and more recently numerous studies have shown that a moderate elevation of plasma total homocysteine (tHcy) concentration is also associated with an increased risk of vascular diseases (de Bree et al 2001). Folate, riboflavin, vitamin B-6 and vitamin B-12 are essential in homocysteine metabolism (de Bree et al 2001).

In a multivariate regression analysis of B vitamin intake among a Dutch population, it was found that, after adjustment for age, intake of the other B vitamins and methionine, smoking and alcohol consumption, only folate intake remained inversely associated with the plasma tHcy concentration (de Bree et al 2001). This study showed that a high dietary intake of folate can make a substantial contribution to a reduction in plasma tHcy concentrations in the general population, which is important because each 1-μmol/L decrease in tHcy may be associated with a 10% reduction in risk of cardiovascular diseases (de Bree et al 2001).

In another study, it was concluded that even in people with elevated homocysteine levels due to genetic reasons, oral intake of folate was related to lower incidence of heart disease (Davis and Shiel 2018). High folate levels also translate into a decreased risk of atherosclerotic coronary events, since homocysteine-lowering treatment with folic acid plus vitamin B6 in healthy siblings of patients with premature atherothrombotic disease has been proven to be associated with a decreased occurrence of abnormal exercise electrocardiography tests (Vermeulen et al 2000).

Recent studies in elderly people suggest a link between folic acid, homocysteine, ageing, depression, and dementia, including Alzheimer’s disease and vascular disease (Reynolds 2002). The highest incidence of folate deficiency as measured by serum and red cell folate concentrations is in elderly populations, especially psychogeriatric patients and a close association with dementia and depression, apathy, withdrawal, and lack of motivation has been noted (Reynolds 2002).

One reason for the apparently high incidence of folate deficiency in elderly people is that folate concentrations in serum and cerebrospinal fluid fall and plasma homocysteine rises with age, perhaps contributing to the ageing process (Reynolds 2002). Recently the Framlingham community based study confirmed that a raised plasma homocysteine concentration doubled the risk of developing Alzheimer’s and non-Alzheimer’s dementia (Satizabal et al 2016).

On the basis of serum or red cell assays, folate deficiency has been reported in up to one third of psychiatric outpatients or inpatients, more so in the former (Reynolds 2002). Depressed patients with folate deficiency had higher depression scores, higher affective morbidity indices, lower Marke-Nyman (drive) scores, and a poorer response to standard treatment with antidepressants (Reynolds 2002).

The addition of 500 mcg of folate to fluoxitine for 10 weeks significantly improved antidepressant response, especially in women (Coppen and Bailey 2000). In a double blind placebo controlled trial Godfrey et al added 15 mg of methylfolate to standard psychotropic medication and reported significant and increasing clinical and social recovery of folate deficient depressed and schizophrenic groups over six months, while earlier Botez et al had reported improvement in both mood and neuropsychological function in a controlled trial of folic acid 15 mg daily alone for four months in depression (Reynolds 2002).

In a New Mexico ageing process study of 137 community residents aged 66 to 90 years, weak but significant associations were found between measures of abstract thinking and concentrations of folate (as well as other B vitamins), while in a normative ageing study of 70 men aged 54 to 81, Riggs et al found that low serum folate, low vitamin B-12, and especially high plasma homocysteine were significantly associated with impaired spatial copying skills (Reynolds 2002).

All these effects were reversible in vitro by either folate addition or nucleotide repletion, and suggest that folate status may affect the immune system by inhibiting the capacity of CD8+ T lymphocyte cells to proliferate in response to mitogen activation (McDowell et al 2008). All of this suggests that a cause-and-effect relationship can be established between the dietary intake of folate and a normal function of the immune system (McDowell et al 2008).

Combining folate with an oral contraceptive is of essential importance for those with poor compliance to medication, since roughly one million women a year become pregnant in the United States while taking birth control pills and half of these unintended pregnancies go to term (Stefanovic 2011). By using oral contraceptives with added folate, women would receive recommended protective doses of folate for the crucial period before conception and at the beginning of pregnancy (Stefanovic 2011).

The vast majority of studies in adults and children have shown a correlation between use of anticonvulsants and a decrease in folate levels (Dinc and Schulte 2018). In adults and children with epilepsy use of carbamazepine is associated with a decrease of folate, valproic acid with a rise in the vitamin B12 level, and carbamazepine with an increase in homocysteine (Dinc and Schulte 2018).

In a study of the effects of acne medication isotretinoin on B vitamin levels, 120 patients with moderate and severe acne vulgaris who completed six months isotretinoin therapy were compared to 100 healthy individuals and a statistically significant decrease was detected in post-treatment vitamin B 12 and folic acid levels (P < 0.05) (Gokalp et al 2014).