Hypoglycaemia is an important concern in diabetic patients. A new insulin glargine injection (300 units/mL) or Gla-300, launched in South Africa on 21 April, has been shown to reduce the risk of nocturnal hypoglycaemia in patients by up to 31% in real world settings. Anytime hypoglycaemia was reduced by 14%. 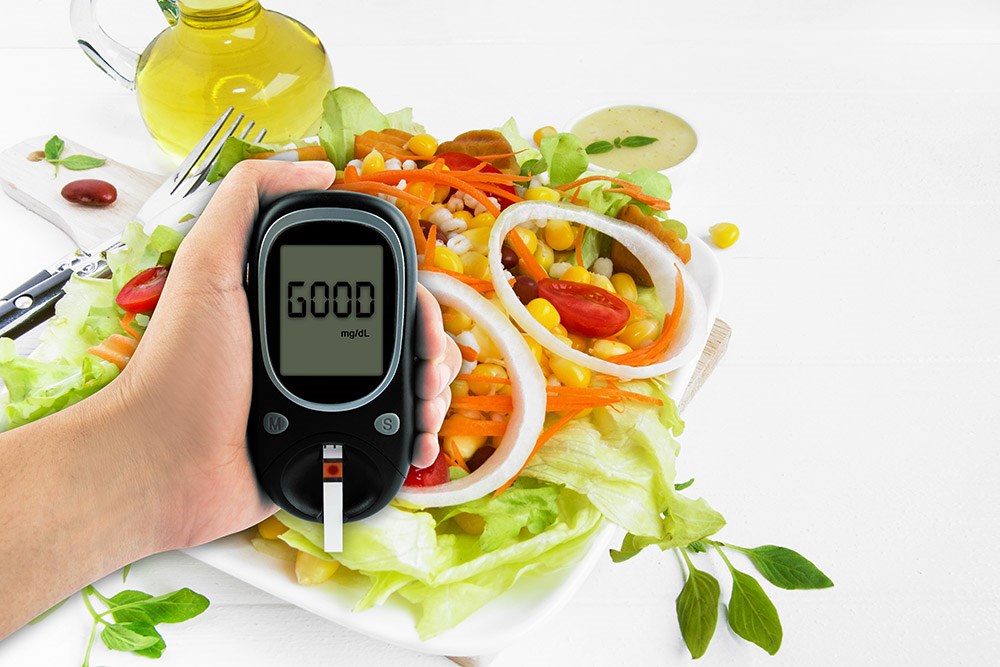 Speaking at the launch, Kerry Kalweit, a member of the International Diabetes Federation’s Young Leaders in Diabetes movement, said clinicians are often hesitant to titrate insulin because of their fear on behalf of their patients of hypoglycaemia. She describes hypoglycaemia as a ‘significant out-of-control feeling’, comparing it to someone who goes on a ‘drunken eating binge’. She encouraged clinicians to educate patients about the risks of hypoglycaemia and how to manage it effectively.

Asked why patients do not reach glycaemic targets, Dr Francois van Zyl, a Cape Town-based endocrinologist, said guidelines are often based on clinical trials in which an ‘ideal’ environment is created for the patients. Unfortunately, things are not as predictable in the real world, he added. Patients’ lifestyles have an impact on adherence to treatment, as well as the support they receive through the stages of their diabetes journey.

A debate is currently raging between the American Diabetes Association (ADA) and the American College of Physicians (ACP) about ‘appropriate’ glycaemic targets. The ACP recommends that most Type 2 (T2DM) diabetic patients’ A1C levels should be 7% to 8%. The ACP argues that more aggressive targets can harm patients. Their recommendation is based on a review of existing guidelines and clinical trials, as published in a recent issue of the Annals of Internal Medicine. The ADA and other groups, however, criticised the ACP’s new target, saying it is too high. They recommend setting A1C targets at 7% or lower.

According to Prof Dave Segal, a paediatric endocrinologist, effective diabetes management comprises three mechanisms; namely insulin, diet and exercise. Drug therapy alone is not enough, he stressed. All three these mechanisms play an equally important role and if one is omitted, patients will continue to struggle to reach their glycaemic targets. He added that some patients develop a fear of hypoglycaemia. This is known as pseudohypoglycaemia. Pseudohypoglycaemia describes the disparity in actual and measured plasma/capillary glucose.

Prof Segal pointed out that glycaemic control should be individualised and should take certain variables such as gender, age, socioeconomic status, comorbidities, support structure, duration of diabetes, smoking and treatment adherence into consideration. Control of these variables, will improve outcomes. The key to better control, he said, is routine.

Fear of weight-gain is another reason why patients do not adhere to treatment and therefore do not reach glycaemic targets, according to Dr van Zyl. A number of patients – especially those with T2DM – are under the misconception that progressing to mixed insulin will result in weight-gain. Weight-gain is not associated with the use of insulin, but rather with the calories that the patient consumes to prevent hypoglycaemic events – known as defensive eating.

Prof Segal strongly recommended that clinicians take time to educate patients about the long-term complications of not meeting glycaemic targets. These include micro- and macrovascular diseases. This should be done within the first three months of treatment initiation. “It is extremely important that patients have an adequate understanding of the pathophysiology of diabetes and the advantages of reasonable targets.”

There is often a disconnect between what the clinician wants to achieve in the long-term and patients’ short-term concerns. Diabetes care is not a sprint, but rather a marathon, said Dr van Zyl.

In addition, he said, in order to provide proper diabetes care, changes need to be made to the healthcare ecosystem. Diabetes should be treated holistically and not as triage. Diabetes is very much a self-managed disease, requiring a multidisciplinary approach, he added.

What are the characteristics of the ideal insulin product?

Prof Segal and Dr van Zyl agreed that the characteristics of the ideal insulin product include predictability, accessibility, affordability and flexibility. In terms of accessibility, Sanofi announced that it will become the first pharmaceutical company in South African medical history to make a newly launched product available at the cost of a clone (R538).

In his presentation, Dr Reinhard Becker from Sanofi (Germany) discussed the differences between Gla-300 and insulin glargine 100units/ml (Gla-100). The pharmacokinetic (PK) and pharmocodnamic (PD) profiles of a product play an extremely important role in drug efficacy and safety. PK describes the relationship between dose administered and observed plasma concentration, whereas the relationship between plasma concentration and the response elicited is described by the PD.

PK is influenced by variables including dose, frequency of administration and route of administration, while PD may be affected by factors such as receptor expression and sensitivity. According to Dr Becker, Gla-300 provides a more even activity profile and prolonged glycaemic control at steady state compared with Gla-100.

Dr Aslam Amod, past chairperson and one of the lead authors of the new Society of Endocrinology, Metabolism and Diabetes of South Africa guideline provided an overview of the Edition, 1, 2, 3 and 4 studies, known collectively as the Edition Study Programme.

Riddle et al in New insulin glargine 300 units/mL versus glargine 100 units/mL in people with type 2 diabetes using basal and mealtime insulin: glucose control and hypoglycaemia in a 6-month randomised controlled trial (2014), compared the efficacy and safety of new insulin Gla-300 with Gla-100 in people with T2DM on basal insulin (≥42 units/day) plus mealtime insulin.

The primary end point was A1c change from baseline and the main secondary endpoint was percentage of participants with one or more confirmed (≤3.9mmol/L) or severe nocturnal hypoglycaemia from week nine to month six.

The researchers found that the participants (n = 807, A1c 8.15%) in both groups achieved similar A1c reduction. Fewer participants reported one or more confirmed (≤3.9mmol/L) or severe nocturnal hypoglycaemic events between week nine and month six with Gla-300 (36% versus 46% with Gla-100). Nocturnal hypoglycaemia incidence and event rates were also lower with Gla-300 in the first eight weeks of treatment. No between-treatment differences in tolerability or safety were identified.

The researchers concluded that Gla-300 controls A1c as well as Gla-100 for people with T2DM treated with basal and mealtime insulin but with consistently less risk of nocturnal hypoglycaemia.

Edition 2 was a multicentre, open-label, two-arm study. Adults receiving basal insulin plus OADs were randomised to Gla-300 or Gla-100 once daily for six months. The primary endpoint was change in A1c. The main secondary endpoint was percentage of participants with one or more nocturnal confirmed or severe hypoglycaemic events from week nine to month six.

Fewer nocturnal and any time (24 hours) hypoglycaemic events were reported during the entire six-month period. Weight gain was lower with Gla-300 than with Gla-100. No between-treatment differences in safety parameters were identified. They concluded that Gla-300 was as effective as Gla-100 and associated with a lower risk of hypoglycaemia during the night and at any time of the day.

The Edition 3 study was a multicentre, open-label, parallel-group study. Participants were randomised to Gla-300 or Gla-100 once daily for six months, discontinuing sulphonylureas and glinides, with a dose titration aimed at achieving pre-breakfast plasma glucose concentrations of 4.4mmol/l–5.6mmol/l (80mg/dl–100mg/dl).

They found that participants’ (n = 878) A1c levels decreased by equivalent amounts with the two treatments. Fewer participants reported ≥1 nocturnal confirmed (≤3.9mmol/l) or severe hypoglycaemia from week nine to month six with Gla-300 versus Gla-100. A significantly lower risk of hypoglycaemia with this definition was found over the six-month treatment period. No between-treatment differences in adverse events were identified. They concluded that Gla-300 is as effective as Gla-100 in reducing A1c in insulin-naïve people with T2DM, with lower hypoglycaemia risk.

Ritzel et al (2015) conducted, A patient‐level meta‐analysis of the Edition 1, 2 and 3 studies: glycaemic control and hypoglycaemia with new insulin glargine 300 U/ml versus glargine 100 U/ml in people with type 2 diabetes.

They found no significant study‐by‐treatment interactions across the studies, which enabled them to be pooled. The mean change in glycated haemoglobin was comparable for Gla‐300 and Gla‐100.

In New Insulin Glargine 300 Units/mL Versus Glargine 100 Units/mL in People With Type 1 Diabetes: A Randomized, Phase 3a, Open-Label Clinical Trial (2105), Home et al wrote that Gla-300, with its flatter PD profile compared with insulin glargine 100 units/mL (Gla-100), might be an effective solution to suboptimal outcomes.

Participants (n = 549) with T1DM, using a mealtime and basal insulin regimen, were randomised, open-label to Gla-300 or Gla-100 and to morning or evening injection, continuing the mealtime analogue, and followed for six months.

The change in A1c (primary end point, baseline 8.1%) was equivalent in the two treatment groups and Gla-300 was thus non-inferior. Similar results with wider 95% CIs were found for morning and evening injection times and for pre-breakfast self-measured plasma glucose (SMPG) overall.

They concluded that in long-duration T1DM, Gla-300 provides similar glucose control to Gla-100, with a lower risk of hypoglycaemia after transfer from other insulins, independent of time of injection, and less weight gain.

The Bright study was the first head-to-head randomised clinical trial comparing the efficacy and safety of Gla-300 versus insulin degludec. The primary endpoint was to determine if the effect of Gla-300 on A1c was similar to degludec. Secondary endpoints included the percentage of patients experiencing adverse events, the total number of participants with hypoglycaemia events during the study and the rate at which hypoglycaemic events occurred.

The study specifically followed 929 adults whose T2DM was previously uncontrolled on noninsulin medication. In a press statement released at the end of last year, Sanofi announced that Gla-300 met the primary study endpoints. Sanofi plans to provide full results later this year.