The reality is there will always be some patients whose pain you will simply never be able to get under control, and you can’t promise something you aren’t able to deliver. 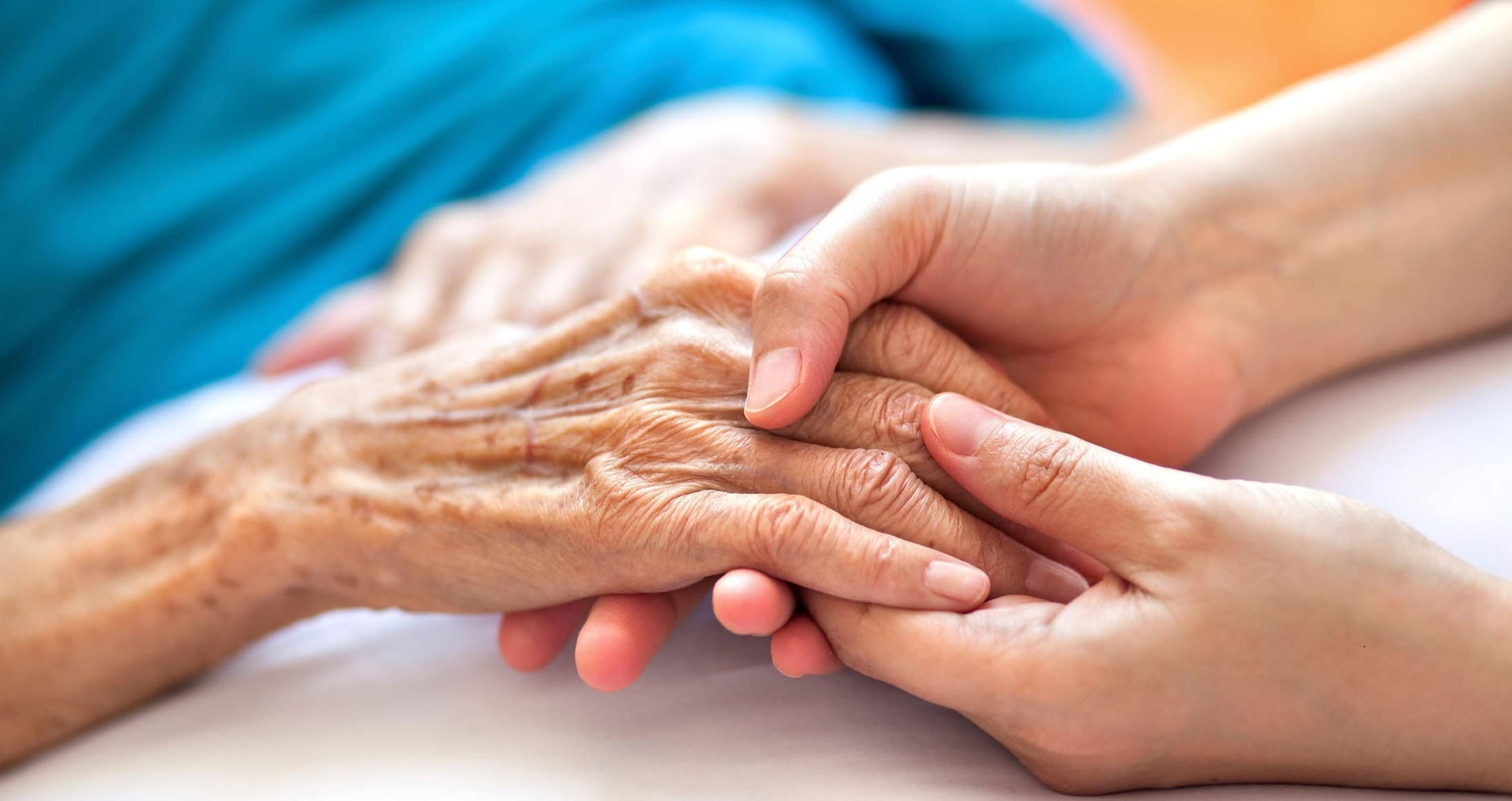 A patient who would naturally have died in a matter of days is given medications, dialysis, and other treatments, none of which will cure the patient. This isn’t actually helping the patient to live, it’s just stretching out the dying process, extending their agony.

A palliative medicine specialist, Dr Sue Walter has dedicated her life to a holistic approach to the treatment of patients suffering from life limiting illness. She has provided highly specialised medical interventions coupled with heavily personalised doctor/patient encounters.

Two years ago, Dr Walter found herself in a unique position when she was diagnosed with multiple myeloma. Having witnessed first-hand the results of treatment on patients, Dr Walter chose to forgo chemotherapy, radiotherapy or surgery, instead treating the symptoms of bone pain, fatigue, nausea, etc.

When the bone cancer forced her to stop practising medicine Dr Walter took up a new cause, fighting for the rights of people undergoing extreme irreversible suffering to have access to assisted dying or euthanasia, should they choose to do so. She has also taken it upon herself to educate healthcare workers about palliation.

Addressing faculty at the Steve Biko Centre for Bioethics last month, Dr Walter spoke about death and dying with personal reflections on the right to access assisted dying/euthanasia. “Healthcare professionals are not taught about palliative care. I remember it being a three-hour talk when I was in med school. Promisingly, as a four-year degree, it has now become a specialisation at UCT.

“About 50 years ago birth and death happened at home. They were very natural processes. But we’ve made them unnatural. Everything happens in hospitals now. This has resulted in a generation of children who are petrified of death, because the only exposure they’ve had to death is the violence they see on TV or the deaths of people in video games where they’re awarded points for shooting someone in the head multiple times.

So, there’s little wonder they’re scared of death, when in fact it’s a very gentle thing if you’re well palliated and looked after. It’s simply a gentle falling asleep.

ETHICS AROUND END OF LIFE CARE?

“It’s a human decision, there’s no right or wrong choice but rather a case of finding the best solution for each individual case,” said Dr Walter. “This almost always requires some kind of compromise. Those opposed to palliation, who feel we should always be fighting for life should think back to the original Hippocratic Oath which clearly states that we ‘should not give futile care’ because that is seen as abusive. We should not give care a patient can ill afford if it is not going to be of benefit.”

Because palliative care aims to provide comfort for patients, to ease their pain and suffering, much emphasis is placed on providing relief from symptoms, end of life care in comfortable and familiar surroundings, and on reassuring patients and their loved ones. Dr Walter’s goal is to bring palliation to the fore and introduce it in the private sector, so it isn’t viewed as a charitable cause.

“So many people refuse to go to hospice because they view it as synonymous to death. It’s important to be honest with patients and keep them informed. When it comes to palliative care, we want to give patients some choices. Do they want to be at home, at hospital, or in a hospice environment?

Given the choice, about 98% of people prefer to die at home. Those who prefer to die in hospital or hospice largely choose to do so because of children in the home. They’re concerned about what the children may see or hear.” “In general, bringing patients into hospital for palliative care simply prolongs the dying period,” said Dr Walter.

“A patient who would naturally have died in a matter of days is given all these medications, dialysis, and other treatments, none of which will cure the patient. We aren’t actually helping the patient to live, we’re just stretching out the dying process, extending their agony.” Dr Walter finds the lack of knowledge and understanding of palliation in the private sector shocking.

“The first time I tried to put morphine up for a patient in a general ward, staff rushed over with a resuscitation trolley and pushed the poor patient into ICU. We need to make palliation a normal step in care. Rather than so traumatic, try to make it a more ‘pleasant’ experience. Treatment doesn’t just impact the patient and family, but staff too. The more stressful the situation, the more likely we are to make mistakes.

“When it comes to the dying patient, we’re talking about the last three days. People often ask how you know when it’s the last three days? There are very telling signs,” said Dr Walter. “Look at their vitals, their blood pressure starts to drop, they get tachycardia, and they start to run a temperature.

The temperature is part of the dying process, the body is really working hard to try and die. When you see those three things together, and a patient doesn’t want to eat anymore it’s generally an indication they’re nearing the end. Very often they also start to push visitors away, they don’t want to socialise anymore, and many will curl into the foetal position. You can never know 100%, but usually, these are all signs they’re nearing the end.” Recognising when a patient is nearing the end of their life should directly impacts a physician’s choice of treatment.

There are often questions around whether a terminal patient in the last few days of their life who gets pneumonia should be treated with antibiotics. “According to Oxford Textbook, Oncology and Palliative, they have a three-day rule which says that if someone is in that parameter you leave it for three days. Thereafter, if they’ve stayed the same, or shown any improvement you give them the benefit and administer antibiotics. If, however, they have declined, you continue to withhold the antibiotics. The reason is, provided you’re ensuring they aren’t in any pain and don’t feel breathless, pneumonia is not a horrible way to die.”

“In palliation it is better to err on the side of mild dehydration,” said Dr Walter. “This is because if someone has a lot of sputum, they have to cough it up and will choke a lot more. The more hydrated the patient is, the more they’ll need to go to the toilet, the more uncomfortable they are. You get patients who swell up and their lungs become filled with fluid.”

“Often due to metastatic disease you get a build-up of calcium in your body,” said Dr Walter. “The drug, zoledronic acid, administered to bring the calcium down is very expensive. Each IV line of zoledronic acid costs approximately R3 000. You have to come to a stage where you ask when is it enough, how many times do you repeat the treatment? Blood transfusions: “Most terminal patients will become anaemic about four months before they die. When they’re given blood transfusions, they can experience brilliant, albeit temporary, improvement in their condition. However, the closer the patient comes to approaching the end of their life the more frequently they will require blood transfusions. Here again you have to decide when to stop administering blood transfusions,” said Dr Walter. “The key to this decision lies in when the risks outweigh the benefits.”

“When you go to an old age home, you’ll find most of the residents are on so many medications. They’ll be taking four tablets for hypertension, another two for thyroid problems, more for osteoporosis, a couple for diabetes, the list is endless,” said Dr Walter. “While the medications may well be justified, we tend to forget that many of these patients struggle to swallow. As we come to the end of our life, even if we aren’t sick, the swallow reflex starts to diminish. You’ll find that many patients simply cannot swallow the medications, they aspirate and can get pneumonia. Or, you get the nurses crushing up the tablets and putting them into yoghurt in an attempt to get them to swallow the medication. We must evaluate what is in the patient’s best interest, what is going to protect them in the next few weeks or months, not the next five years. For example, statins, no one’s really concerned about cholesterol at the end stage of life. The same is true for the thyroid. Why carry on with all these tablets which can only affect you in the long run?”

Dr Walter stressed the importance of discussing every single treatment option with the patient before carrying it out. “You need to decide for whose benefit the treatment is. For example, when contemplating whether to put up pain medication, who is asking for the pain medication? Is it the patient, or their uncle? Who benefits from it? I’ve had patients where I’ve applied a fentanyl patch at their request only to come back later to discover the family has removed it ‘so that Mommy is awake’. Why would you want ‘Mommy to be awake’ when she is suffering? She’s in so much pain and begs me to put the patch on again. It is beyond me that people who are not qualified seem to think they know better. The patient is your priority.”

THE REALITY OF EUTHANASIA

“Currently still illegal in SA, once in palliative care, many patients request euthanasia, not necessarily right at the beginning, but they’ll ask for it at some point,” said Dr Walter. “People anti-euthanasia often argue that should you be able to give patients palliation, once symptom control is achieved, they will no longer wish to die. While it sounds very logical, what they don’t consider is that patients with metastatic disease have multiple organ failure.

If you take a tablet of any kind, it needs to be metabolised, which requires it to go through a healthy liver, kidney, or both. These patients often don’t have that, making it impossible to control pain. This is the same for all symptoms, like nausea, it doesn’t matter what drugs you prescribe they need to be metabolised. Similarly, in patients on dialyses, as fast as you put the drugs into their body, the dialysis is flushing it out. You have to face the fact that there are patients where you will simply never be able to get their pain under control. And you have to be honest about that, you can’t promise something you can’t deliver.”

In August 2017 Dr Walter lodged an application in the South Gauteng High Court requesting legal permission to end not just her life, but also the life of one of her terminal patients, Diethelm Harck. The case is expected to be heard later this year. Eagerly anticipated, the outcome of the application will set a precedent for similar matters going forward.