The research discovered that the condition is primarily driven by functional and structural changes in the areas of the brain that generate pain. 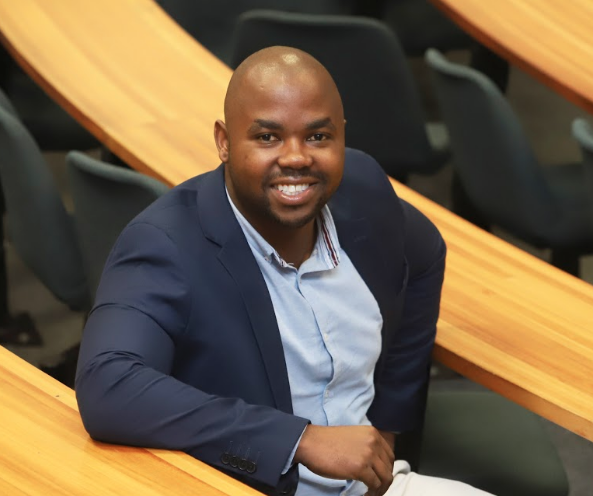 PhD candidate Katleho Limakatso, assistant lecturer in the Chronic Pain Management Unit based in the Department of Anaesthesia and Perioperative Medicine in the Faculty of Health Sciences, was wrapping up his work in the wards at Wynberg’s Victoria Hospital in August 2012, when almost on his way to catch a bus the sobbing man stopped him short. It was his left foot, he said, the burning pain was unbearable.

Limakatso’s first reaction was to help. But the UCT student wasn’t expecting to find what he did. The patient was an amputee – his left leg had been removed. But he could still feel a stabbing pain in a foot he no longer had.

In 2018 Limakatso and his supervisor, Associate Professor Romy Parker, completed a randomised control trial investigating the effectiveness of graded motor imagery (GMI) for reducing phantom limb pain in amputees. This three-step intervention activates the areas of the brain that control movements of the amputated limb. The treatment was initially developed by researchers in Australia. However, the UCT test is the first to be run in Africa and only the second study in the world to be completed. It was recently published in a journal paper.

Their study was conducted in the Victoria, Khayelitsha and Somerset hospitals. The aim of this was to target amputees from different South African cultural groups with varying levels of socio-economic status. In their study, 76% of the patients had undergone amputations because of complications of diabetes (infection and trauma are lesser causes of amputation). The first phase of GMI focuses on left/right judgements, where patients retrain their ability to judge right from left limbs using an app.

“Research has shown that an amputee’s ability to know left from right is very poor, so we retrain them,” says Limakatso. During this stage, right and left limbs in various positions are shown on the screen. The patient then identifies the side of the presented limb by pressing either the left or right key on the screen. At the end of each trial, the app records the accuracy and time taken to complete the trial. A score of 80% or more usually indicates that the targeted area of the brain is still intact.

“For example, when an arm is amputated, you don’t see it or feel it. There’s no external input, which is key to maintaining the integrity of the brain area that controls the arm. As a result, the representation of that arm in the brain starts to shrink – if you don’t use it, you lose it.” As it shrinks, the representation of neighbouring areas, usually the face, start to take over the area that previously controlled the amputated arm.

The good news is that the treatment works and has been tested in an African population. “It’s a huge development in pain management. Often pharmacological alternatives don’t work, medication is expensive and neither does surgery,” he says.

The next step would be to run a large multicentre trial across South Africa. “We need to inform patients and healthcare practitioners that it can be easily assessed and managed using the graded motor imagery programme. And that this treatment is affordable, accessible and effective.”