Paediatric neurosurgeon Dr Llewellyn Padayachy has introduced a novel diagnostic method, which uses the eye as a window to the brain. 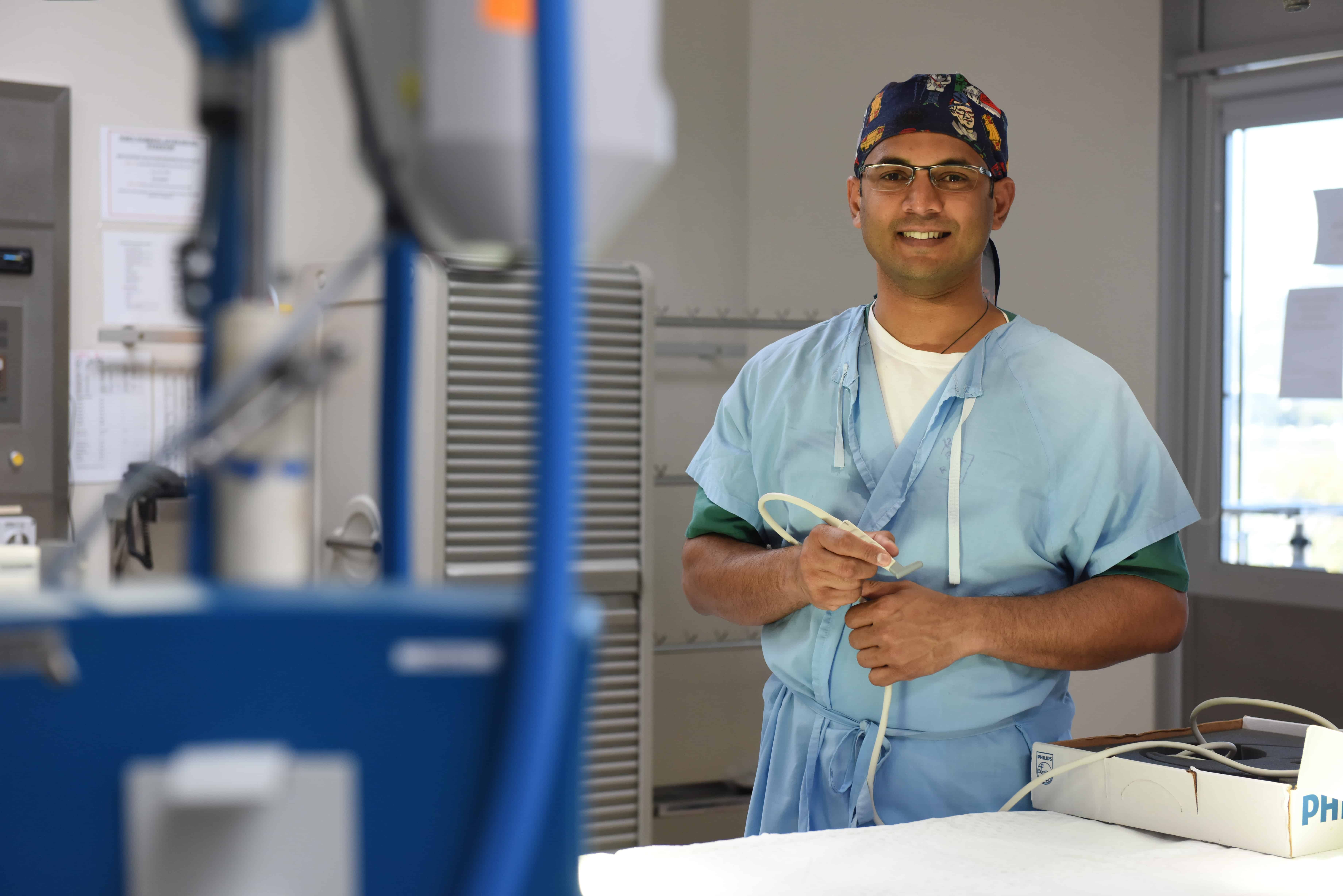 Dr Padayachy sought to create a tool that is as easy and effective as a thermometer and can exploit the relationship between the eye and the brain.

The eye delivers essential visual information but can also be used to extract information from the brain. Previously, the diagnosis of hydrocephalus and other causes of increased intracranial pressure involved drilling a hole in the skull in order to measure this pressure, as well as advanced imaging techniques, exposing patients to radiation.

Assessing pressure inside the brain is a vital part of diagnosing certain neurosurgical conditions including brain tumours, cranial deformities, traumatic brain injury and infection. At a UCT event, hosted by the Research Contracts and Innovation Department and supported by leading intellectual property law firm Spoor & Fisher, Dr Padayachy explained how he and his team started pushing the boundaries of what traditional ultrasound imaging technology could achieve, after seeing many paediatric cases that should have been diagnosed earlier.

“Once you understand the relationship between the eye and the brain, you can then find ways to see what you want,” he said. There are approximately 100 000 hydrocephalus cases on the African continent annually. In the US, it affects approximately one million people in every stage of life, from infants to the elderly and is said to be as common as Down’s syndrome and more common than spina bifida or brain tumours.

“Sadly, it is also the most common indication for brain surgery in children. Over the past few decades, there have been limited significant advances in the treatment of hydrocephalus, hence it is imperative that these cases are detected early,” says Dr Padayachy. The world-class scientific team from Norway and South Africa working on this development realised the potential of traditional static ultrasound assessment of the eye as a non-invasive method for detecting raised pressure in the brain, but also identified the shortcomings in its diagnostic accuracy.

They knew that advancing the current static imaging method was going to be the magic bullet. Their novel technique not only improves accuracy by analysing the dynamic properties of the back of the eye as a marker of pressure in the brain, but perhaps more importantly simplifies the acquisition process so it can be performed at a very basic healthcare level. In theory it could even be used at the side of a sports field after a hard knock. Dr Padayachy sought to create a tool that is as easy and effective as a thermometer.

As part of the process, the team learned not to measure the ICP by quantifying it, but as an index – the deformability index. According to Dr Padayachy, the optic nerve sheath is a balloon-shaped structure. As pressure in the brain builds up, fluid from the brain is forced along this sheath. It dilates this sheath in the same way that a balloon is inflated. “We figured that if this sheath appeared stretched when we compared it to other clinical and imaging markers, then this information could be really useful.”