An estimated 44%–87% of patients with rhinitis may have a combination of AR and non-allergic rhinitis (NAR). AR is a chronic inflammatory disease of the upper airways, defined by a nasal eosinophilic inflammation arising from immunoglobulin E (IgE)-sensitisation to seasonal or perennial aero-allergens.3,4,5 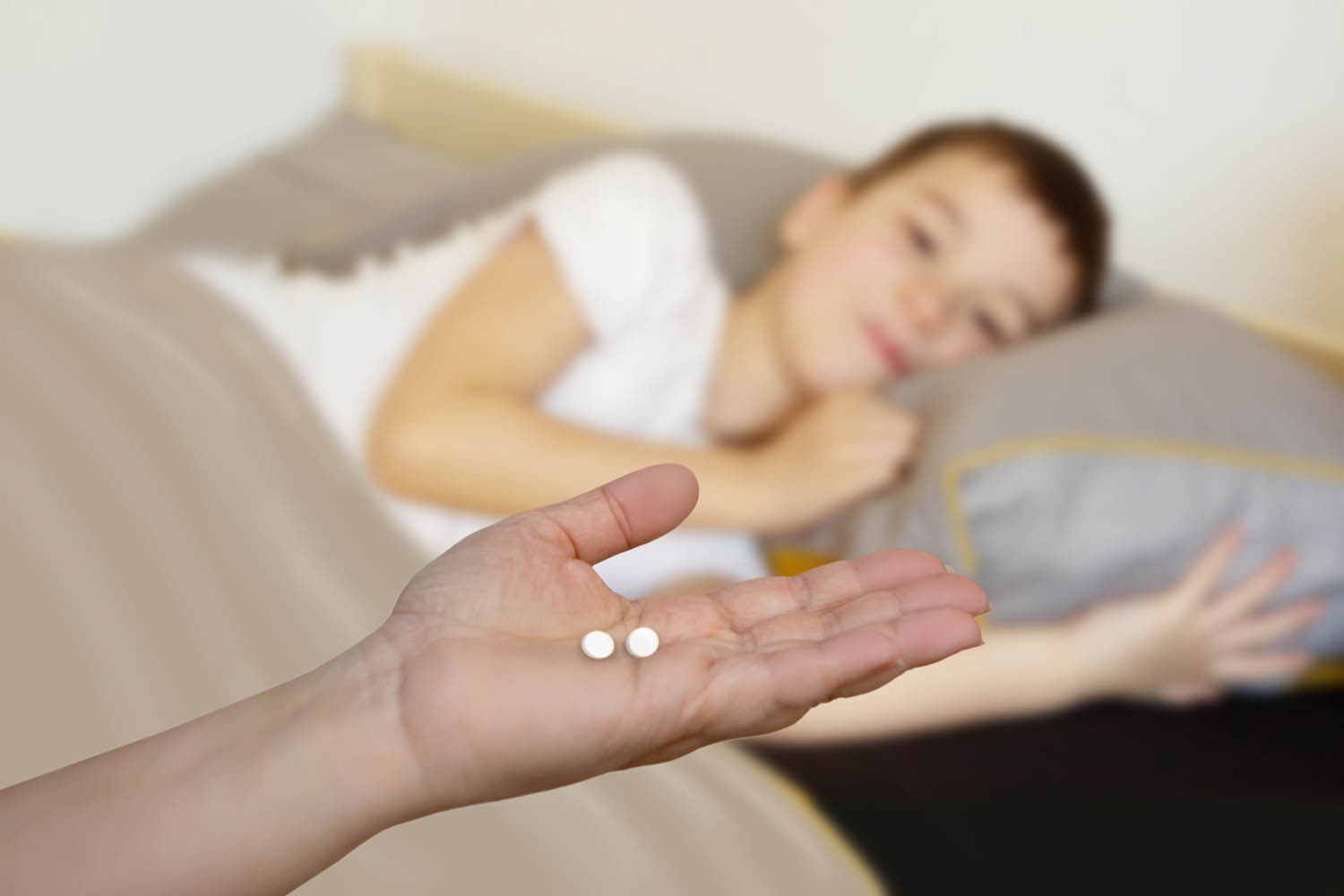 Despite the high prevalence of AR in childhood, the disease is often underdiagnosed or undertreated.

AR is considered a systemic illness and is often accompanied by constitutional symptoms such as fatigue, malaise, and headache. It also may be a comorbidity in patients with asthma, eczema, or chronic sinusitis.3,4

AR is characterised by sneezing, rhinorrhea, nasal congestion and nasal pruritus, which are often accompanied by ocular pruritus/redness and or watery eyes in 60%–70% of patients.2

As mentioned, AR has a significant impact on the QoL of patients as well as their care givers and is associated with a substantial economic burden. AR results in missed work and school days, impaired sleep, daytime somnolence and fatigue, irritability, decreased energy, reduced social and physical functioning and memory deficits.2

The underlying mechanisms leading to NAR is heterogenic and less well understood compared to AR. AR and NAR share the same symptoms. Nasal symptoms can be triggered by environmental irritants such as smells and particulate materials, as well as changes in weather and barometric pressure. Some patients respond to emotional stress, hormonal changes, and other unidentified stimuli.3,4

NAR has eight major subtypes which include:4

Types and classification of AR

AR is the most common type of chronic rhinitis. The 2020 American Joint Task Force on Practice Parameters (JTFPP) practice update distinguishes between seasonal AR (SAR) and perennial AR (PAR). SAR is defined as symptoms present for a specific pollen-related season, while PAR is described as symptoms present year-round related to non-pollen allergens.6

The AR and its Impact on Asthma or ARIA guideline distinguishes between:7

ARIA defines mild symptoms as the absence of all of the following:

Moderate to severe AR is defined as the persistent presence of any of the above.

AR usually develops at a young age (80% before 20 years of age) and about 40% of patients becoming symptomatic by age six. Although childhood and adult AR share similarities, there are also a number of differences. Several studies have examined the similarities and differences.2,3,5

Table 1: Similarities and differences between childhood and adult AR

As mentioned, AR is caused by an IgE-mediated reaction, which in turn leads to nasal inflammation of varying intensity. Allergens include pollens, moulds, animal dander, and dust mites.6

Two phases of responses are triggered by an IgE/allergen:6

The role of histamine as the primary mediator in the pathophysiology of allergic diseases was first identified in1910. During the release of mediators in response to an allergic reaction, a key molecule, platelet-activating factor (PAF), is released.8,9

PAF contributes to the inflammatory response by increasing the oxidative burst in neutrophils following phagocytosis of bacteria and enhances the synthesis of eicosanoids by leukocytes.9

During IgE-mediated hypersensitivity reaction in the lung, PAF induces mast cell release of serotonin and histamine, as well as platelet aggregation. Thus platelet aggregation can increase vascular permeability in acquired immunologic responses and result in inflammation.9

Histamine is a biogenic amine synthesised and stored mainly in mast cells and basophils. Histamine interacts with the histamine H1‐receptor, leading to various classical pathophysiological effects.8

These include for example vascular permeability, smooth muscle contraction, vasodilatation and flushing, mucus secretion and pruritus, which either singly or in conjunction with one another lead to bronchial obstruction in asthma, nasal blockage, sneezing, itching and discharge in rhinitis and itchy skin wheals/flares in urticaria. In AR patients, nasal challenges with histamine have shown that it increases nasal secretions, causing nasal blockage, sneezing and rhinorrhea.8

Apart from the classical activities of histamine, increasing evidence shows that histamine also elicits pro‐inflammatory and immune‐modulatory effects. Several studies have shown that histamine receptors are expressed on the cell surface of basophils, mast cells, neutrophils, lymphocytes, macrophages, epithelial cells, and endothelial cells, and therefore is likely to modulate the function of these cells.8

It is therefore likely that anti–histamines (AHs) have a wider impact on allergic inflammation, and that effects on immune cells, which have been linked to nonreceptor mediated pathways so far, may actually be receptor‐dependent.8

Based on these findings, researchers hypothesise that the anti–inflammatory effects reported for newer second-generation AH (sgAH) might derive from their interaction with the H1 receptor, rather than with other non-histamine receptors.8

Safety and efficacy of oral anti-histamines

Oral sgAHs are recommended as the first line of defence against intermittent and persistent AR. These agents are effective in blocking the release of histamine that is present in high concentrations during an allergic reaction. Oral sgAHs have been shown to be safe and effective for the suppression of nasal pruritus, sneezing, rhinorrhea, and accompanying ocular symptoms in adults with AR.4

But are they effective and in paediatric patients?

Potter et al (2013) conducted the first, large, multi-centre, randomised controlled study on the efficacy of a sgAH (rupatadine) in children (n=360) with persistent AR in both symptoms and quality of life. Children in the study were aged between six- and 11-years.10

The primary efficacy endpoint was the change from baseline in the Total Nasal Symptoms Score (T4SS nasal congestion, sneezing, rhinorrhea, itchy nose, mouth, throat, and/or ears) after 28 days of therapy. Rupatadine showed statistically significant differences compared with placebo, both at four weeks (−3.1 ± 2.1 vs. −2.5 ± 1.9) and six weeks (−3.3 ± 2.1 vs. −2.7 ± 1.9) in the baseline reduction in T4SS.10

Symptoms were assessed by parents/legal guardian before and after four weeks of rupatadine 1mg/mL oral solution administration, dosed according to body weight.11

All individual symptoms of T5SS, including nasal congestion, showed a decrease from baseline at both 14 and 28 day. Only 15 adverse events were reported, all of them were of mild intensity, and were considered not related to the study treatment.11

Rupatadine demonstrated an improvement of AR symptoms after a daily dose administration and proved to be safe in two– to five-year-old children, a population in which there is a general lack of clinical evidence, concluded the authors.11

Children are mostly affected by AR. AR negatively affects their QoL, resulting in missed school days, impaired sleep, daytime somnolence and fatigue, irritability, decreased energy, reduced social and physical functioning and memory deficits. Oral sgAHs have been shown to be safe and effective for the suppression of nasal pruritus, sneezing, rhinorrhea, and accompanying ocular symptoms in adults with AR. Few efficacy and safety of oral sgAHs in the treatment of AR in paediatric patients, have been published – especially in the two- to five-year age group. A recent study showed that rupatadine improves symptoms and general QoL in this patient population.