“While they may seem a harmless aid, accidents with walking rings have caused some serious injuries in babies over the years,” says Rene Grobler, Netcare’s national quality and systems manager for trauma and emergency. Grobler explains that 47 babies, at an average age of eight months, were treated for injuries ranging in severity from minor to critical at Netcare emergency departments since 2012, following accidents with walking rings. 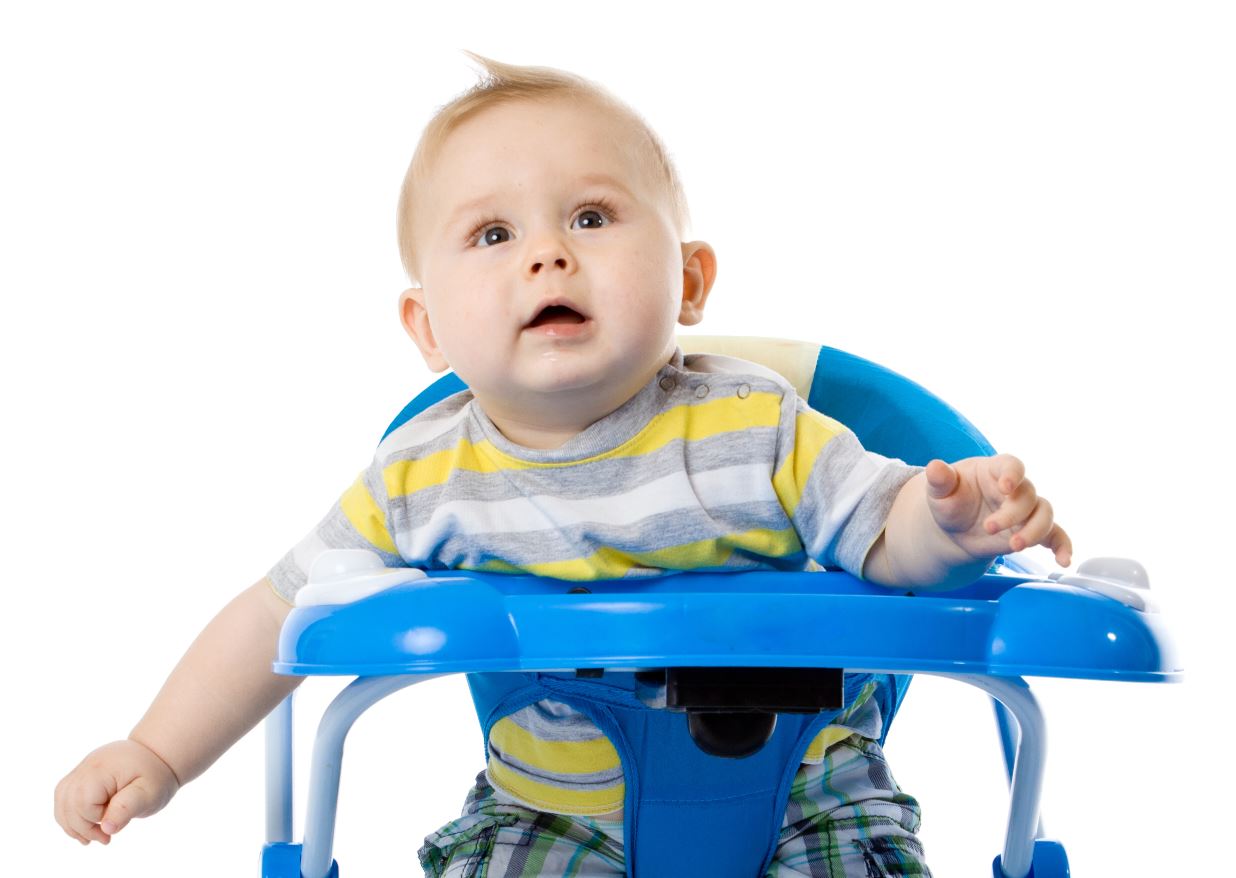 While they may seem a harmless aid, accidents with walking rings have caused some serious injuries in babies over the years [Image: Shutterstock].

“A walking ring makes it possible for a baby to propel themselves incredibly quickly – at a rate of up to a meter per second. In the blink of an eye, your child could be sent careening downstairs or head-first into a wall. The wheels on walking rings are usually very basic and may hook or get stuck on carpets or furniture, or break easily, adding further potential for accidents.

“Even if a baby is being closely supervised, the fast and uncontrolled movement of a walking ring makes it virtually impossible to prevent injuries that can happen unbelievably quickly,” she says.

“Most of the injuries recorded were to the babies’ head or face, and these injuries can be especially serious at such a young age. Childhood head injuries can be very serious with potentially lasting consequences, and medical attention should always be sought immediately.”

According to Grobler, babies in walking rings may also be injured by pulling on electrical cables or table cloths, potentially upsetting a kettle or electrical appliance onto themselves, causing burns.

“Another risk when it comes to ‘space-saving’ folding walking rings is that the mechanism may fail while in use, causing it to collapse and potentially resulting in injury to the baby.

“Previously it was believed that using a walking ring may help babies learn to walk sooner, however, it is now understood that if used excessively, this may potentially delay walking. It has also been suggested that a walking ring may not be ideal, as stumbling, falling and getting back up are part of normal development. Babies also learn a lot simply from exploring their environment with their hands before they are able to walk,” she says.

Mande Toubkin, general manager: emergency, trauma, transplant and corporate social investment at Netcare, adds that prevention of traumatic injuries in children aims to avert unnecessary pain, as well as health, educational and psychosocial consequences that may arise from such accidents.

“Awareness is a very powerful tool for helping to protect children from harm. If even one child can be spared injury because their parents and caregivers were made aware of the dangers associated with walking rings, this could make a big difference in that child’s future,” Toubkin says.