A keyhole procedure to repair a diaphragmatic hernia, a congenital defect in the diaphragm, was successfully performed on a newborn baby at Netcare Blaauwberg Hospital in Cape Town. 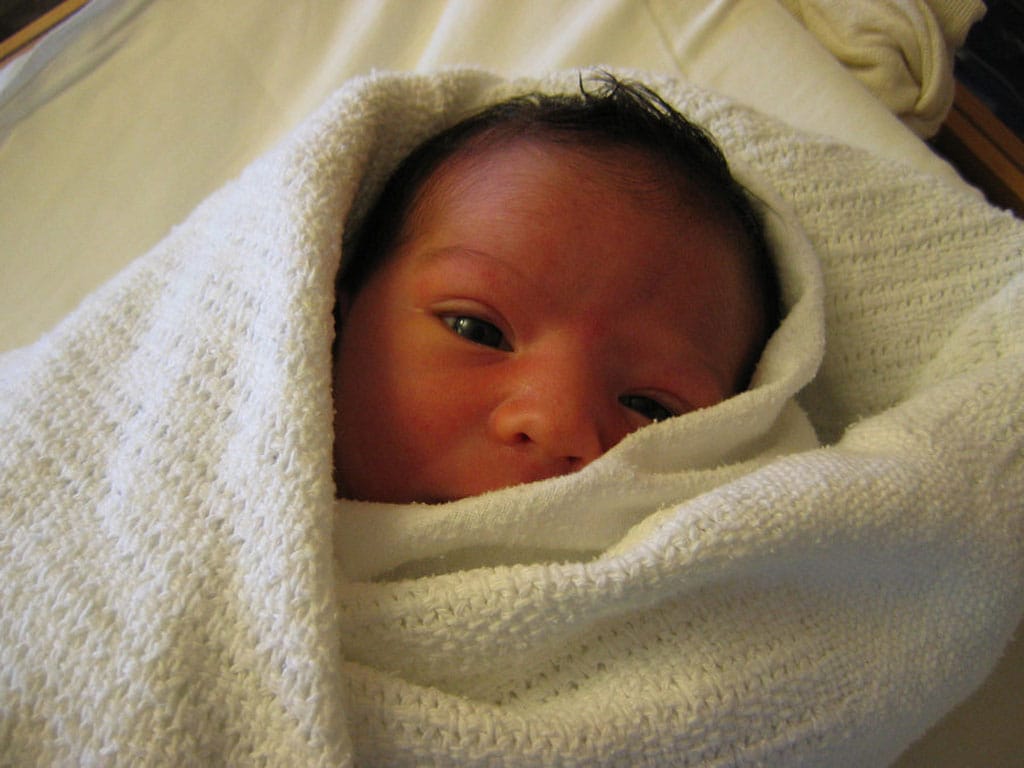 Keyhole surgery is preferable for newborns where possible, experts say.

Baby Stella healed rapidly after the procedure and now has just “three little marks” to show that she had an operation, says her mother, Dede Warren. “I am immensely grateful that my precious Stella, who is now growing and growing, had the option of this minimally invasive procedure, rather than regular open surgery,” added Mrs Warren, a mother of three from Durbanville.

“Professor Sidler and his team did a superb job to repair the defect, and we are delighted with the outcome. Stella had a follow-up examination late last week and it was evident that she had quickly recovered from the procedure and is developing strongly,” added Dr Dippenaar.

“For fragile newborns such as Stella, minimally invasive keyhole surgery offers numerous advantages over traditional open surgery. Although the procedure is intricate and requires a high degree of skill, it is considerably less traumatic to a baby than the open surgery that would traditionally have been performed. It is also less painful for the baby post-operatively and they tend to recover much more quickly.

“We are most gratified that this approach has been introduced here at Netcare Blaauwberg Hospital by Professor Sidler, who has considerable experience and specialises in minimally invasive procedures which he performs within both the private and public sectors. Professor Sidler and Dr De Vos, who also has a special interest in foetal surgery, were assisted with the surgery by paediatric anaesthetist, Dr Annemie Burke,” he noted.

Dr Dippenaar said that the anomaly in the baby’s diaphragm was detected early in the pregnancy by obstetrician, Dr Reinarda van Waart, by means of a foetal ultrasound. Mrs Warren was referred to foetal assessment specialist, Dr Shannon Morris, for further investigation, who discovered that baby Stella had a large diaphragmatic hernia. Mrs Warren was then referred on to Netcare Blaauwberg Hospital for further care and treatment.

Professor Sidler explains that the defect was placing pressure on the baby’s heart, resulting in a lack of oxygen to, and the underdevelopment of, the left lung. He says that if left untreated, the defect would have become life-threatening.

“As we knew about the problem prior to Stella’s birth, the team at the hospital were able to plan ahead, optimise maternal health, provide counselling, and finally perform a controlled delivery via caesarean section. Once Stella had been delivered she was placed on a ventilator and could be prepared for surgery. This was undertaken 48 hours later, once she was stable enough,” adds Dr Dippenaar.

Professor Sidler says the keyhole procedure was tricky, as he had to work within a tiny cavity and that suturing in particular can be difficult in such circumstances.

“Today, however, we have superb technology and tiny instruments to assist us to complete such interventions, and the results are well worth it.”

“As noted by Dr Dippenaar, keyhole procedures are preferable in appropriate cases as they are less traumatic and painful than open surgery, and the babies usually recover much more quickly. In addition, the cosmetic results tend to be much better.”

“The team at Netcare Blaauwberg Hospital’s NICU was fantastic: they were highly professional and provided me with a great deal of support and reassurance throughout my experience there. Dr Dippenaar in particular was always extremely fastidious and made sure that he explained everything thoroughly to us,” says Mrs Warren.

“My family and I are most appreciative to Dr Dippenaar, Professor Sidler and the nurses at the hospital for the outstanding care they provided to Stella and myself. We are also thankful that this option was available to our baby,” she concludes.