Experts from around the globe attended the World Congress on Osteoporosis, Osteoarthritis and Musculoskeletal Diseases. A contingent of South African healthcare professionals travelled to the meeting and here is what they learned. 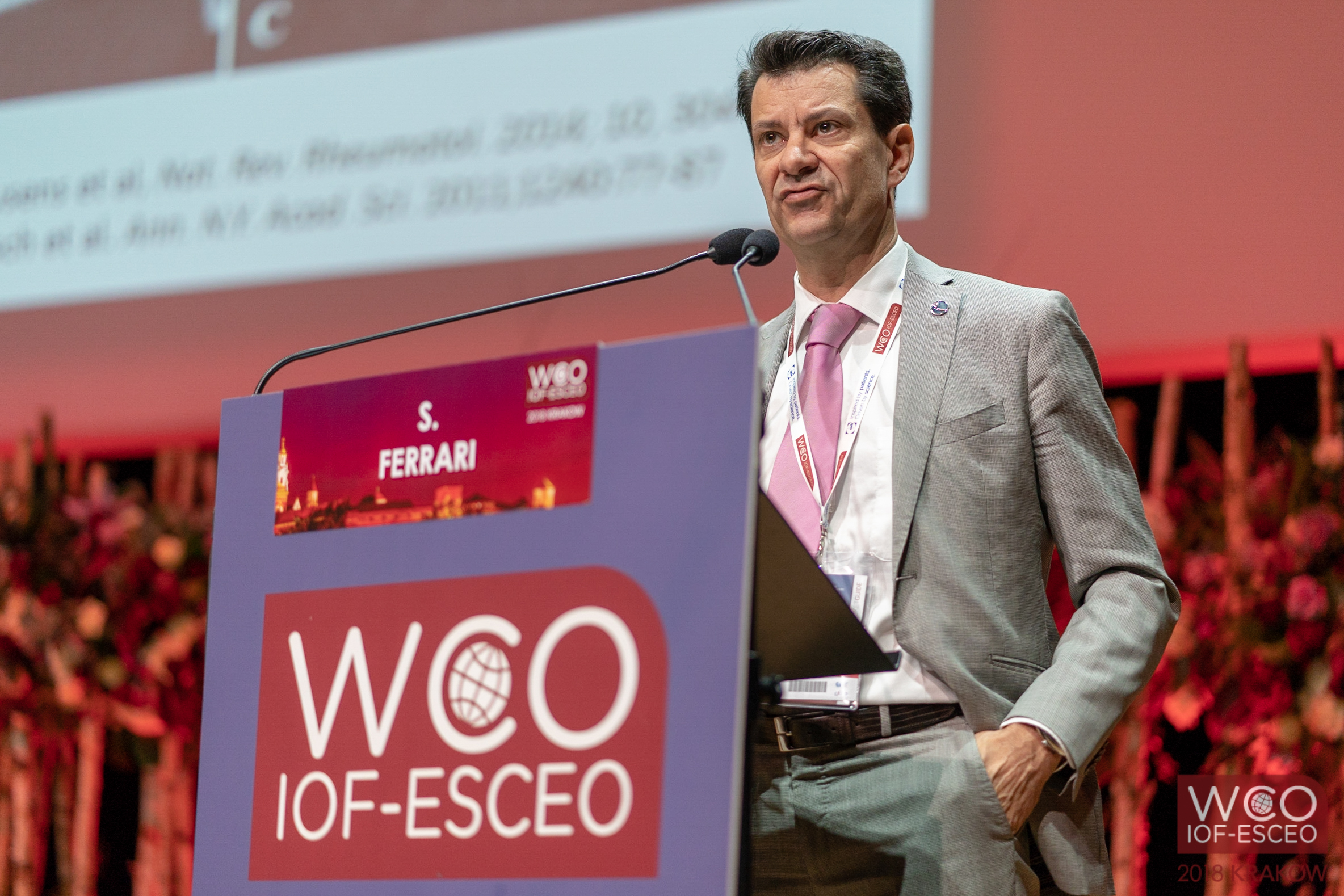 CHALLENGES IN DIAGNOSIS OF OSTEOPOROSIS IN THE YOUNG

Below, Dr Zane Stevens of the Cape Institute of Endocrinology and Stellenbosch University reports on osteoporosis in the young, a session facilitated by Prof Serge Ferrari of the Faculty of Medicine, University of Geneva (Switzerland). Prof Ferrari is also head of the Clinical Service and Research Laboratory of Bone Diseases, based in the Department of Internal Medicine Specialties, Geneva University Hospital.

In contrast to postmenopausal females or men older than the age of 50 where osteoporosis is defined as a T-score £-2.5, the definition in younger adults remains problematic. In the age group of 20-50, to diagnose osteoporosis, it is necessary to differentiate those with true fragility because of altered bone remodelling from otherwise healthy young individuals who happen to have lower bone mass due to genetic or other factors. The IOF convened a working group on the diagnosis and management of osteoporosis in the young to assist in this clinical problem.

DEFINITION OF OSTEOPOSROSIS IN THE YOUNG

Before peak bone mass is attained, Z-scores must be used to define low bone mass for age. The International Society for Clinical Densitometry has proposed that Z-scores £-2.0 should be used until menopause or the age of 50 to define low bone mass for age. In an effort to align with the well-known definition of osteoporosis as proposed by the World Health Organization (WHO), and because after peak bone mass the Z- and T-scores are virtually the same, the IOF advocates using a T-score-based diagnosis in young adults of £-2.5.

Young individuals suffering from chronic diseases known to affect skeletal health or those presenting with low trauma fractures, should undergo a dual-energy x-ray absorptiometry (DXA) and if a T score £ -2.5 is found, should be investigated for an underlying cause.

Clinical pathway for determining the cause of bone fragility in young adults with low bone mass density, vertebral fracture, and/or multiple fractures 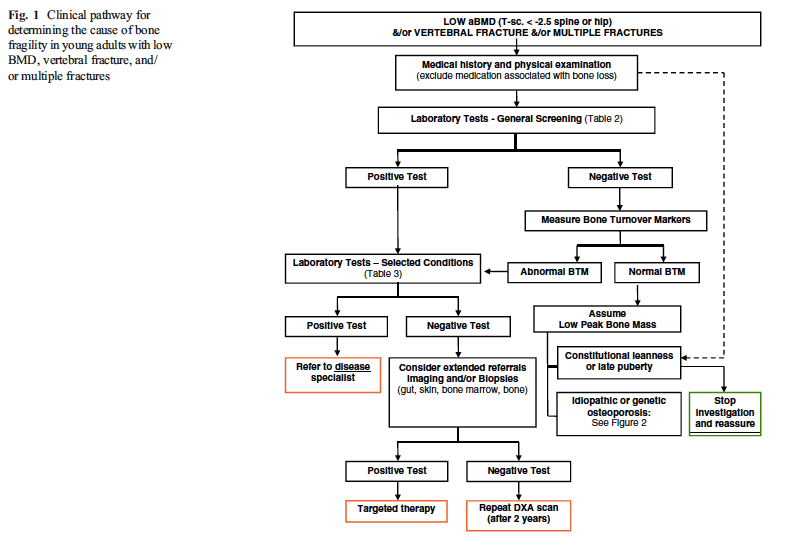 Once secondary causes have been excluded, a genetic or idiopathic aetiology would need to be considered.

The treatment should be focused towards the underlying secondary causes e.g. addressing Vitamin D or other nutritional deficiencies, treating underlying chronic disorders or treatment with gonadal steroids. The use of bone specific drugs in this age group has limited evidence and warrants specialist referral to be considered in selected cases.

Dr Hayley De Wet, a specialist physician with a passion for bone health and osteoporosis reports on imminent fracture risk:

This decreases with time to 40% in women and 30% in men at six months and is around 5% for both by 18-24 months. In addition to time from incident fracture, other strong predictors of future fracture risk are severity and number of previous vertebral fractures and increasing age. 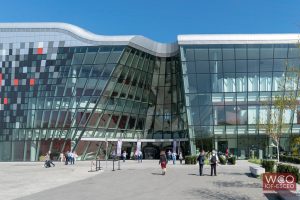 This increased risk in patients with an incident osteoporotic fracture has given rise to the term imminent fracture risk. Clinical use of this terminology allows for better identification, referral and appropriate care aimed at reducing fracture risk. Clinical management focuses on the underlying cause of bone fragility; bone health management plans as well as falls risk assessment and prevention.

Bone specific pharmacological interventions are effective in reducing imminent risk. The Health Outcomes and Reduced Incidence with Zoledronic Acid Once Yearly (HORIZON) study demonstrated reduced rate of new clinical fracture 92 versus 139 for zolendronic acid versus placebo administered within 90 days after the incident hip fracture, whilst the rate of new nonvertebral fracture was 79 versus 107. The vertebral fracture treatment comparisons in Osteoporotic women (VERO) study confirmed the efficacy of teriparatide in significantly decreasing the incidence of new vertebral fractures over 24 months.

The fracture liaison service (FLS) model is aimed at this high-risk group. FLS serves a pivotal role in identifying patients with incident fractures and ensuring they receive individualised appropriate assessment and treatment without falling both literally and figuratively through the ‘cracks’. This provides worthwhile clinical dividends in a cost-effective manner.

Dr Alan Alperstein, obstetrician and gynaecologist with a special interest in endocrinology, contraception, menopause, pelvic floor issues and osteoporosis reports on the session presented by Prof Charlotte Beaudart. Prof Beaudart works in the Department of Public Health Epidemiology and Health Economics at the University of Liege (Belgium). Her focus areas include sarcopenia and geriatrics epidemiology.

Ageing could be associated with physiological anorexia, decreased caloric intake, malnutrition, and weight loss, which can lead to a decline in muscle mass and muscle function, characterised under the term sarcopenia. It has been suggested that a balanced nutrition intake may be useful in preventing or even reversing sarcopenia.

As part of the five-year prospective longitudinal study known as Sarcopenia and Physical impairment with advancing Age (SarcoPhAge), Prof Beaudart and colleagues focused on the associations between dietary nutrient intake and sarcopenia.

Subjects were recruited from the SarcoPhAge study population, a Belgian cohort of community-dwelling subjects aged 65 years or older. Sarcopenia was diagnosed according to the criteria of the European Working Group on Sarcopenia in Older People.

A food frequency questionnaire (FFQ) was developed by Prof Beaudart and her team, using a one-month recall period, was administered to the participants that were seen for a second-year follow-up.

Two sets of meal pictures were displayed to estimate the portion of food daily consumed per participants. The Nutritional Belgian Recommendations of 2016 were used eg adequate intake (AI) and estimated average requirement (EAR).