Purines are organic compounds that are not necessarily harmful. In fact, they are part of all human tissue and found in many foods. Purines produce uric acid and uric acid produces urate crystals. Uric acid has two chemical forms (tautomers) in which it exists. The one is stable and the other unstable. The unstable form can form urate crystals which are nearly insoluble in water and deposit themselves in the joints to cause gout. 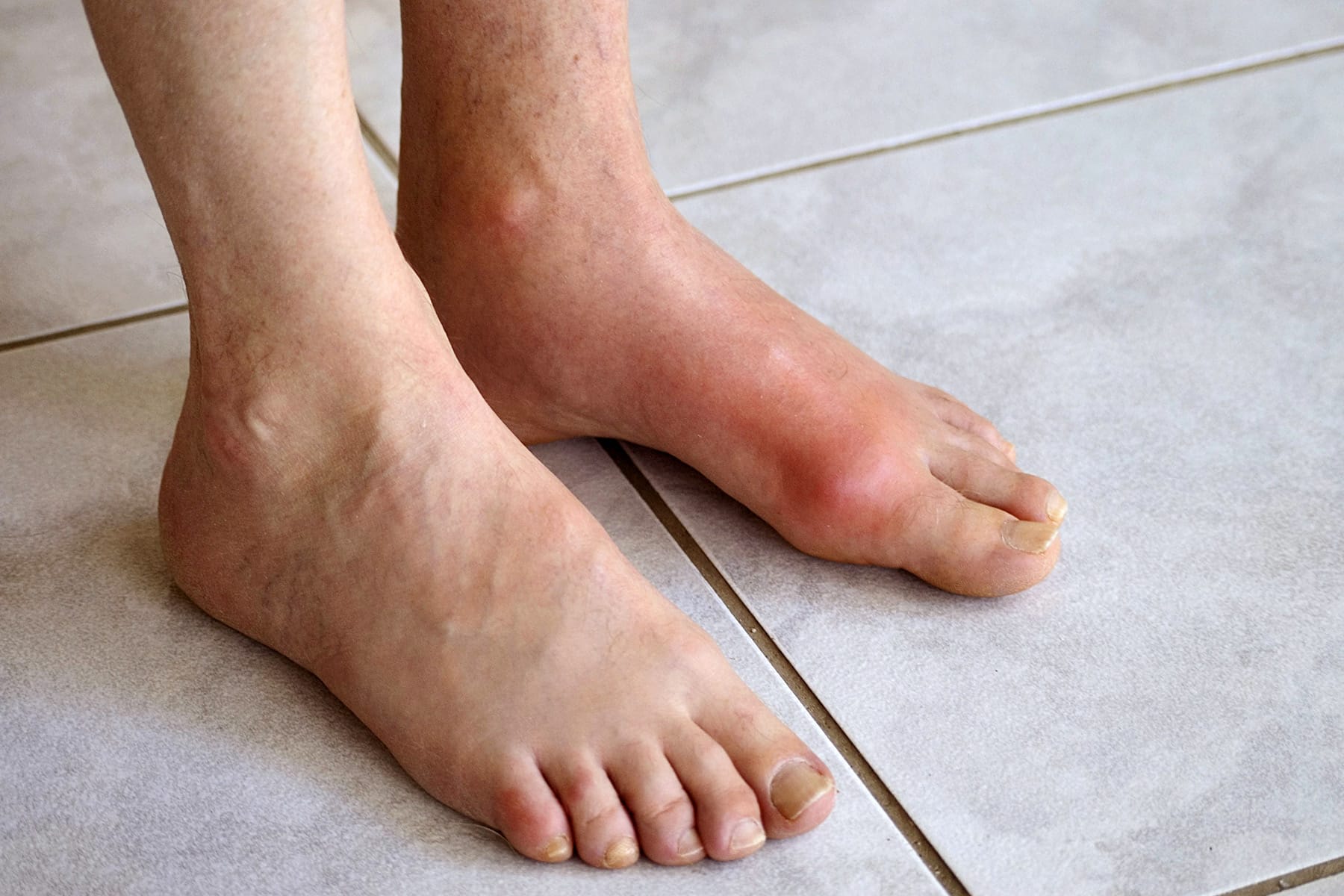 A form of arthritis, gout causes pain and discomfort in the joints. Podagra, an acute attack of gout in the big toe, accounts for over 50% of all acute attacks.

The uric acid excess (hyperuricemia) can be caused by the following:

A common form of arthritis, gout is characterised by recurrent attacks of extreme pain, swelling, and redness. Unlike most other types of arthritis which develop slowly, an attack of gout occurs suddenly, quite literally overnight. Gout can present in different joints, but the first metatarsophalangeal joint (big toe) is most often affected. Called podagra it accounts for 50% of all gout attacks. Other joints, such as the heels, knee, wrist, and fingers may also be affected.

The following are characteristic of gout:

Pain management is a crucial part of living with gout. The aim of gout treatment is to settle the symptoms of the acute attack quickly and safely. This treatment is usually short-term and limited to the duration of the flare. An acute gout attack will generally reach its peak 12-24 hours after onset, and then will slowly begin to resolve even without treatment. Full recovery from a gout attack (without treatment) takes approximately 7-14 days. The following are used to assist with the treatment of gout:

Gout is an incredibly painful condition but making these healthy lifestyle changes may help prevent gout attacks. The emotional effects of gout can have just as much impact as the physical symptoms. Long term damage and severe pain from the attacks of gout can affect patients’ daily life, disturb sleep, and affect mood.

1. High uric acid levels – no symptoms. During the first stage, patients have high uric acid levels but no other symptoms.
2. Acute gout attacks – excess uric acid has formed crystals, causing painful inflammation in the joints. During the attack (which may come without warning) the area becomes hot, red, swollen, and extremely tender.
3 . Between gout attacks – even when patients aren’t experiencing painful attacks, they still have gout. In fact, research suggests that the uric acid crystals that cause painful gout attacks remain in the joints as long as uric acid levels are high. So, joint damage may still continue even between gout attacks.
4. Chronic gout – gout’s final phase is the most disabling phase of the disease. Over time, deposits of crystallised uric acid can cause chronic pain, destroy joints, damage surrounding tissues, and may also lead to deformities.

Patients suffering from gout will benefit in the long term from healthy changes to their lifestyle taking steps to decrease their uric acid level and keep it low: